‘Office’ Fans Rejoice! John Krasinski Has Revealed That In 2020 Jim And Pam Abandon Their Children And Leave Scranton To Follow Coheed And Cambria On Tour 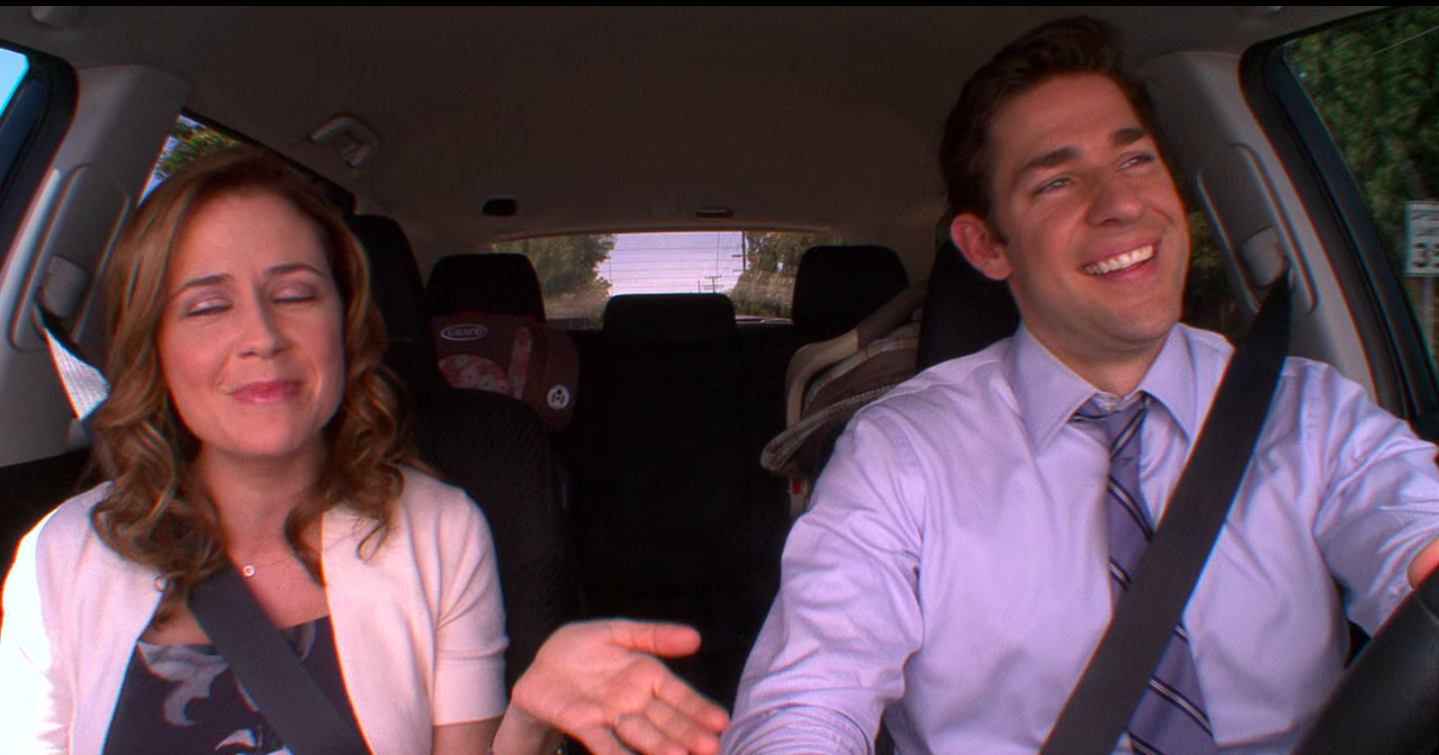 If you’re an Office fan wondering what your favorite characters from Dunder Mifflin have been up to since the series ended, you’re in luck, because one of the show’s stars just dropped some exciting new details about everyone’s favorite couple! John Krasinski has revealed that in 2020 Jim and Pam abandon their children and leave Scranton to follow Coheed and Cambria on tour.

Yes! So awesome to get this unexpected update from the world of The Office!

Krasinski dropped the news during a recent interview with Esquire, giving diehard fans a glimpse into what’s happened in his character’s life since the series ended in 2013:

“A lot of people ask me, ‘John, what would Jim and Pam be up to today?’ and I know for a fact that it’s this: One day in early 2020, Pam turns to Jim and says, ‘I’m tired of these kids. I’m tired of this life. I want to watch Coheed shows until I die.’ And Jim says to Pam, ‘You read my fucking mind, babe,’” Krasinski revealed. “The next day, Jim and Pam drop off their 10-year-old daughter Cece and 8-year-old son Philip at an orphanage and then immediately drive 800 miles to catch the band’s next show. It’s the happiest day of their lives.”

Krasinski went on to describe how Jim and Pam spend their days driving a van around the United States in order to attend every single Coheed and Cambria show, completely abandoning their careers and burning through their savings. The actor also gave fans a special treat by revealing that Michael Scott and Stanley Hudson join Jim and Pam for a Coheed show in Peoria, NY, and after the show Michael gives Jim, Pam, and Stanley tattoos of the Keywork symbol. Sadly, Pam and Stanley get into a fist fight later that night because they have different fan theories about the ending of the Amory Wars saga. “It all works out though, because Michael puts ‘Everything Evil’ on the stereo and soon Pam and Stanley are hugging each other and singing along as if the fight never happened,” Krasinski was quick to add.

Krasinski also revealed that Jim makes the decision to embezzle $50,000 from Dunder Mifflin so that he and Pam can afford to keep following Coheed and Cambria overseas for a series of European tour dates. After a concert in Lisbon, Jim and Pam see the band’s lead singer Claudio Sanchez in the arena parking lot and say, “We’re Jim and Pam from Dunder Mifflin,” to which Sanzchez responds, “I don’t know what that is,” and then boards the tour bus.

Unfortunately for Office fans, Jim and Pam’s life on the road isn’t perfect. Krasinski said that Jim and Pam keep getting calls from their children begging them to take them back, and that every time they get one of these calls Pam says, “I am no longer your mother. I am a Child Of The Fence,” and hangs up on them. Eventually they change their phone numbers so their children can no longer contact them.

What an awesome gesture from Krasinski to continue treating fans to character updates years after the series finale. We wish Jim and Pam the best of luck following Coheed and Cambria on tour, and we can’t wait to hear about what life has in store for them next!