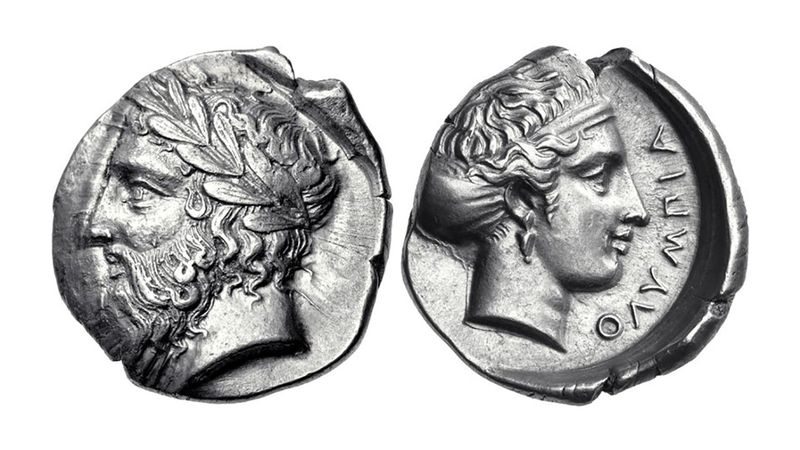 It’s just a little white lie. No one will suspect a thing.

Here’s what you need to remember: This Roman coin has the emperor Claudius on one side and his successor, Nero, on the other. Got it? Claudius and Nero. Tell anyone who asks you went to the museum and you saw this amazing coin with Claudius and Nero. Without question, one of the highlights of your trip to the “museum.” It might as well be true. Go ahead and let them believe it.

Remember, you really did see these coins. Sure, it wasn’t exactly at a museum, but who needs to know that? No one. Let yourself practice saying the words: “I was at the museum earlier and—oh, wow—the Roman coins. I saw so many Roman coins at the museum today.” There. Just like that. What’s the harm?

Do it. Play them all for fools. Tell how you saw this coin in its glass case. Tell how the placard underneath dazzled you with history. Was this the only coin that remained in circulation from Caesar’s time to Jesus’? Sure. Wow. What a thing to learn in a museum! God, it’s so easy. You’d probably pass a polygraph at this point.

How could they contradict you, anyway? They don’t even know which specific coins you’re talking about. That’s the beauty of the whole scheme.

Tell them all about the museum. Tell them about how beautiful it was. Talk about the pots next to the coin exhibit. The pots were amazing, but it was the coins that took the cake. You saw a silver drachma. The kind used in the Punic Wars. There was a wishing fountain at the entrance of the museum. Tell them about how it set you to thinking: Which one of those coins in the fountain will one day be a relic in a museum of its own, just like this one?

Suppose someone gets suspicious. Suppose they ask which museum. So what? Make something up. Tell them you went to the Burlingheim. Yeah, yeah, that new museum downtown. Tell them you forgot where exactly. Well, was it the Burlingheim after all? You’re not sure. It could have been any museum. Darn, you must’ve gotten distracted thinking about all those glorious Roman coins.

Great. You’ve seen all the coins now. You know what they look like. For all intents and purposes, you’ve been to a museum. Maybe in your own mind, you already can’t quite remember if you went to the museum today or just looked at pictures of coins online. Maybe you are beginning to believe it yourself. Maybe believing is simply the beginning.