Oscar Pistorius Was Found Not Guilty, And It’s Time We All Apologized To Him 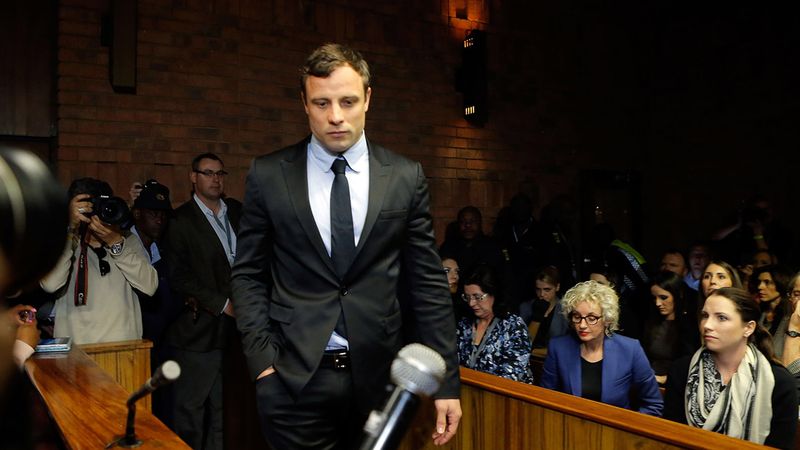 Well, well, well. For months, we’ve all been painting Oscar Pistorius as some sort of cold-blooded killer, but now the verdict is in, and guess what? Earlier today, he was found NOT GUILTY of the premeditated murder of his girlfriend, Reeva Steenkamp.

So, I guess it’s time to face the music. The man we’ve all been demonizing and accusing of doing horrific, unforgivable things has now officially been acquitted in a court of law. That’s right. I don’t know about you, but I’d say we owe this man an apology, because if anyone’s guilty in this scenario, it’s us—guilty of making hurtful assumptions.

We just assumed that because he confessed to shooting his girlfriend and numerous witnesses reported hearing belligerent arguing beforehand that he had indeed murdered her. We shook our heads at the inconsistencies in his testimony and at the very notion that a rational response to hearing a noise in the bathroom is to immediately fire bullets with the intention to kill. We figured that because he had a history of domestic violence and had previously been involved in dangerous situations involving firearms that he was predisposed to murderous behavior against loved ones. But now that the court has spoken, we all ought to be feeling ashamed.

…If anyone’s guilty in this scenario, it’s us—guilty of making hurtful assumptions.

The time has come for us to eat a big bowl of crow and apologize. We doubted Oscar Pistorius through every stage of his trial, and for what reason? Because he was born a little differently than the rest of us? Because he walks around on prosthetic legs? Because all of the evidence and common sense was stacked against him?

In retrospect, the fact that we could ever hold such a mentality is beyond sickening.

In the coming weeks, Oscar will face rulings on lesser charges, and there’s still uncertainty surrounding his future. But until a final verdict is reached, I suggest that we all leave the judgment up to the judge, and instead spend some time cross-examining ourselves. All his life, Oscar has been able to rise above adversity; shouldn’t we, then, be able to rise above our own pride and apologize?