Our Brave Savior: Donald Trump Is Working TIRELESSLY To Return The Precious White Orbs Obama STOLE From The FURIOUS Dwarf King That Lives Under America 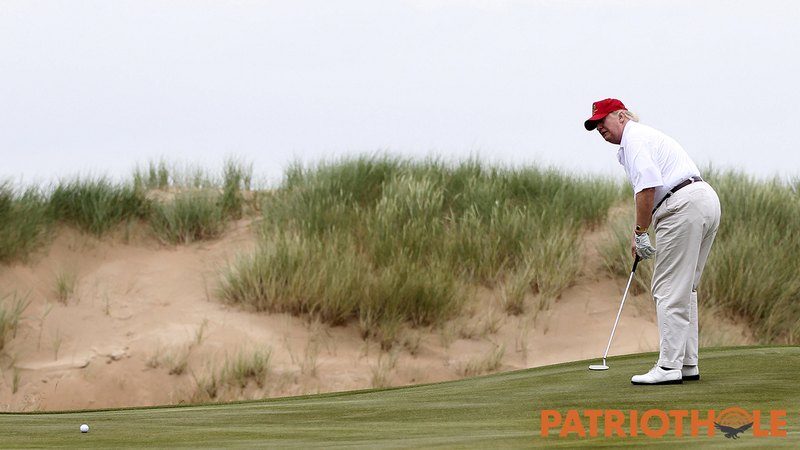 President Trump is hard at work to fix the disaster that idiot clown Obama left America in. The socialist bozo STOLE the Dwarf King’s precious white orbs, and the dwarven monarch is FURIOUS and SWEARS VENGEANCE against the surface world unless his beloved stone spheres are returned to his SUBTERRANEAN KINGDOM. Fortunately, Donald J. Trump is toiling around the clock to DELIVER the white orbs into HOLES leading back underground where they belong.

Thank you, Mr. President. Your hard labor is all that stands between the United States and the Dwarf King’s enraged army of ax-wielding, dwarven berserkers.

This sorry state of affairs is all BARRY HUSSEIN’s fault. For many centuries the SURFACE REALM of America and the DWARVEN UNDERKINGDOM that rests beneath the entire USA have existed in peace, because we obeyed the ANCIENT WISDOM to never meddle with the Dwarf King’s gleaming white stones. Harmony reigned until Presidumb Obama went mad with ORB LUST and cravenly crept into the subterranean CAVELANDS to rob the dwarven treasury and fill his BURGLAR’S SATCHEL with the SPHERICAL TREASURES. Then Obummer’s BAD ODOR was picked up by the keen-nosed DIREMOLES that dwarves use instead of dogs, and the royal dwarf guard chased the COMMANDER-IN-THIEF through tunnels up to the sunlit land of America where the hapless COMMUNITY ORGANIZER panicked and DISCARDED his ILL-GOTTEN ORBS hither and yonder across the meadow to distract his pursuers.

Now the alabaster gems are scattered around the grasslands, but STRONG President TRUMP is working tirelessly to make things right by knocking the WHITE ORBS into small CIRCULAR CHASMS that lead down to the Dwarf King’s underground palace. Armed with only a SILVER CLUB forged by the finest blacksmiths of Trump Tower, the president is venturing o’er field and hill on a brave quest to find every last white stone and placate the Dwarf King’s rightful Obama-induced anger.

Yep, there’s no denying that Odumper really made a mess of things and only the REAL AMERICAN Donald Trump can fix the mess.

It is not an easy road, nor a pleasant one, that awaits our DILIGENT and DAUNTLESS president. Perilous traps of DEADLY SAND and TEMPEST-TOSSED LAKES wait to ensnare the dwarf stones. Only by striking swift and true with his holy cudgel can Mr. Trump send the ROUND RELICS soaring through the air over these FEARSOME PITS.

Without rest, without pause, without the succor of home and hearth, President Trump toils day after day at this strenuous task. It is HARD WORK to be a CLUB-SWINGING HERO like President Trump.

We must pray that Noble Donald succeeds in returning the ROUND IVORY TREASURES to the DWARF KING quickly, because the wrath of dwarves is AKIN TO A DORMANT VOLCANO, for they are reluctant to anger but BRUTAL and IMPLACABLE once their fury is kindled. Do not doubt that the dwarven GEAR-POWERED WAR MACHINES are tunneling upward as we speak, ready to destroy America and TAKE THE ORBS BY FORCE if Dashing Trump fails in his divine mission to KNOCK THEM INTO SMALL HOLES WITH HASTE.

Please, good President Trump! Continue your steadfast labor and complete this VITAL TASK of knocking orbs into holes! Your hard work is crucial to save America from the Dwarf King’s vow of WROTH AND RUIN.