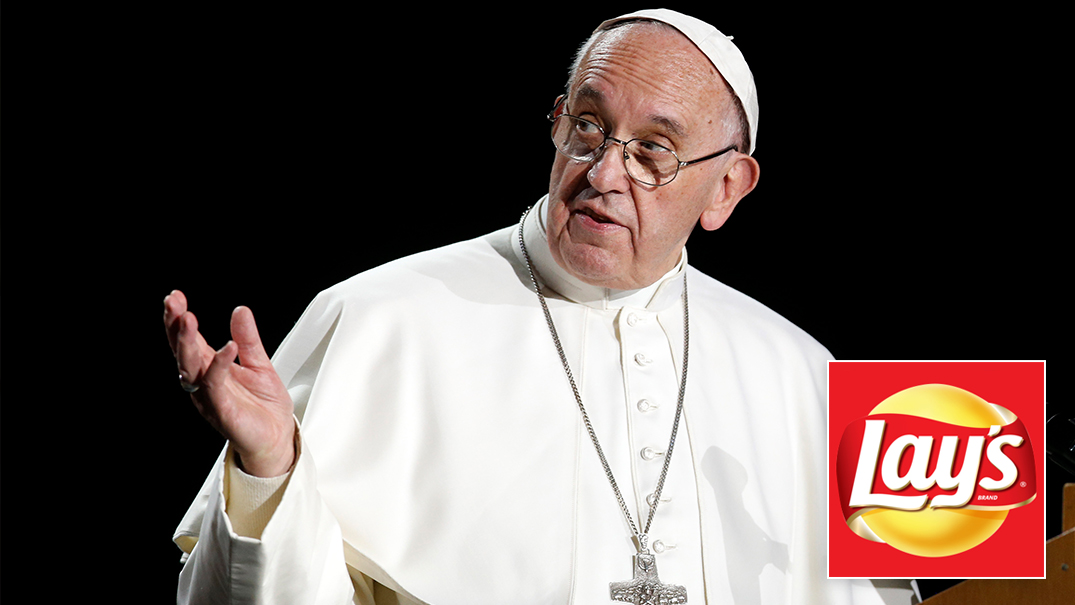 Since his confirmation in 2013, Pope Francis has proven himself to be a trailblazing and progressive leader unafraid to take the Catholic Church into brave new territory, and it looks like he’s done it again. Pope Francis is aggressively campaigning on Twitter for “Holy Eucharist” to win Lay’s new flavor contest.

Amazing. It’s absolutely incredible how committed Pope Francis is to helping the Church evolve and adapt over time!

Wow. You’ve got to love an activist pope who isn’t afraid to fight for what he believes in. It will be incredibly interesting to see if Lay’s listens to the Pope and gives the world a Eucharist-flavored chip!