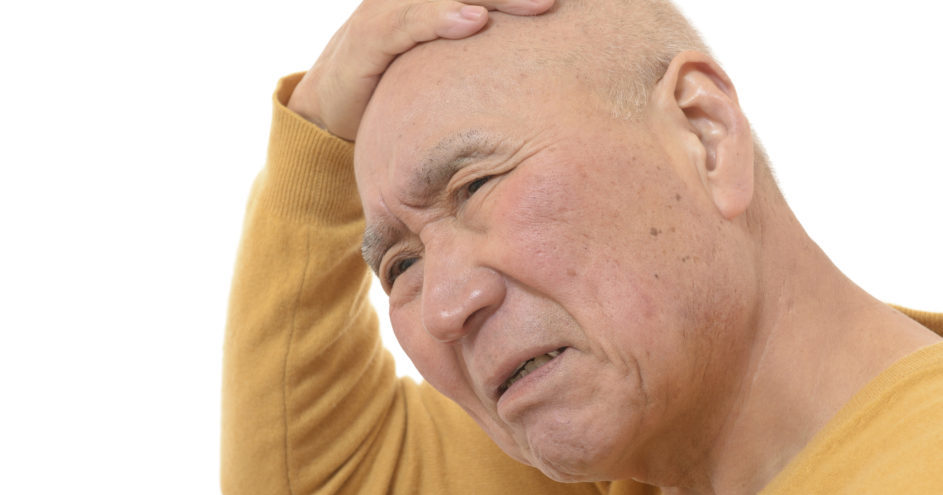 Michael Jordan. Jeff Bezos. The Blue Man Group. If there’s one thing all the world’s biggest heroes have in common, it’s that they’re bald. But while it might seem like their lives are perfect, the truth is that, deep down, many bald men have feelings just like you and me. And sometimes they even feel sad. Here are some sobering photos of bald men frowning to remind us that ALL of us struggle from time to time—even guys with no hair. 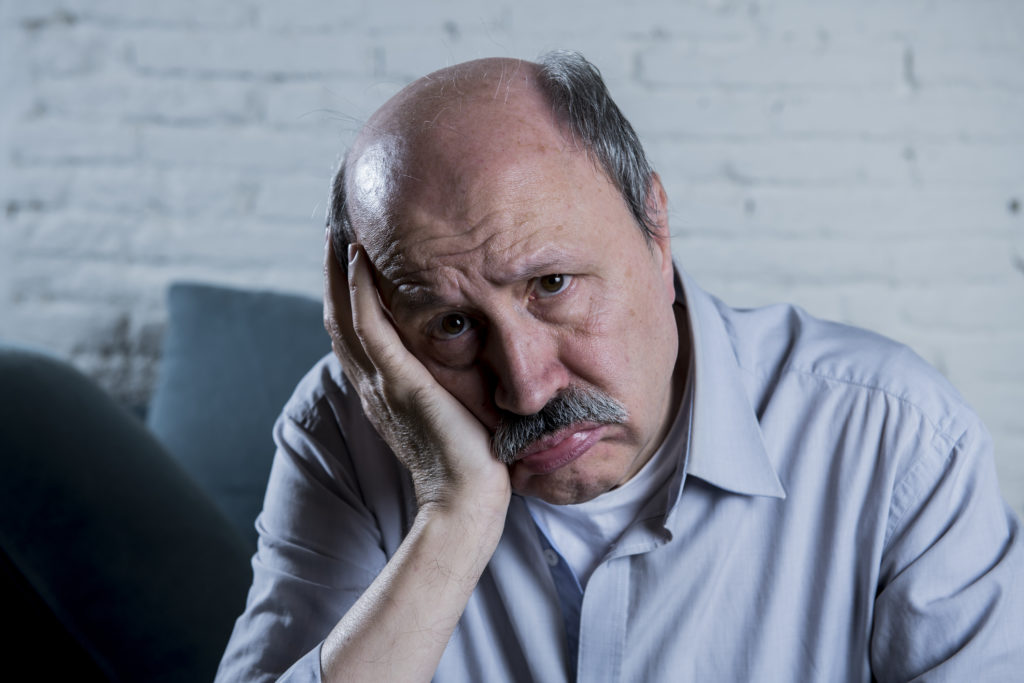 Wow. This bald guy looks really sad. If you thought that all bald guys walk around with ear-to-ear smiles on their faces 24/7, think again. They, too, frown. 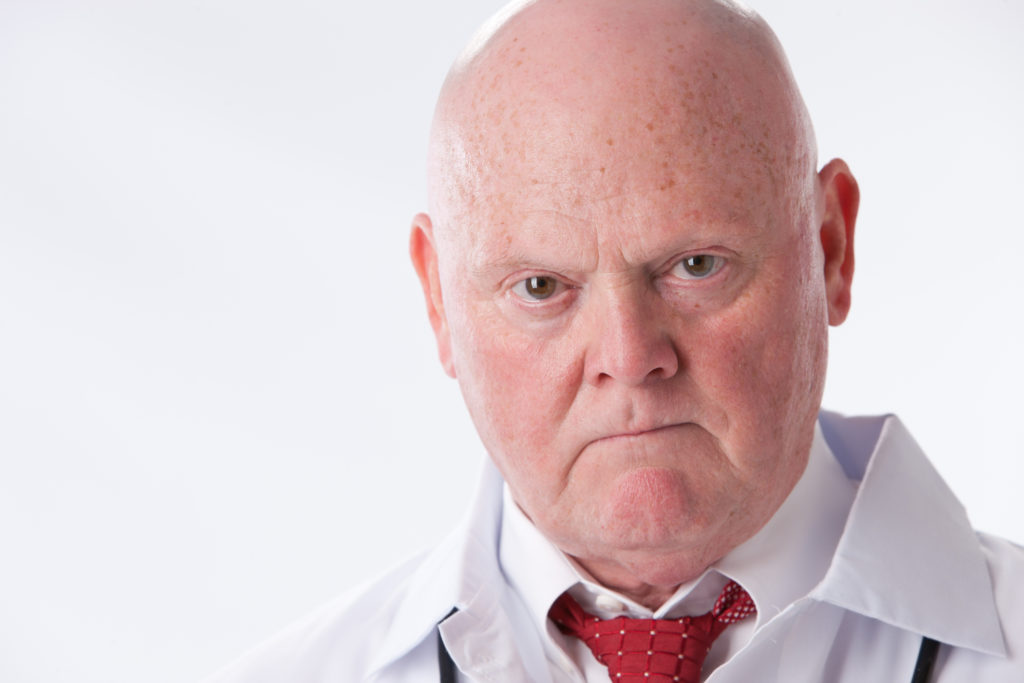 This frowning bald guy proves that just because the top of your head looks like an awesome penis tip doesn’t mean you’re always happy. Bald guys are capable of experiencing the full spectrum of human emotion, including sad emotions. 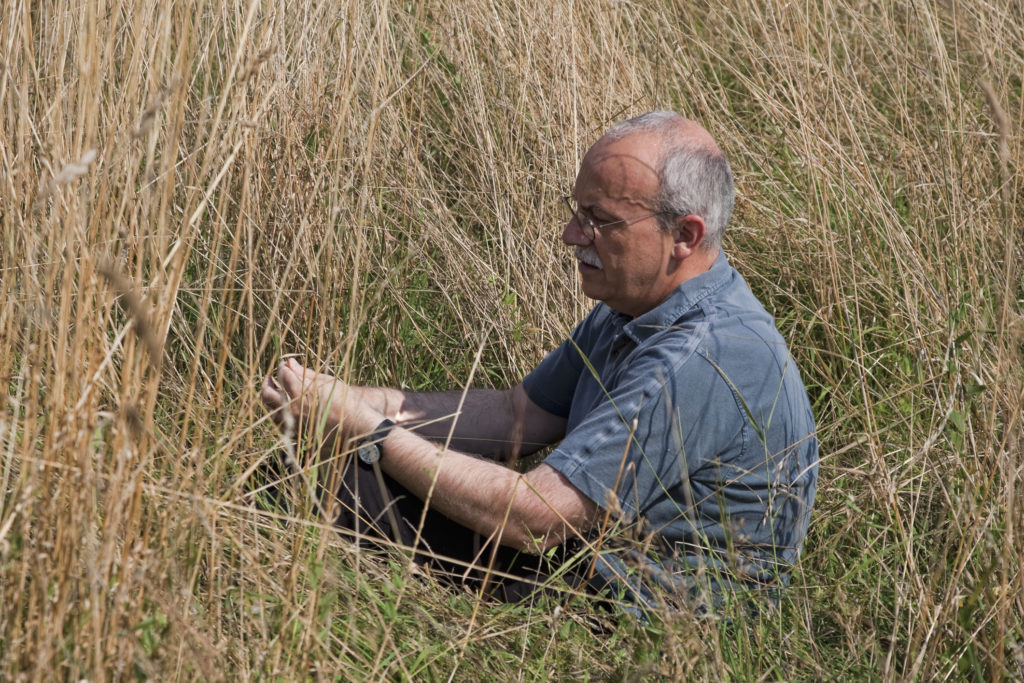 This bald man is frowning because his grandson just exploded while sitting on his lap. Next time you encounter a bald guy, remember that you really have no idea what kinds of hardships they might be facing or if their grandchildren are still fully intact. There’s more to people than what meets the eye. 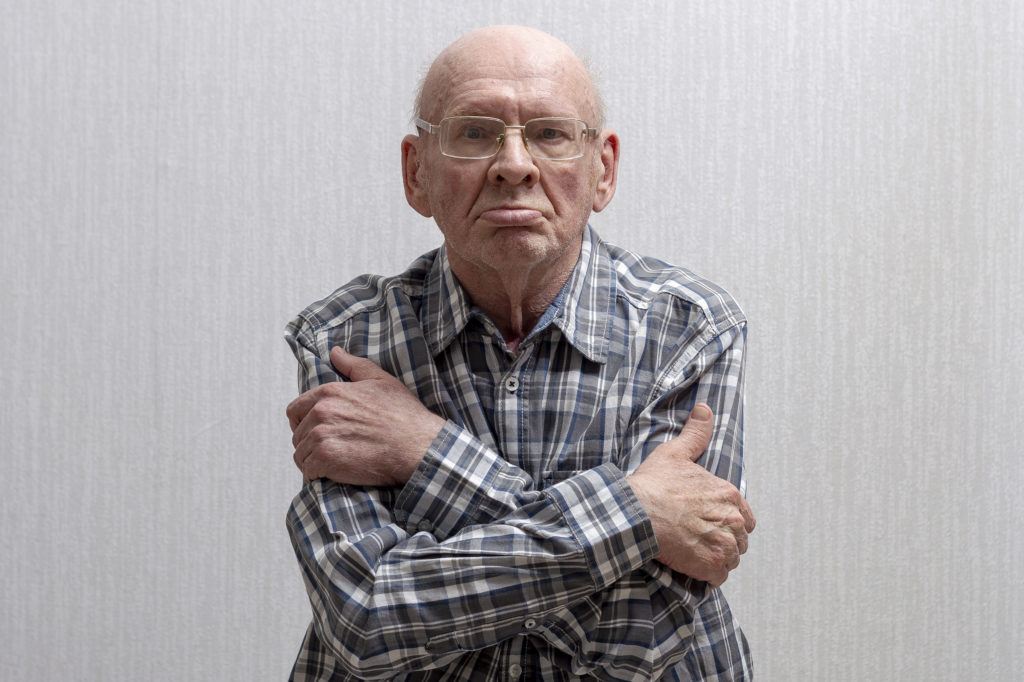 Sure, this bald guy saves millions of dollars a year in shampoo costs, but money isn’t everything. If it was, he’d be smiling. 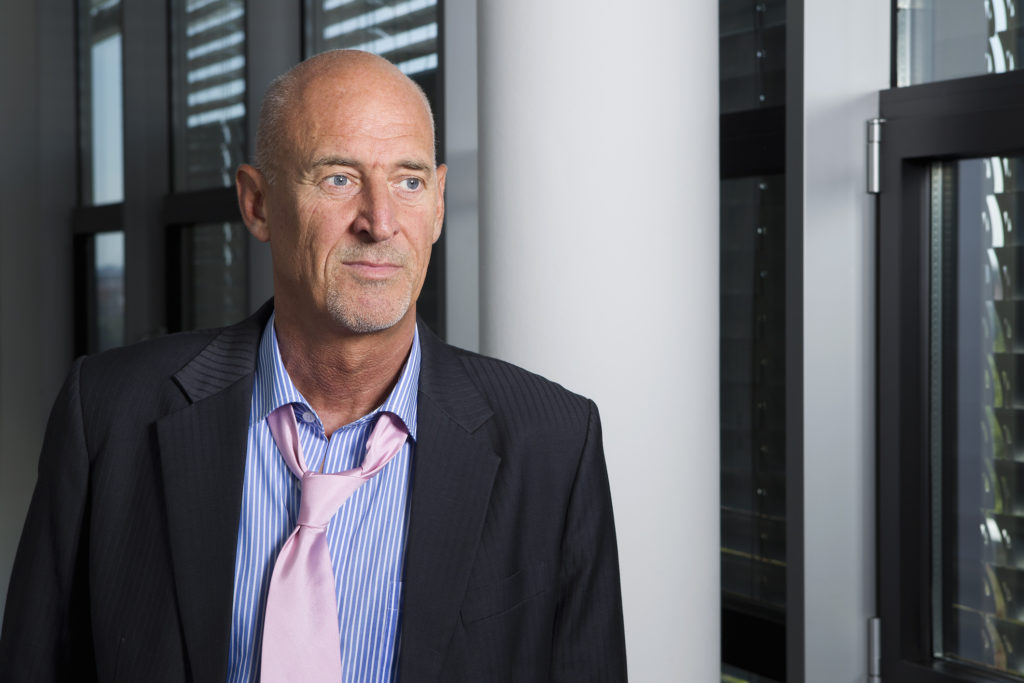 The reality is that being bald isn’t all glitz and glamor like Ron Howard would make it seem. Sometimes the sun reflects off your scalp and causes commercial airplanes to crash, killing hundreds. Sometimes you inherit a priceless ivory comb but have to flush it down the toilet because you don’t have anything to comb. Sometimes your brain melts because there’s no hair to protect it from fire. We all have our battles. 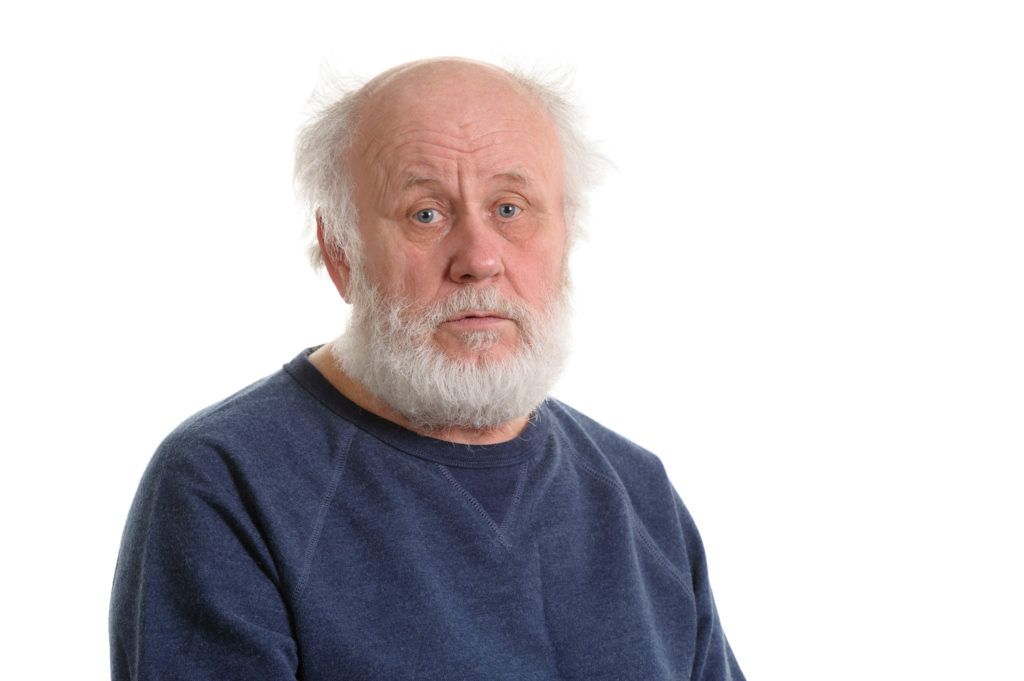 This guy is not only bald, but he’s also an oaf. We get so caught up in our busy go-go lives that we often fail to notice these things, yet if you open your eyes you’ll see that people are hurting all around us. Even bald people. 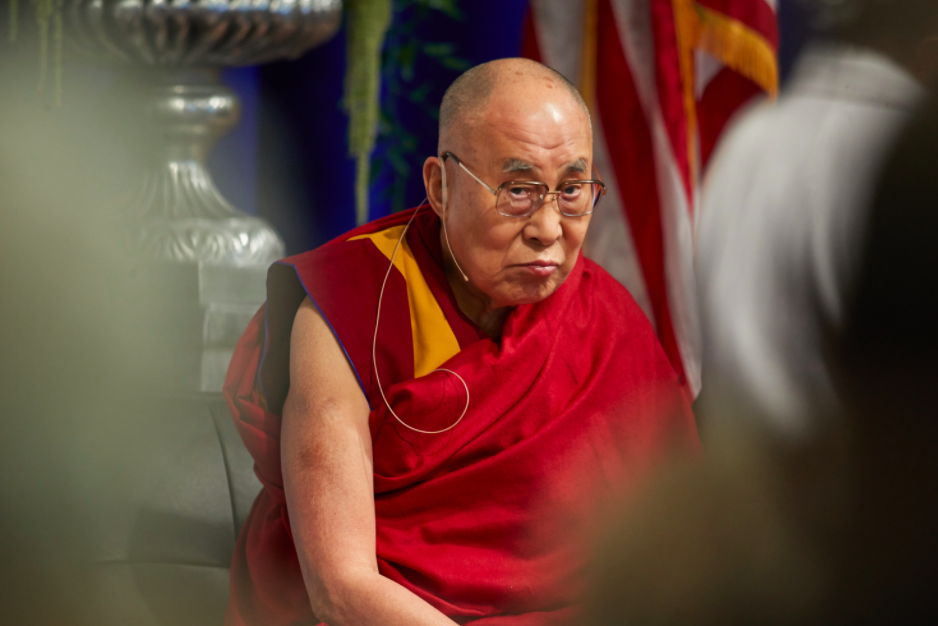 This bald guy is frowning because he can’t go to outer space. Absolutely heartbreaking. 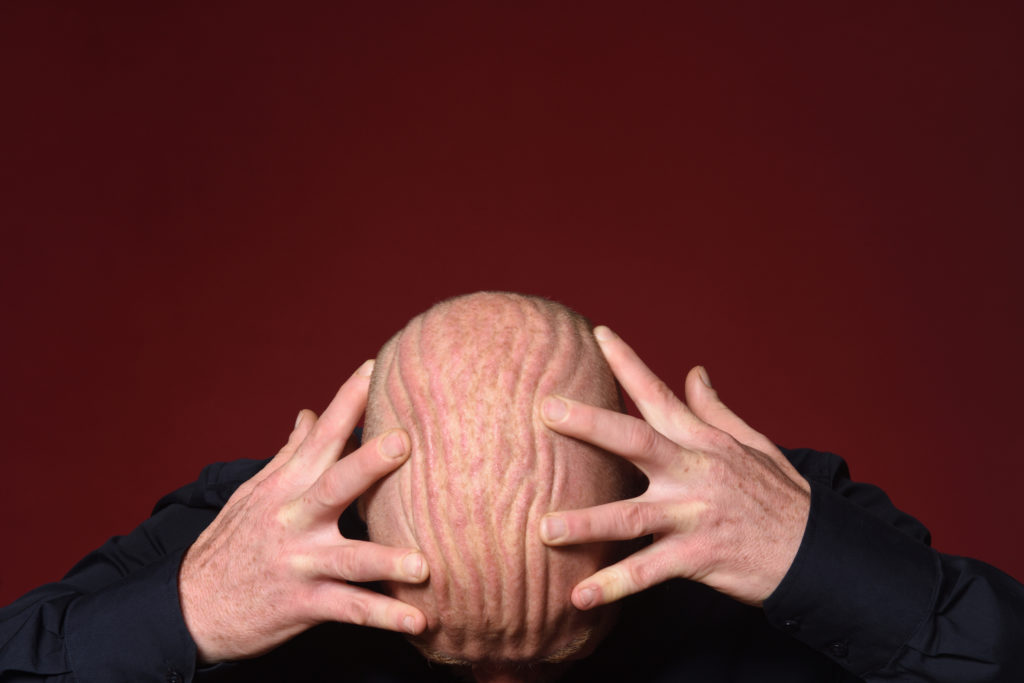 It might be hard to see these images of frowning bald men, but it’s important not to look away. We can’t ignore the suffering around us. We must try to understand these men’s unique struggles, such as the shame of having their weird head-skin folds on full display at all times or the embarrassment of not being able to join their friends in braiding one another’s pony tails in the park. Until we put ourselves in their shoes, we cannot truly empathize. 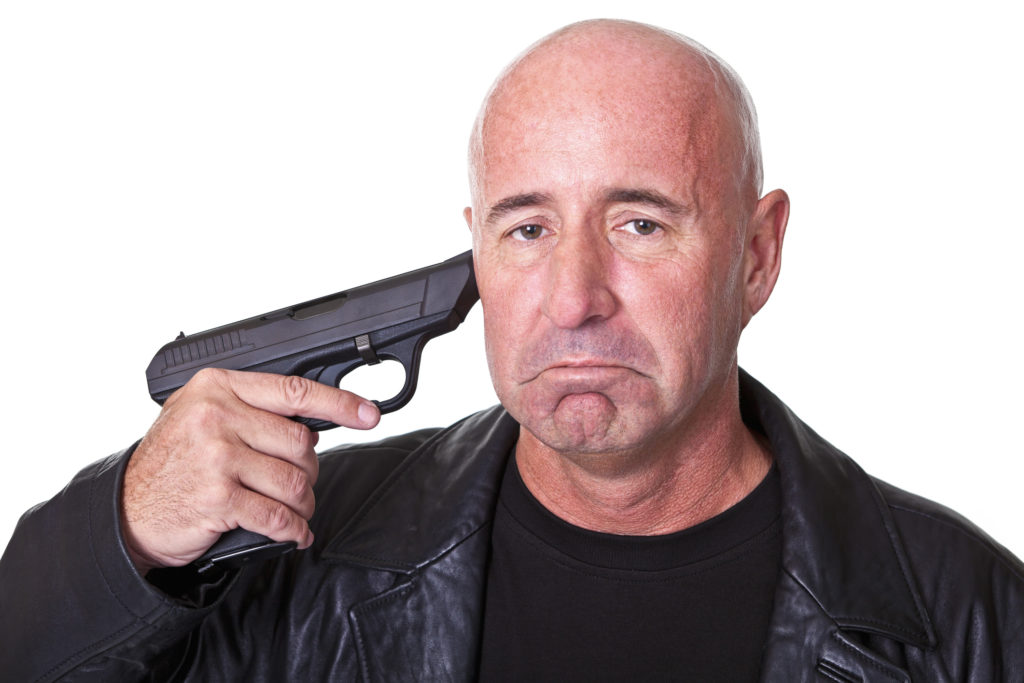 Haunting. We can intuit that this bald man is sad because 1) his mouth is bent into a frown and 2) he is about to do a suicide, which is an activity commonly associated with sadness. The signs are there if you look. But it’s up to all of us to open our eyes.