PR Nightmare: Cap’n Crunch Went On ‘The Late Late Show’ And Made A Drunken Pass At Zendaya And Then Vomited All Over James Corden’s Lap 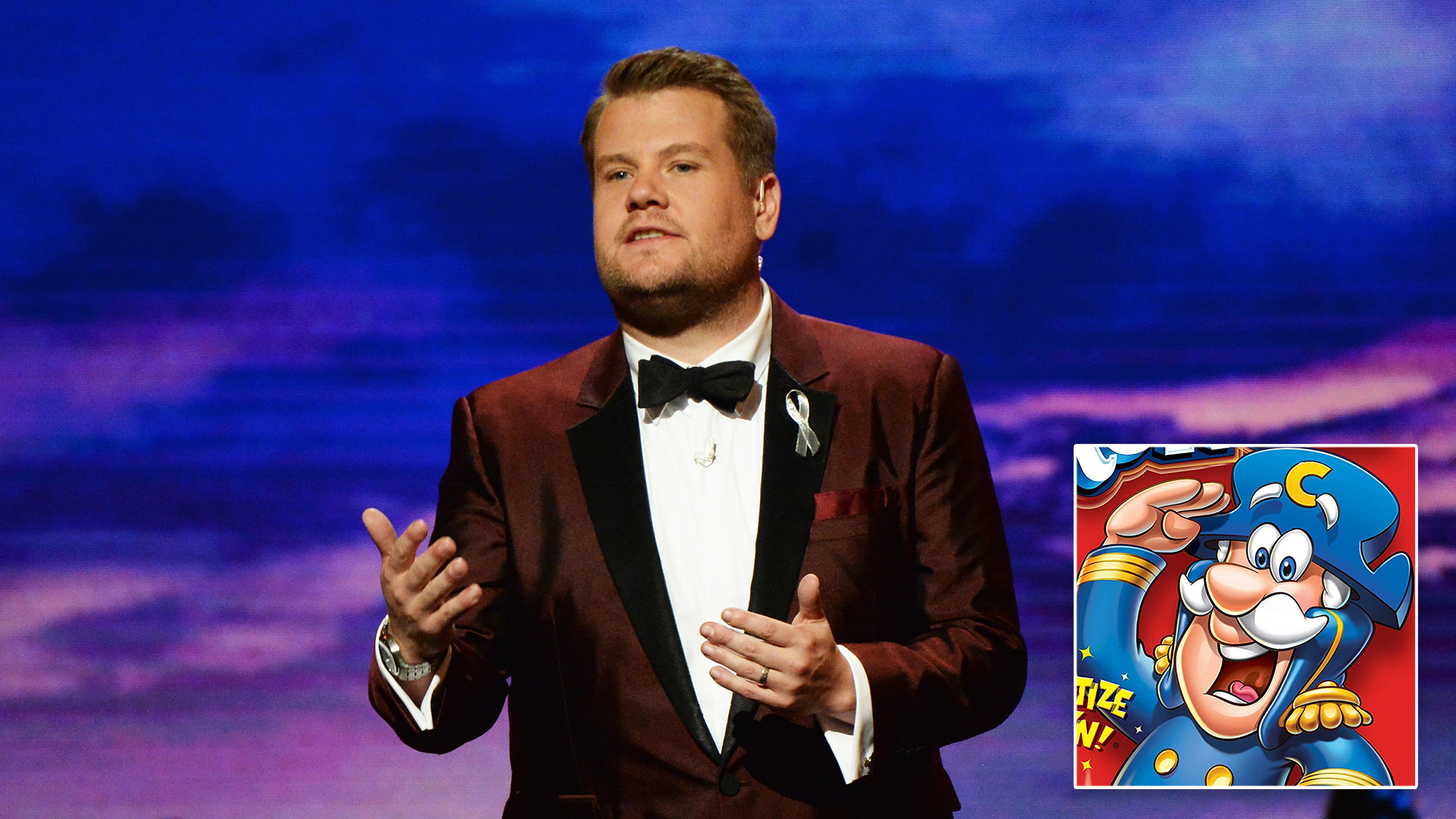 The PR team at Quaker Oats is likely in panic mode today following an ugly incident in which the mascot of one of their most popular brands went on national television and made a total ass of himself: Last night, Cap’n Crunch went on The Late Late Show and made a drunken pass at Zendaya before vomiting all over James Corden.

Yikes. Talk about a bad look.

In the hours leading up to his late-night appearance yesterday, sources say that Cap’n Crunch partook generously in the free alcohol provided in the show’s green room, double-fisting bottles of Michelob Ultra despite host James Corden’s repeated suggestions that he pace himself. The two-and-a-half-foot-tall cereal mascot was reportedly stupendously inebriated by the time the show started, and when it came time for him to walk out on stage, he didn’t head straight to the couch like he was supposed to, but instead staggered over to the band to high five Reggie Watts and shout “This is my jam!” several times over the walk-on music. At this point, Corden had to literally get up and lead Cap’n Crunch by the hand over to the couch, where he plopped down on a cushion next to Spider-Man: Homecoming star Zendaya and clumsily kissed her hand.

Things only got uglier from there.

As Corden tried his best to interview his drunken guest, the Cap’n ignored the host’s questions and instead leered at the 22-year-old actress next to him, making everyone in the studio increasingly uncomfortable as he muttered sloppily about how beautiful Zendaya was and how he would love to take her on a private tour of his cereal ship. Corden then tried to get things back on track by introducing the next segment, a pop culture trivia game called “Hot Questions” in which you’re required to eat a ghost pepper every time you get an answer wrong. However, Cap’n Crunch scoffed at the challenge, saying that “a real man isn’t afraid of a little heat” before scarfing down an entire bowl of ghost peppers and washing it down with more Michelob Ultra.

The audience initially applauded this impressive feat, but the triumphant moment was cut short when the Cap’n, wide-eyed and feverish, suddenly lurched forward and projectile vomited all over Corden’s lap and suit jacket. Cap’n Crunch then began crying and apologetically tried to mop up the mess with his bicorne hat, but succeeded only in spreading the puke around on Corden’s clothing. Corden then cut to commercial, and when the show returned, Cap’n Crunch was no longer on set, having been escorted out of the studio by security.

In a press release this morning, Quaker Oats apologized for the Cap’n’s behavior, explaining that yesterday was his first time drinking alcohol and he didn’t realize how it would affect him. However, even if it was an honest mistake, that doesn’t change the fact that he disgraced himself before an audience of millions of viewers, and chances are his despicable actions won’t soon be forgotten.