Pretty Disappointing: Only 3 Of The 178 Sexual Positions In This Sex Guide Under Your Parents’ Bed Have A Little Checkmark In Pencil Next To Them 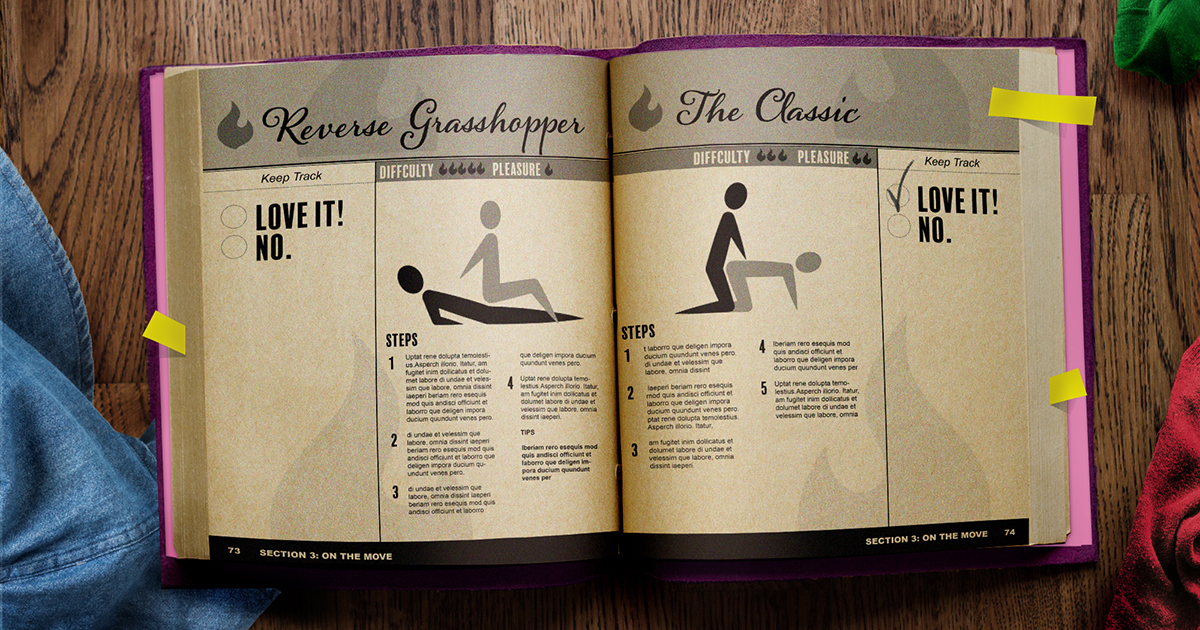 By all appearances, your parents seem to have a happy, healthy relationship. However, some alarming new evidence indicates that there may be trouble in paradise: Out of the 178 inventive sexual positions found in the Illustrated Kama Sutra Love Guide under your parents’ bed, only three have a little checkmark next to them.

Damn. Looks like your parents have a pretty underwhelming love life.

The book of sex positions, which your sister discovered the other day while searching under your parents’ bed for something far less salacious, was printed in 1988 and has a lot of the dust on the cover, suggesting that your parents have likely had years to explore its contents but just apparently haven’t been horny enough to do so. The three positions they have checked off—”The Classic,” “The Toad,” and “Splitting Bamboo”—are all thoroughly unkinky missionary variations that they probably could’ve just figured out on their own. They’re certainly nowhere near as spicy as the book’s other 175 positions, like “The Kneeling Wheelbarrow” and “The Spider,” which would definitely make things in the bedroom far more steamy and satisfying.

While it’s still unclear exactly why your parents have remained so sexually unadventurous over the years, one would imagine that there are likely a number of factors contributing to their frigidness, whether it’s lingering shame from their religious upbringings, your dad’s stress levels from losing his job, their mutual weight gain, your mom’s insistence on going to bed by nine every night, or your dad’s well-documented resistance to trying new things. It’s also entirely possible your dad suffers from erectile dysfunction or your mom may not be self-lubricating like she once did, both of which are common problems for people their age. Of course, both are easily remedied, but sadly, a quick scan under your parents’ bed reveals no lubricant or medications. One fears that they’re not even trying.

Sex is one of the purest expressions of love we have, and it’s a shame that your parents aren’t doing more to make each other cum. One can hope that they’ve got some vibrators or cock rings hidden away that you just haven’t found yet, but given that your mom’s underwear drawer contains nothing sexier than a single pair of purple thong underwear with the tags still on them, chances are they’re not hiding any secret freakiness. Still, your parents are sexual beings, and they deserve to be satisfied by one another in numerous hot and taboo-breaking ways. Fingers crossed that they can find a way to break out of their sexual rut and reignite whatever passion they had before they got old and their bodies became gross.