Prioritizing Mental Health: Blue Cross Blue Shield Will Now Cover A Weeklong Trip To The Remote Home Of A Witch Doctor For Americans Who Have Been Made Insane By Some Sort Of Demon 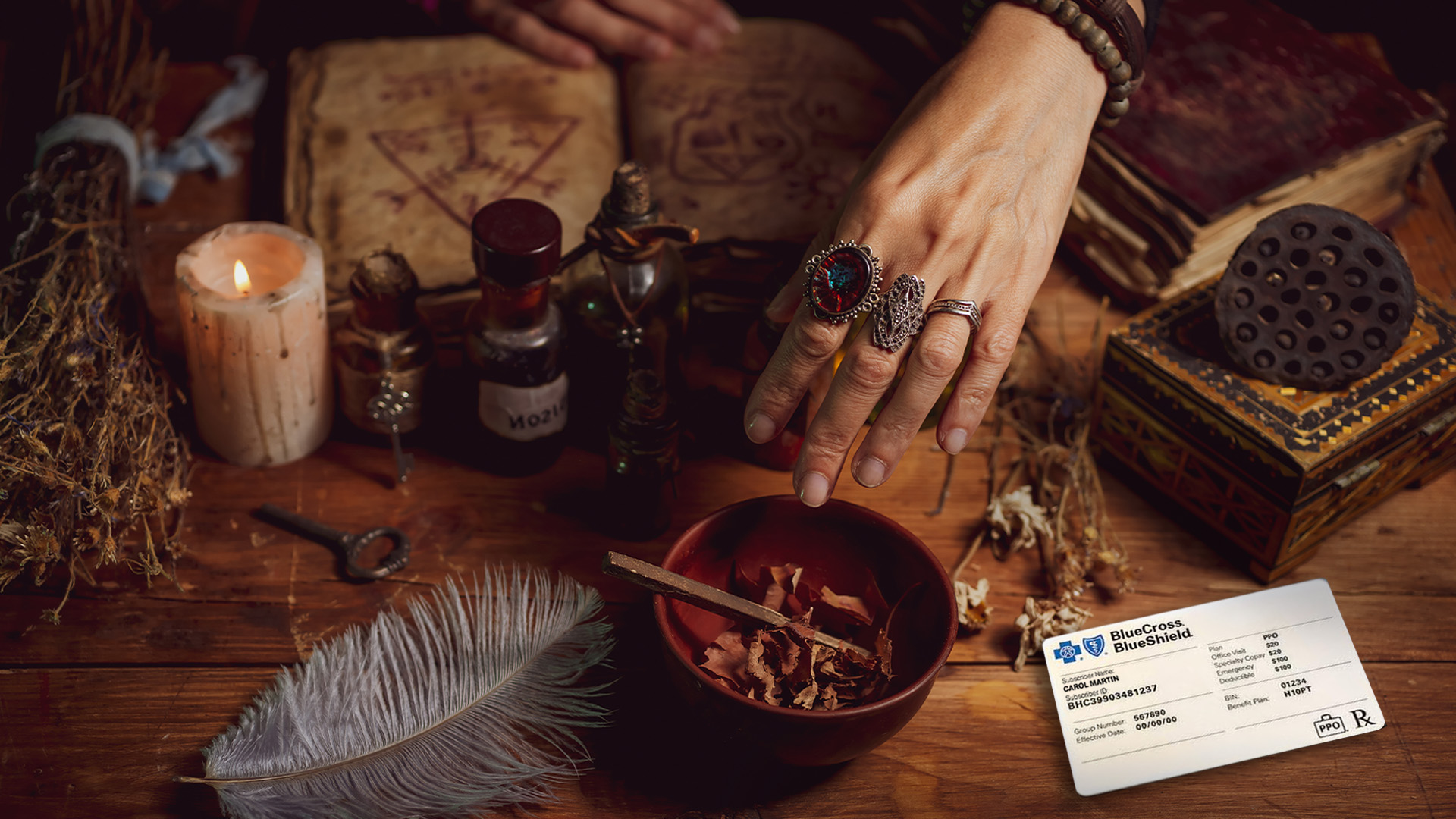 The American healthcare system can be difficult to navigate, especially when it comes to mental health, but one major insurer has committed to making things easier for customers seeking psychiatric care: Blue Cross Blue Shield will now cover a weeklong trip to the remote home of a witch doctor for Americans who have been made insane by some sort of demon.

Absolutely amazing! This is a huge step in the right direction for getting all Americans the mental health care they need.

The Blue Cross Blue Shield Association announced this week that the company is expanding its behavioral health benefits to cover all witch-doctor-related expenses for customers who have gone nuts after looking deep into the enormous, bloodshot eyes of a demon from the underworld. “Over the past decade, we’ve seen more and more members of the American workforce suffering from difficult symptoms after a run-in with a malevolent spirit, and it’s hard for these people to function normally when they are shrieking, barking like dogs, sprinting around in the nude, or engaging in other life-disrupting behaviors stemming from the demon that caused them to lose their mind,” said a spokeswoman for BCBS. “There are so many symptoms that are unique to each individual—some scream constantly as they recall the dark visions the chthonic spirit cast before their eyes, whereas others are rendered mute by the fear—and we think it’s so important that each of our members is able to see the witch doctor they need and drink the potions they require to get better.”

Yes! This is how you do mental health care.

The spokeswoman explained that unfortunately, the infrastructure in the U.S. is such that most witch doctors are only accessible via a treacherous journey into the wilderness, which is why Blue Cross Blue Shield has committed to offering compensation for three days off work as well as a stipend set aside to hire a wizened, mostly naked old man as a guide for the possessed patient, who typically cannot make the journey alone due to their wide-eyed, crazed condition. Of course, patients must be examined by a doctor and confirmed to have been affected by satanic magic of some kind, but once they are, the payment for their shamanic healer visit will be covered in full. They’ll even be able to pick up any leeches, potions, or other treatments their witch doctor prescribes at a location convenient to the witch doctor’s home.

“We find that a single visit to a culturally competent witch doctor who can identify a Middle Eastern jinn, a Japanese oni, or some other negative energetic being is enough to rid most patients of their madness,” said the spokeswoman. “Once the witch doctor spins them around a few times, hits them on the head with a big stick taken from a sacred tree, and offers them some curative salve, most members find themselves improving quickly. We want all Americans to be able to experience this level of care.”

This is such a great way to support the mental health of the American workforce. We are overjoyed to hear that Blue Cross Blue Shield is doing what needs to be done for its members who have had their mind conquered by a malevolent wraith, and we hope to see other companies following suit ASAP!