Put Down The iPad And Go Shave An Ape! 6 Awesome Things ’90s Kids Grew Up Doing To Orangutans That Kids Today Are Totally Missing Out On 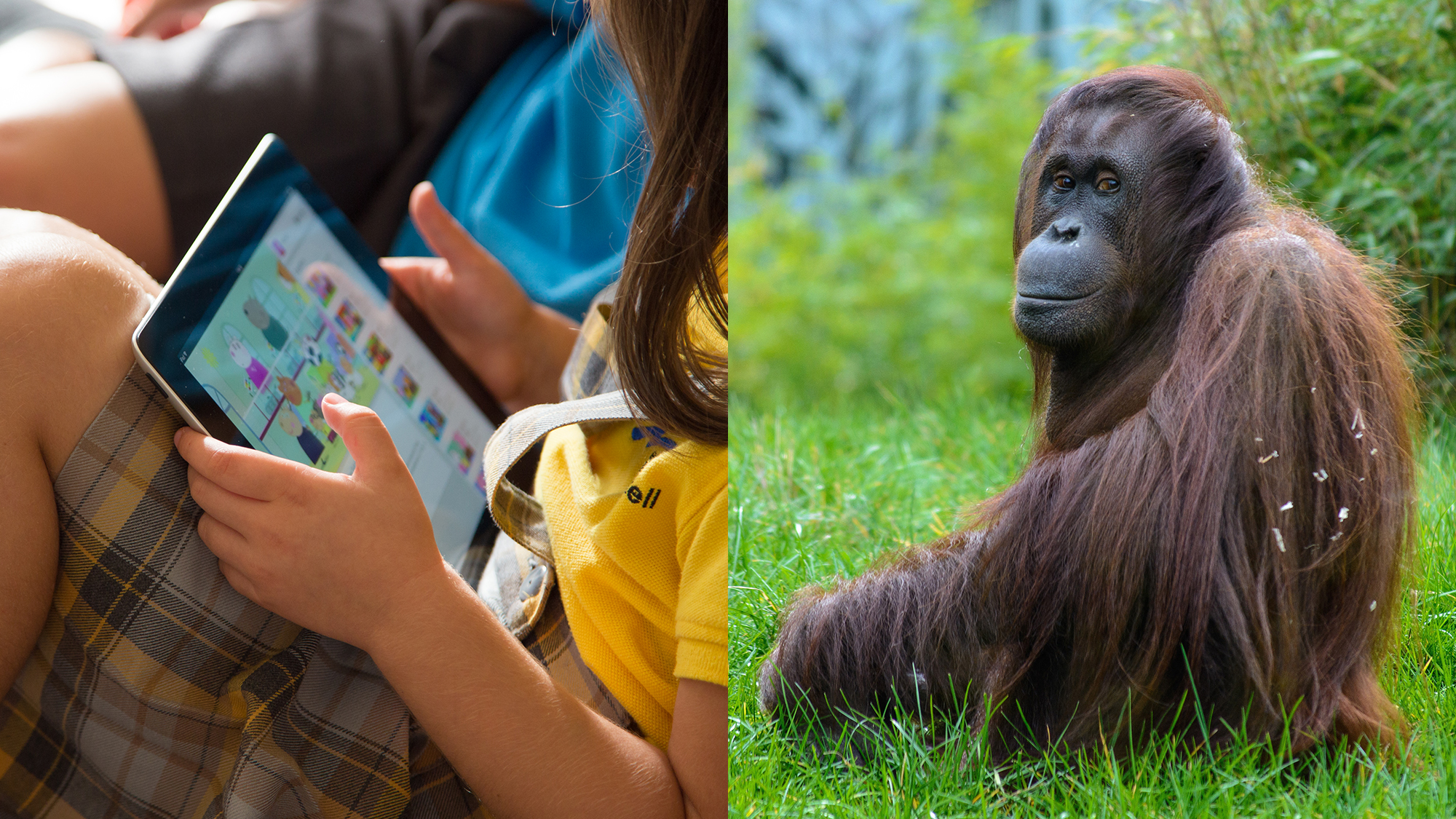 Kids today have had iPhones and laptops since they could crawl, and they’re far worse off for it. Here are six awesome things ’90s kids did to orangutans growing up that the youth of today is completely missing out on.

1. Shaving your ape as smooth as possible and caking it with makeup to see if you can get the mailman to wave to it like it’s your mom

In the ’90s, you had to work to find ways to entertain yourself, and one of the all-time best ways was to shave your orangutan down until it looked like a pale, sick human, dress it in your mom’s clothes, slather a few coats of makeup onto its 11-inch-wide face, and then make it stand on the porch until the mailman came. The total exhilaration of seeing the mailman wave to your dressed-up orangutan like it was actually your mom was awesome, and it’s a feeling that could never be replicated in those slick video games the kids of today are wasting their weekends playing.

Nothing said summertime in the ’90s like breaking out the box of sidewalk chalk and absolutely fucking destroying your ape at tic-tac-toe. Sure, your orangutan might be stronger than you, but when it came to a game of simple strategy, the big-ass primate was likely to waste its turn by sticking the stub of chalk deep into its own ear until it disappeared forever or mushing the chalk into a dust and then licking the powder off its palms. The game was always a total blast, and sorry kids, but beating your ape in Fortnite simply isn’t the same.

3. Practicing your Stone Cold Steve Austin Stunner on your orangutan

The WWF’s Stone Cold Steve Austin was pretty much the coolest celebrity of the ’90s, and every kid who grew up back then spent days at a time practicing their badass Stone Cold Stunner on their ape. Any real ’90s kid will tell you that nothing was more fun than luring your massive primate into the backyard with a trail of Tic-Tacs, putting the ape in a reverse headlock while you jumped and turned mid-air, and then dropping its head into the ground so hard that your ape responded by excitedly punching divots into the lawn until you calmed it down by feeding it a handful of Tic-Tacs. This awesome pastime is surely too rough for today’s coddled, tech-obsessed youth, and they don’t know what they’re missing.

4. Sending your ape around the neighborhood to yank all of your friends out of bed to come hang out

It’s honestly a shame that today’s kids’ social time mostly happens online, because sending your orangutan around the neighborhood early in the morning to rip your friends’ garage doors down, yank the kids out of bed by their ankles, and then drag them back to your house to play was always pretty great. When you saw your ape finally coming back up your driveway, galloping on all fours with all of your buds sitting on its back, you knew it was about to be a fun day, and that’s something this generation of kids just don’t get.

5. Purposefully making the buzzer go off in Operation non-stop until the noise got your ape so freaked out that it shit itself

Kids today are totally missing out on the simple joy of taking an old board game like Operation out of the closet, setting everything up, and then pushing the tweezers against the metal outlines of the body part holes until the buzzing somehow prompts your ape to start shitting standing up, right there in the living room, all while rapidly hammering its palms together in some kind of ecstatic, insane applause. There was no real way of knowing if your ape loved the buzzing or hated it, but real ’90s kids knew that the end result was basically worth it either way. If you think goofing around with your ape by putting a wacky Snapchat filter on it is hilarious, you don’t know what you’re missing.

6. Completely freaking out your sibling by letting the ape into their room while they’re asleep so they wake up to the sound of an orangutan eating their books

Nineties kids knew that practical jokes were an awesome way to pass the time, and letting your ape into your sibling’s room while they were sleeping was a total classic. Within minutes of luring the ape into your sibling’s room with a trail of Tic-Tacs, you’d hear a hilarious, shocked scream as the light flipped on and your brother or sister saw your 500-pound primate munching its way through their Junie B. Jones collection. Sorry, kids, but nothing on your iPad is better than that.