Putting An End To Animal Cruelty: Here Are The Only 20 Times When It’s Ever Okay To Kill An Elephant 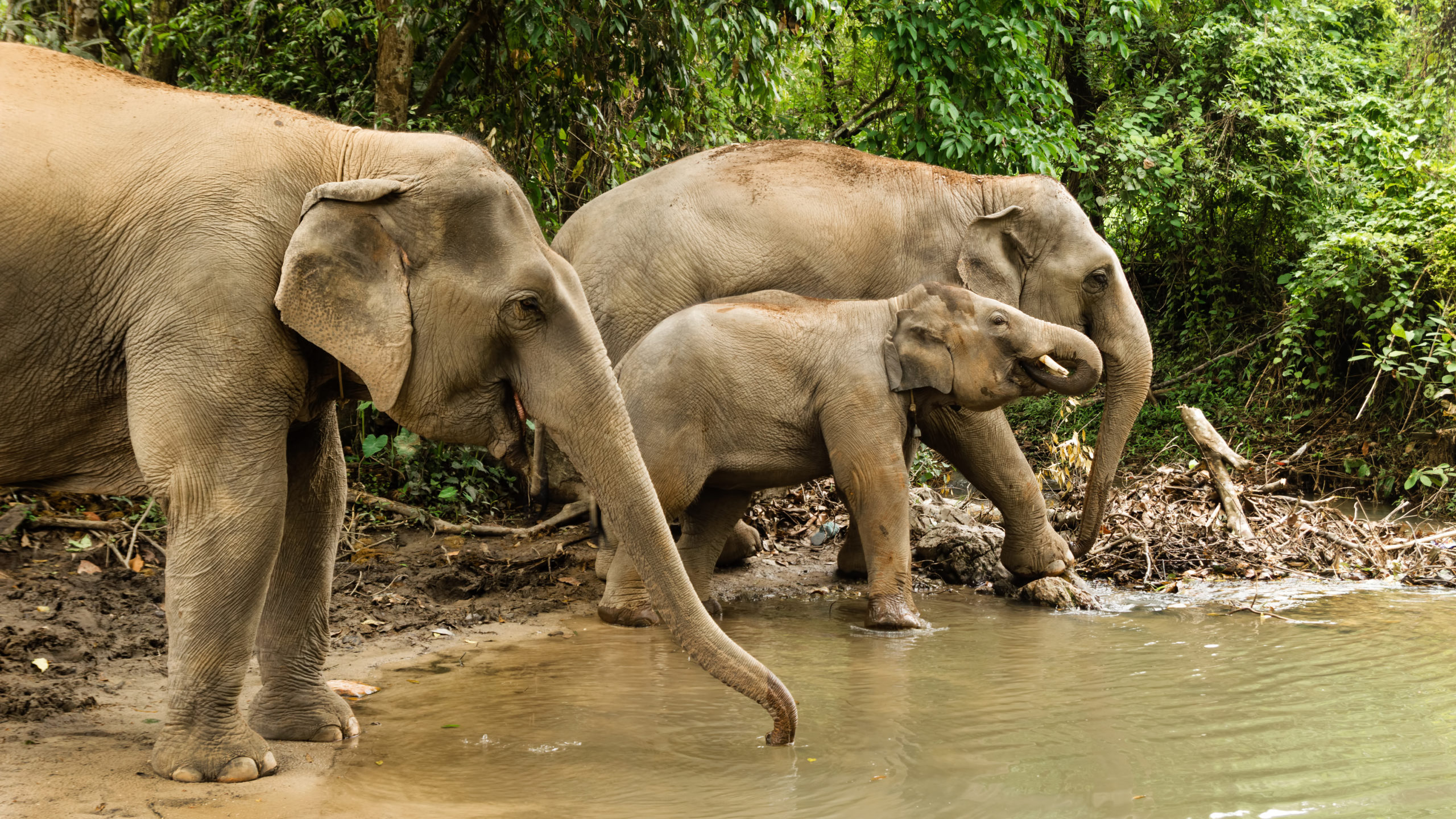 Elephants are highly intelligent, beautiful animals whose presence on the Earth is sadly threatened by habitat loss and poaching. To ensure these majestic creatures never go extinct, humans must be good stewards to them and should absolutely never kill them, except in the case of the following 20 completely acceptable circumstances.

1. A massive elephant is about to walk onto a rickety bridge which is already supporting 12 baby elephants.

Only the most heartless person could kill an animal as incredible as an elephant, unless of course that particular elephant was threatening the lives of 12 baby elephants, in which case murdering it would be completely justified. It’s basic math.

2. It seems as if the elephant might be plotting a terrorist attack.

The bloody slaughter of elephants for their ivory is a terrible thing, but so is terrorism. If a beautiful, majestic elephant is acting suspicious near a subway station or crowded arena, go ahead and and end its life as quickly as possible.

3. You are demonstrating to a group of children exactly what they should not do when they see an elephant.

Just as it’s okay to take a few animals for research that may benefit the species as a whole, it’s fine to kill an elephant as an example to kids of what not to do to an elephant.

4. The elephant is stuck on the fire escape of your apartment building.

Here’s a harrowing statistic: An estimated 100 elephants worldwide are killed daily by poachers. That means that, in comparison, killing an elephant here and there because they’re causing a safety hazard by blocking a fire escape won’t have much impact, so it’s totally fine. In fact, it’s your moral responsibility to use a harpoon gun to shoot any elephant blocking a designated fire escape route.

There are only a few dozen reasons you should ever kill an elephant, and this is one of the big ones. It’s just generally a downer to see animals that aren’t looking great. Feel free to rid the world of that hideous beast.

6. Your family is hungry and they want to eat an elephant.

7. The elephant is about to sit on a pangolin.

Taking an elephant’s life should never be taken lightly, but when presented with a Sophie’s choice between killing an elephant or letting it squish a pangolin, you need to choose the elephant. Pangolins are way cuter and more important than elephants, and their lives should always be prioritized over the lives of elephants.

An elephant’s life is one of the most precious things in the wild, but even the staunchest environmentalist will tell you it’s no big deal to kill an elephant that’s going to die within in the next couple of months anyway.

9. You are stranded on a desert island with an elephant and it’s eating all the coconuts.

It’s totally fine to kill an elephant if it’s eating one of your only sources of sustenance on a desert island. That’s just basic math.

10. The president writes you a letter telling you to kill an elephant.

Jane “Mrs. Elephant” Goodall herself wouldn’t think twice about blasting an elephant who’s rampaging around a soccer stadium trampling everyone.

12. The elephant gets an erection in front of your young children at the zoo.

Normally, killing elephants for money is the most terrible thing a human being can do, but there is a certain mathematical point at which it becomes totally acceptable, and that is when you calculate the elephant’s precious ivory tusks to be worth more than $100,000. That’s so much money. Nobody would fault you for killing an elephant for $100,000. It’s just basic math.

14. The elephant has already done all of the elephant stuff it can do.

Let’s face it, there’s only so much stuff an elephant can do: eat grass, drink water, sleep…So once it’s done all of that stuff no one’s going to be mad at you if you end its life. They’ll probably even thank you for killing an elephant who’s all used up.

This one’s pretty cut-and-dry; if two elephants get their trunks all knotted up, simply murder the shittier elephant to save the life of the cooler elephant.

16. The elephant is causing a small plane to be dangerously overweight.

This probably happens very infrequently, so ultimately, killing elephants whose weight may cause a place to crash will have little to no impact on their numbers.

17. The elephant is frolicking in a way that makes you feel bad about your own sad life.

Elephants are awe-inspiring creatures, but they shouldn’t get to make you feel bad about yourself. If you see an elephant frolicking around and looking happy and it makes you feel bad about how hard your life is in comparison, it’s alright to kill that majestic, joyful creature.

18. You need to blow off some steam after a rough week at work.

Self-care is important for everyone. You should never feel guilty for prioritizing your mental health, and that includes killing an elephant for stress relief if that’s one of the things that makes you feel happy.

19. Despite your best efforts, the elephant just isn’t working out as a pet.

Caring for an elephant can be overwhelming, so it’s completely understandable if you’ve got to kill one because keeping it as a pet is too expensive or your landlord finds it or something.

20. The elephant is eating decorative gourds off your porch.

You put those gourds on your porch for decoration, not for some elephant’s lunch! If you see an elephant eating your decorative gourds, you should kill it. It’s just basic math.