Real-Life Action Heroes: The 5 Most Heroic Individual Battlefield Feats In The History Of War 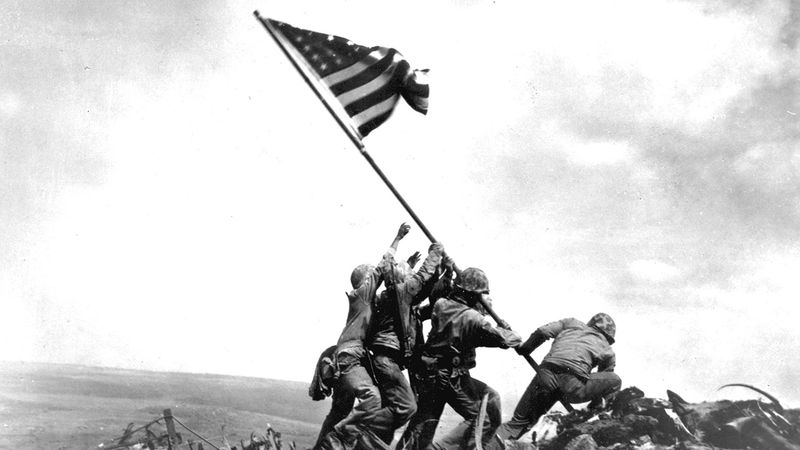 War is brutal and horrifying, but every now and then, individual soldiers act so courageously in the face of death and bloodshed that their brave actions get remembered for decades, and even centuries, afterward. Here are the five most heroic individual battlefield feats in the history of war.

1. U.S. soldier Charles Pack shoots a clutch free throw in the annual United States Army vs. ISIS basketball game: Every year, American and ISIS soldiers put down their guns and pick up a basketball to determine who’s the more powerful squad. And in 2015, Pfc. Charles Pack hit a free throw with only two seconds left to put the U.S. team up for good, crushing ISIS’ hopes for a major strategic victory over the United States.

2. Soviet sniper Sergei Vasiliev kills 17 Nazi soldiers in a conga line with one shot during the Battle of Stalingrad: With only one bullet left in his magazine and 17 heavily armed Nazis marching toward him, Sergei Vasiliev had to think fast. He began humming an infectious Cuban ditty, which caused the fighters to form a conga line and allowed Vasiliev to fire a single shot that dispatched them all and earned him 17 medals.

3. British soldier Carol Sweeney has the idea to start a T-shirt company while surrounded by al-Qaida: In Iraq, circa 2005, Pvt. Carol Sweeney was surrounded by al-Qaida militants completely by herself. Thinking quickly, Sweeney decided to start her own custom T-shirt company right there on the spot. Al-Qaida was so impressed by her entrepreneurial spirit that they not only let her go, but loaned her $20,000 to help get it off the ground.

4. U.S. Gen. John Pershing leads the attack on the Western Front during World War I even though he wasn’t really feeling it that day: No one was expecting much from Gen. Pershing during the day he really wasn’t feeling it. Even his soldiers talked about how they were expecting to die that day, but somehow, despite waking up groggy and just feeling awful in a general sense, Pershing powered through and led the attack on the Western Front to perfection.

5. Nazi Pvt. Johannes Wald defeats eight Allied battalions with a pistol, which we don’t talk about as much. ’Cause yikes: During World War II, Johannes Wald was a lowly foot soldier, who—oh boy—volunteered for the German army the moment the war broke out and defended an entire Bavarian village armed with nothing but a standard-issue handgun, while shouting—you’re not going to like this—“I love Hitler!” Historians don’t tend to bring it up, because, you know, it’s very bad to be a Nazi, and typically it sucks when they win anything. But you’ve got to hand it to Johannes here: This was some straight-up Rambo business.