Real Trooper: This 9-Year-Old Boy Is Doing A Pretty Good Job Staying Focused On ‘Minecraft’ At This Sleepover While His Friend Gets Spanked By His Mom In The Other Room 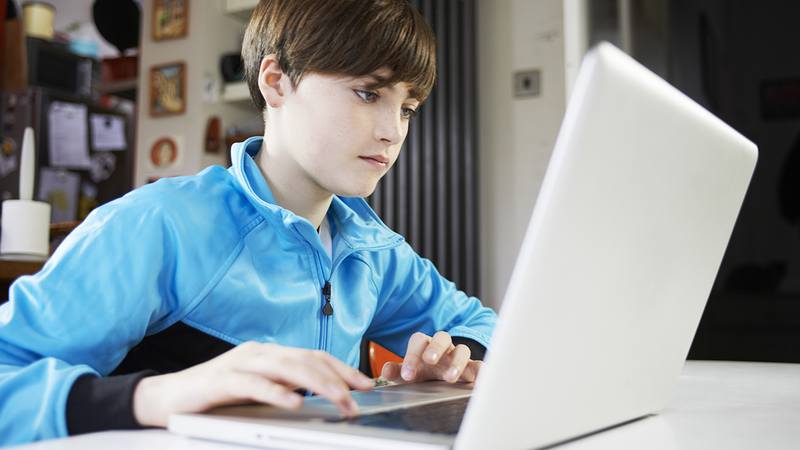 Nine-year-old Danny Wheeler isn’t like most children. In what can only be described as an incredible achievement, Danny is doing a pretty good job staying focused on Minecraft at this sleepover while his friend gets spanked by his mom in the other room.

Amazing! This kid’s a real trooper.

Even though Danny can clearly hear the repeated smack of his friend’s mom’s hand visiting punishment upon his friend’s rear end, he’s shown unparalleled grit by remaining laser-focused on collecting coal in Minecraft like nothing’s wrong—an impressive feat that few other children Danny’s age would be able to pull off. Most kids would have called their parents to come and get them by now, but Danny’s fortitude is ironclad, and he has chosen to persevere by turning up the game’s volume to help drown out the spanking sounds and continue playing.

Danny has had every excuse to break his focus, especially when his friend began audibly crying, but he’s continued to fend off skeletons left and right, showing determination that you’d be hard-pressed to find in another 9-year-old. What’s most amazing of all is that Danny has begun building towers at an even more efficient rate than before the spanking began, demonstrating just how much of an effort he’s making to block out corporal punishment being doled out in the other room.

There’s no doubt about it—Danny is an impressive kid.

Even though Danny’s already decided that he probably won’t want to sleep over at his friend’s house again anytime soon, that doesn’t make it any less amazing that he was able to make considerable progress in Minecraft despite the distraction of his friend getting spanked. Well done, Danny. What you’ve done is no easy task.