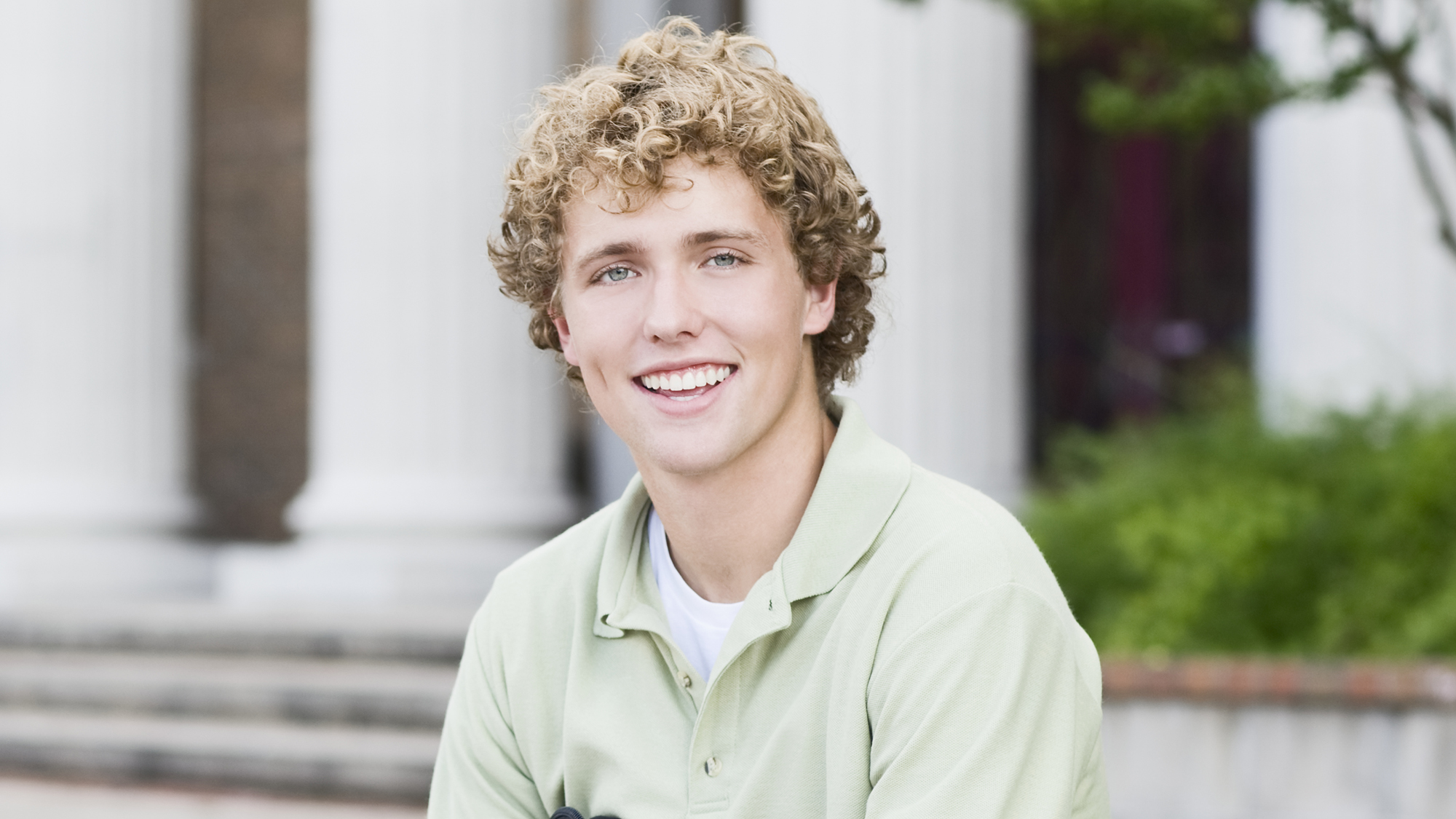 Okay everybody, take a deep breath, because this may seem like a major development, but it really isn’t: Yes, the weird kid got hot, but he’s still weird.

Yeah, this is pretty much a non-event. Everyone relax.

Yes, it is true that that kid Kyle who spends all of lunch playing Yu-Gi-Oh! games against himself and makes chain-mail armor under his desk during class all the time got pretty hot over the summer, physically speaking. He came back to school, like, a foot taller, and he’s totally built and everything. But it’s not time to totally upend the social order of the school, because despite his new, manly frame, he hasn’t stopped acting like a complete freak. He still drags a roller backpack around school and wears the same Nightmare Before Christmas T-shirt pretty much every day—though he does admittedly fill it out better than before. Yeah, summer definitely treated him nicely as far as clearing up his skin and giving him a tan, but it didn’t do anything for his social skills. He still smells awful, he just looks better now.

There were a lot of whisperings around the hallways when Kyle walked into school on the first day with a haircut and a new pair of Converse, and it’s true that his previously lanky, anemic look had been replaced by a much more mature, almost football player-level figure. But by now he’s already drawn pentagrams all over the edges of the sneakers and his hair is back to being just as lank and greasy as before he cut it, so he’s not exactly in the running for Homecoming King or anything like that. It’s easy to go through puberty over the summer, but it’s not quite as simple to stop generally being the weirdest fucking guy ever, and it seems like the latter was not in the cards for Kyle.

There were definitely a few popular girls talking about how good he looked for the first little while after school started—that didn’t last, though, because he immediately started drinking juice out of the skull-shaped hip flask he carries around that he seems to think is so cool, and it was back to the old Kyle. There is one nerdy girl who plays oboe in the band and is obsessed with calligraphy who actually got kind of hot too, so it wouldn’t be a surprise if they started going out and doing a bunch of that unsettling, over-the-top PDA in the hallways that all the absolute freakiest kids in school do. But that’ll be the extent of it, because Kyle is still weird and that’s that.

It’s definitely an exciting moment when you see that the biggest loser in school has become a total hottie, but there’s really no need to blow this out of proportion, because he’s still fucking weird. So, all in all, this isn’t that big of a deal. Kyle’s still the same old weird kid. He’s just kind of hot now. If Kyle suddenly becomes hot AND starts acting cool, then maybe it’ll be time to freak out, but until then, just cool it.