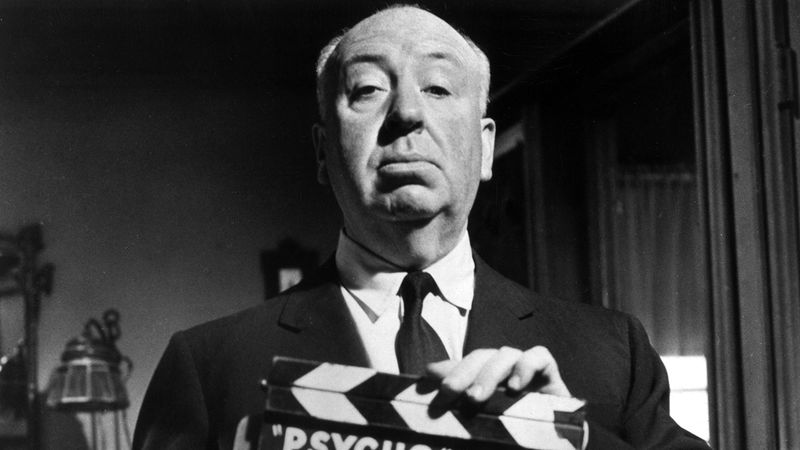 Over the course of a prolific career that spanned more than 50 years, Alfred Hitchcock established himself as arguably the greatest—and most influential—filmmaker of all time. Here are a few of the ways this creative genius left his indelible mark on the world of cinema forever.

This was a groundbreaking development in cinema history. Until then, no director had ever appeared in their own movies. Since Hitchcock’s innovation, every director has been required by law to jump out of a cake at some point during every single film they make.

2. People In Movies Being Upset About Getting Killed

In the iconic shower scene of Hitchcock’s 1960 film, Psycho, the character Marion Crane screams in terror as she is slain by a knife-wielding assailant. The shower scene is legendary for a number of reasons, but perhaps the most revolutionary thing about it is that it was the first time in cinema history that a character reacted negatively to getting murdered. Pre-Hitchcock movies often featured actors saying things like, “Oh, yes! Here we go! It’s time for me to get murdered!” and “Nice! I love it! Murder is the treat for me!” Since Psycho, nearly every single murder victim in film acts like they don’t like getting killed.

3. Frank Discussion Of Sexuality In Film

As his career progressed, Hitchcock began shocking audiences with his characters’ open discussion of sex. This was a marked departure from the strict censorship practices that governed Hollywood in the 1940s and ’50s, which mandated that characters have no genitals whatsoever. Whenever any character was introduced in an American film, they were required to say, “If I had genitals, I would kill myself,” and everyone watching in the theater was required to applaud. All of that changed once Alfred Hitchcock introduced characters who lusted after each other. Now, characters in every film are required to loudly announce, “My genitals exist, and I can get them ready for sex in a few hours.”

Before Hitchcock came along, there was just one camera angle. This one camera angle was known as Osgood’s Perspective, which is when a cameraman stands on an actor’s shoulders and points the camera directly downward to film the top of the actor’s head. While Hitchcock made frequent use of Osgood’s Perspective, he also experimented with a variety of new camera angles, including the Panoramic Dream, in which the cameraman films the entire scene while continuously spinning in place, and the Emperor’s Delight, in which the actors wrap their lips around the nozzle of the camera and the cinematographer films the insides of the actors’ throats.

5. Actors Saying Words On-Screen That Weren’t “Coins” Or “At Last”

In the early talkies of the ’30s and ’40s, actors communicated exclusively by saying the words “coins” and “at last.” This proved to be extremely limiting. Actors could say things like, “At last! Coins!” or point at a pile of coins and say, “Coins!” but unless the movie was about coins, it was difficult to write natural-sounding dialogue for the silver screen.

Then Alfred Hitchcock came along with his 1940 movie Rebecca. That film had actors saying all sorts of words, like “window” and “coins” and “at last” and “for.” The vocabulary of the cinema had been expanded forever, and the industry hasn’t looked back since.

6. Not Killing Actors After Every Film

Before Alfred Hitchcock, it was common practice for directors to launch all of their actors out of a catapult and into the Pacific Ocean after their film was done shooting. Hitchcock had the foresight to realize that reusing good actors was a recipe for cinematic success, so at some point in the 1940s, he stopped killing all of his actors by launching them into the ocean at dangerous speeds. Other directors, seeking to emulate the great master, soon followed suit, and began allowing their actors to live as well.