Representation Win! ‘Popeye’ Is Being Honored For Its Honest Depiction Of Whatever’s Going On With Popeye 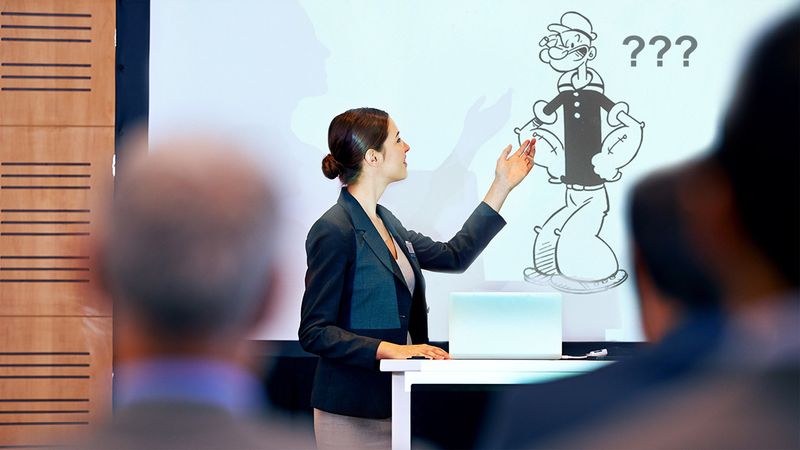 Media representations that accurately reflect the everyday lives of disabled people are disappointingly rare. But, whenever they do appear, they can have a huge impact on society’s view of the disabled community, which is exactly why the American with Disabilities Act Committee has chosen to honor Popeye The Sailor Man for its groundbreaking and honest depiction of whatever’s going on with Popeye.

What a heartwarming moment for people who also have whatever Popeye’s got, because something is clearly going on there!

“We’re proud to posthumously honor Popeye’s creator, E.C. Segar, with a Distinguished Life Achievement Award for his crucial role in advancing public attitudes towards individuals who share Popeye’s…condition,” said ADA spokeswoman Jaclyn Kolburn. “When Segar presented the world with his bold and inclusive vision of Popeye, he presented a brave figure that told all those stricken with Popeye’s challenge, which not even we at the ADA have been able to put a finger on yet, that they too could be the hero who saves the day. And that’s empowering.”

This honor is truly well-deserved given how ahead-of-its-time Popeye was in delivering this message to all children and adults with whatever issue that may be. Before the cartoon’s creation in 1929, depictions of people who resembled the impossible, oblong monstrosity that is Popeye The Sailor Man and their day-to-day experiences were virtually nonexistent in media. A 1980 live-action movie of Popeye further brought whatever-the-fuck-he’s-got into the mainstream, but some critics slammed the movie for casting Robin Williams and dressing him in prosthetics rather than an actor who was born with and/or developed hulking, bloated forearms and the whole deal with Popeye’s lower face.

We still have a long way to go until all communities receive proper cultural representation, but thanks to the ADA Committee, Popeye will be cemented as a pioneer of creating broader inclusivity for people who live with God-knows-what disorder that could be. We salute you, Popeye!