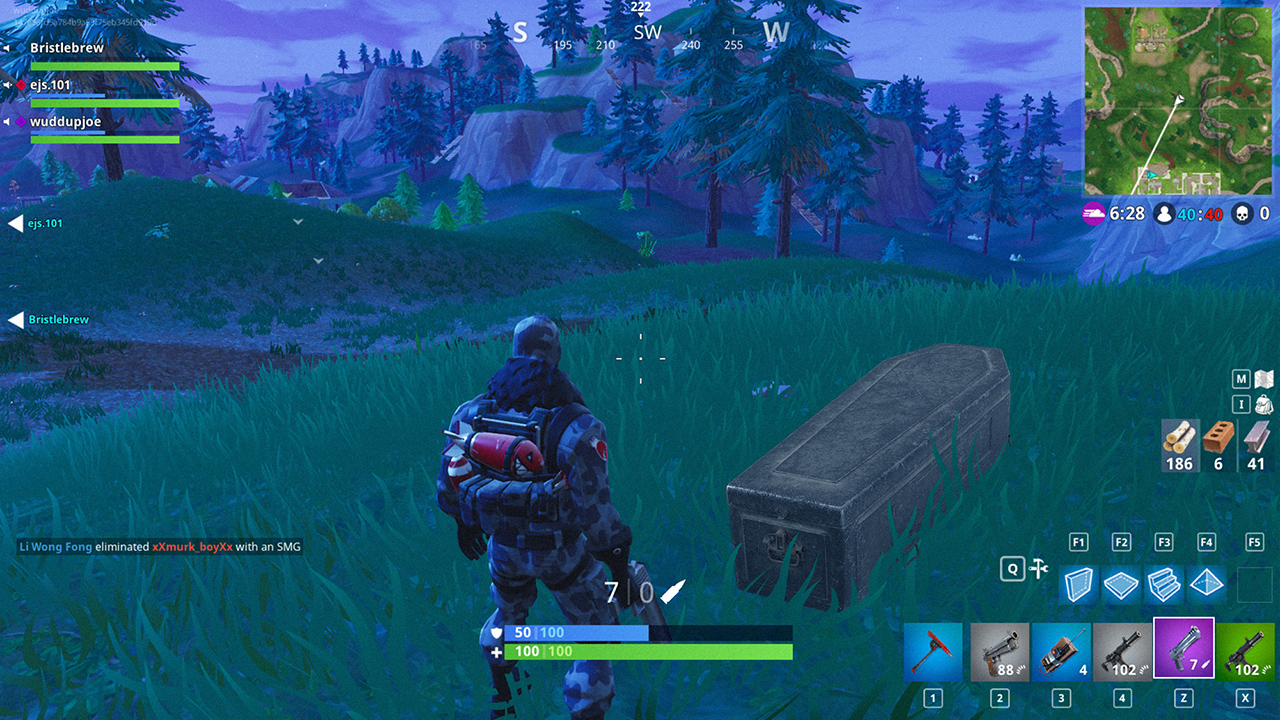 Fortnite has quickly become one of the most successful games of the past year, but Epic Games’ latest move proves that the company is also committed to providing an incredibly responsible gaming experience: Fortnite’s newest update includes memorial-service cutscenes after every kill so players can learn to value human life.

Right on! This will go a long way to ensuring gamers around the world aren’t desensitized to violence.

With this latest update, each time a kill is logged in Fortnite’s “Battle Royale” mode, the game will pause and a cutscene will take players to a chapel where they will watch a moving, 45-minute memorial service of the deceased character, including eulogies from friends and family and a graveside burial service. Once gamers have contemplated the finality of death by watching the fallen character’s body being lowered into the ground, they will return to Fortnite’s exhilarating gameplay until another kill is logged and they are once again shown a cutscene of the fallen character’s funeral.

Fortnite gamers who are used to mindlessly logging headshot after headshot without ever reflecting on the life of the characters they’re killing will now hear about the Recon Scout’s dedication to Christ and the church mission he served in the Philippines during a moving eulogy delivered by his weeping, digitally-rendered mother. And players who would otherwise take out a Plasma Specialist with a C4 trap without a second thought will now watch her tear-stricken husband stand over her coffin and speak about the New England summer home she had always dreamed of retiring to.

“By attending 100 full-length funeral services over the course of a single match, we feel confident gamers will learn that every person’s life, whether an Outlander or Ninja, is unique and has value,” explained Epic Games CEO Tim Sweeney. “After sitting among numerous congregations of animated mourners and hearing their sorrowful sobs, players will return to the game map with a greater respect for those they’ve killed and a more profound perspective on life.”

Absolutley amazing. Fortnite’s latest update is going to go a long way toward ensuring gamers come away from each match with a deeper reverence for the inherent worth of every human life!