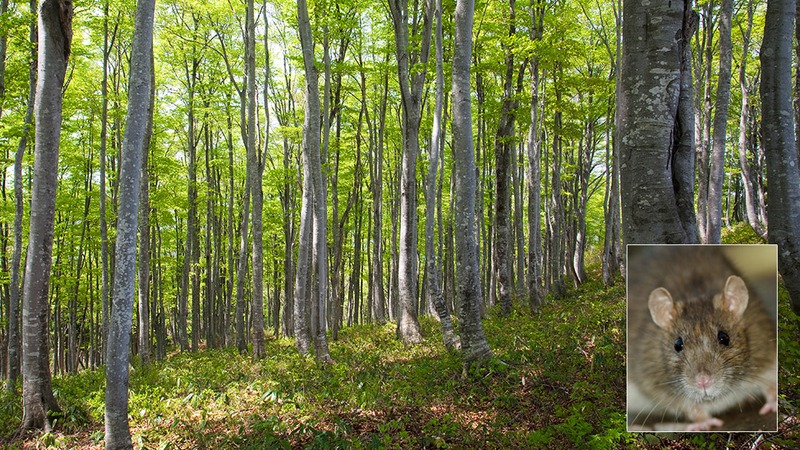 If you’re in the forest right now, we hope you’re sitting down, because there is an utter tragedy happening where you are. This is one of those nightmare scenarios you hope never happens to those in the woods, but there is simply no way to sugarcoat what is going down: There is a rat in the forest.

This is not a drill.

All was peaceful in the beautiful forest until moments ago, when a rat arrived and sent everything straight to hell. The rat is on the move, and we do not know its exact location, although the rat is definitely among the bushes, trees, and beautiful plants that make the forest so great. No, it does not take much imagination to picture the rat’s long, mealy tail touching some nice saplings right now, because the rat is 100 percent in the forest right now.

The rat is here, and that means the forest is now bad.

This morning the rat was not in the forest, but something has gone wrong and now a rat is strutting around enjoying the shade of the canopy like it is his goddamn right. This is nobody’s fault, but everyone is guilty. The rat is real and is unfortunately not a cartoon or a memory. Though the forest is generally a place for staying and enjoying, now it is time to haul right out of here and pick a new interest. The forest is simply no longer the place without a rat, so you might as well accept that and try as hard as you can to move on.

The rat may leave the forest at some point in the future, but it also may not. It is a fool’s errand to try and inhabit the twisted mind of vermin to guess when it might leave the forest and return to a place where it is wanted. We are deeply sorry for all the pain this message has caused to everyone in the forest, but we felt it was our job to inform you. If you want to blame us for the rat, so be it, but know that you are currently grieving the previous rat-less state of the forest, and it is not us you hate, but the coldness of the universe. Thank you for reading ClickHole.