Sad: This Kid’s Pinewood Derby Car Was Made Entirely By His Dad And It Still Sucks 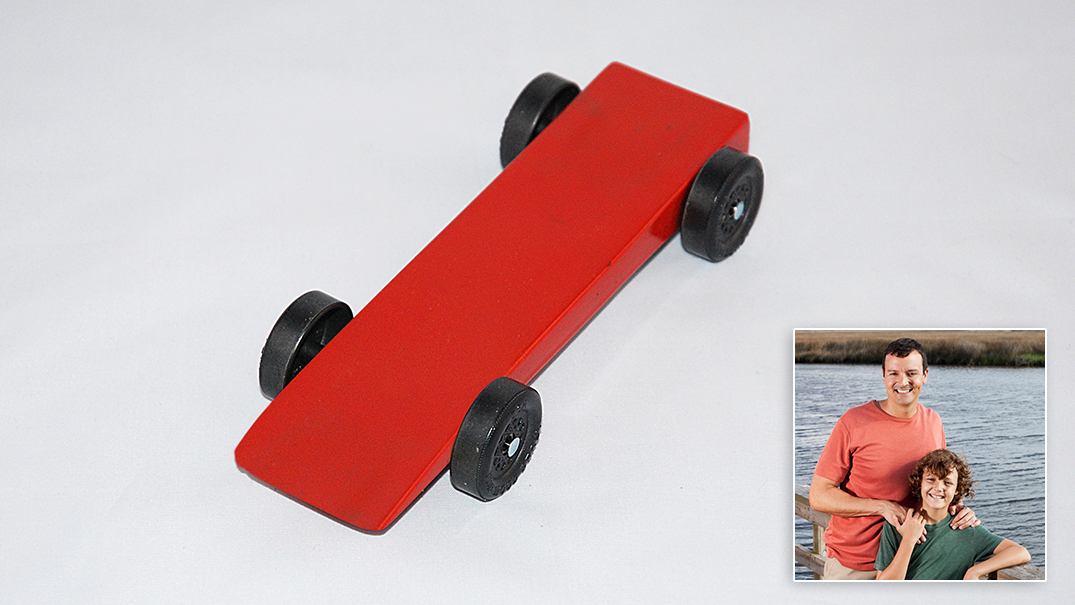 Get ready to feel kind of depressed, because there’s a real bummer of a scene taking place at a Wichita Boy Scout troop’s annual pinewood derby event right now: This kid’s car was made pretty much entirely by his dad, but somehow it’s still by and far the crappiest car there.

Oof. The dad cars are almost always ringers, but sadly this kid’s is an absolute piece of shit.

Nine-year-old Tyson Offrey probably thought he was in good hands entrusting his dad to put together his pinewood derby car, but it’s clear now that his trust was misplaced as his old man stuck him with a real stinker of a car that’s a total shoo-in for last place. This was made painfully evident at Tyson’s first-heat race today, when his car’s crooked front wheels sent it dragging along the side of the track as all the other cars zipped ahead, causing him to lose in spectacular fashion. Despite the fact that his dad spent an entire Saturday in the garage pouring his sweat and blood into the car, the finished product is a disaster of aerodynamics that boasts the speed and maneuverability of a shopping cart with a wonky wheel, leaving Tyson at the bottom of the loser’s bracket with the kids from broken families who had to build their cars themselves.

One look at Tyson’s car and it’s obvious his dad was oblivious to all the classic pinewood derby tricks that pretty much every other dad knows—he didn’t sand the axels to minimize friction or lube the wheels with graphite or embed weights in the chassis or anything. He sort of just sanded the wood block into a door-stopper shape, jammed the axles into the pre-drilled holes, and coated it with the same shitty spray paint he used to dress up the planters in his backyard. Sadly, this left his son with an unredeemable shitheap of a car that skids down the track at an embarrassingly slow speed and quite honestly doesn’t even merit a participation trophy. It’s a fucking dud.

What’s especially heartbreaking is that, even though it’s now obvious that his car is not up to snuff, Tyson will still have to race in several more rounds, prolonging his humiliation throughout the entire afternoon. It’s gonna be a rough day for the kid, but hopefully this will all motivate him to come back next year with a much better car—ideally one constructed by a handy uncle or neighbor instead of his dad.