Saying Goodbye: James Gandolfini’s Body Will Finally Be Buried After 4 Years Of Being Used To Test New Hats At The New Era Cap Company 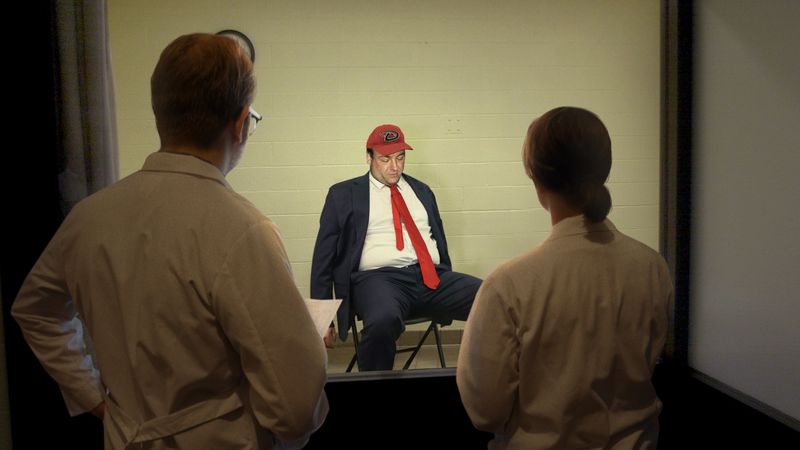 Fans all over the world were devastated by the untimely death of James Gandolfini in 2013, and television hasn’t been the same since. But those affected by his loss can take comfort knowing that, after four years of being used to test new hats at the New Era Cap Company, the Sopranos star’s body will finally be laid to rest.

While millions will always remember Gandolfini for his iconic turn as mafia patriarch Tony Soprano, many will also remember the three-time Emmy winner for being the corpse that was used to stress-test new hats at the New Era production facility in Derby, New York. If you’ve purchased a New Era cap at any point over the past half decade, chances are it was first stretched and yanked over the deceased actor’s bloated cranium to gauge the condition of the stitching and the strength of the paneling.

With his dead body firmly strapped to a steel ramp at the end of the factory assembly line, Gandolfini has been used as a critical tool for ensuring the quality of more than 2 million snapbacks since 2013, with New Era workers performing a litany of highly physical tests that employ the actor’s distinctly bulbous skull to measure the durability of everything from the visors to the crowns before ultimately sending the hats off to be steamed into their final shapes. Starting next week, however, after the TV legend’s body is interred into his family’s New Jersey plot, New Era will be forced to begin using a carbon-fiber bust of Gandolfini to get the job done instead.

While it’s sad to have to say goodbye to the actor for good, Gandolfini’s memory will live on forever through his performances and through the structural soundness of baseball caps all over the world. Thanks for everything, sir.