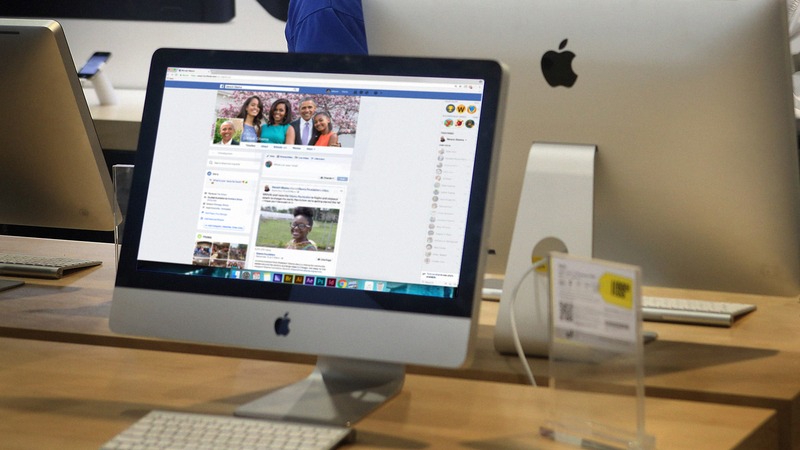 There have been an unsettlingly high number of security lapses involving America’s most powerful politicians in recent years, but if you haven’t been worried about them yet, this latest breach will leave you deeply concerned. According to sources, former President Barack Obama logged onto his personal Facebook account on a display computer at a Best Buy yesterday and forgot to log out—leaving the account entirely vulnerable to passersby.

While we’re lucky that the president wasn’t harmed, this kind of negligence from the Secret Service agents there to protect him is simply inexcusable.

Looking to kill some time while waiting for his table at the Cheesecake Factory to be ready, Obama reportedly opted to walk over to a Best Buy store across the parking lot to check out the latest video game and computing technologies. Once at Best Buy, the former POTUS played Sonic Mania on the Nintendo Switch end-cap console for several minutes before wandering over to a MacBook Pro display computer and logging onto his personal Facebook. Sources who have seen store security footage say Obama then scrolled through vacation photos of close friend Marty Nesbitt for a minute before watching a NowThis video about bungee jumping, at which point he received a text from Cheesecake Factory alerting him that his table was almost ready. He then promptly hustled out of the store without first logging out of his Facebook or closing the browser.

The Facebook account remained open for more than an hour afterwards, during which at least five other customers are believed to have used the same display computer. Thankfully, none of these customers seemed to make any malicious attempts at exploiting the situation, although one person did use the former president’s account to “like” the official page for The Real World: Miami, and another left a laughing-face reaction on a cute video of a dog and pig hanging out.

Where the former president’s security detail was during this disaster is a complete mystery, but it goes without saying that someone’s probably getting fired for this one. We should be counting our lucky stars that none of Obama’s personal information was accessed or stolen despite this major lapse in security protocol. Here’s hoping that Obama himself isn’t too rattled and that the Secret Service makes some serious corrections in the wake of this blunder.