Security Fail: This Bank Was Robbed For Thousands Of Dollars Because Its Panic Button Just Sets Off The Sirens At The Baskin-Robbins Across The Street 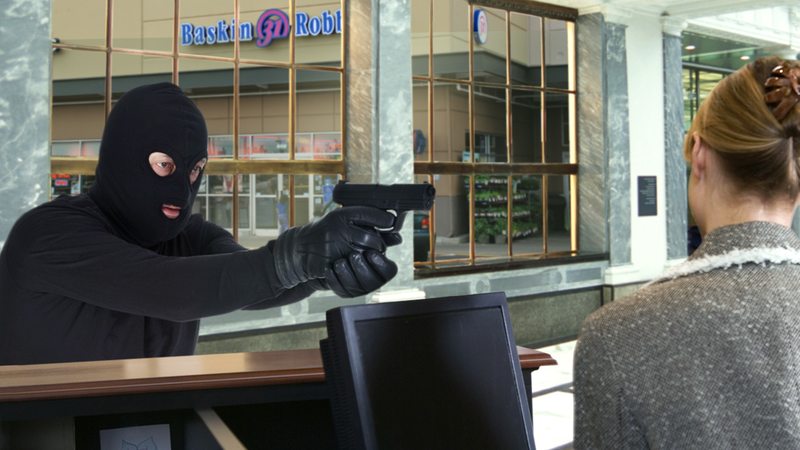 Well, this is embarrassing. Earlier today in Jackson, TN, Southeast Municipal Bank was robbed for thousands of dollars because its panic button just sets off the sirens at the Baskin-Robbins across the street.

Yikes. Heads are going to roll at the security firm responsible for this mix-up.

The debacle began at 9 a.m. this morning when two armed men stormed the bank and demanded all the cash in the registers. In attempting to secretly alert police of the robbery, the bank teller pressed the panic button, but all it did was set off a muffled siren inside of the Baskin-Robbins location directly across from the bank. Sadly, this muted alarm from outside of the bank did not deter the bank robbers, and they were able to get away with more than $10,000.

This is a massive security blunder.

The bank’s employees thought they were calling the police when pressing the panic button, but they were actually just causing a nearby Baskin-Robbins to erupt in a chaotic cacophony of sirens, which did not help with the situation at the bank because the robbers were not robbing the Baskin-Robbins, they were robbing the bank. If the sirens had been at the bank, that would have been great. Unfortunately, that’s not what happened. The panic button at the bank set off sirens at the Baskin-Robbins across the street. Due to this unforgivable security failure, money was stolen and lives were put at risk, both of which could’ve been avoided if the bank had had a working panic button that set off alarms at the bank itself and alerted authorities to come to the bank instead of unnecessarily controlling Baskin-Robbins’ alarms as well as its toilet, which flushed each time the bank’s panic button was pressed. This is basically a huge disaster.

Wow. Can you imagine how upset you’d be if you were trying to alert authorities to a robbery and all you did was make a nearby ice-cream place become extremely loud? Hopefully the robbers are caught and the bank gets its money back. Until then, the bank should look into getting its security system fixed.