Serendipity: This Man Made Up An Entire Personality For His Regular Barista, And She’s Perfect For Him 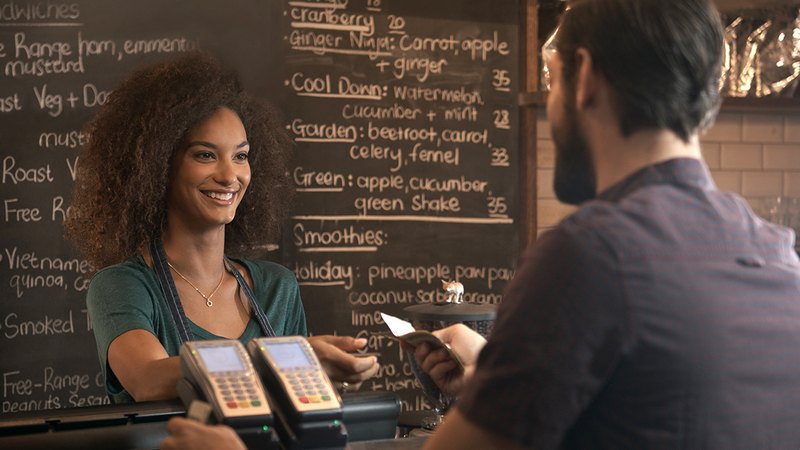 If you don’t believe in fate, here’s a story that’s sure to change your mind.

Every morning, Jake Gerber goes to his local café to grab a cup of coffee on his way to work. It’s not the place where you typically find a once-in-a-lifetime love, but incredibly, the stars aligned for Jake, and something amazing happened: He made up an entire personality for the woman who serves him coffee most days, and she’s absolutely perfect for him.

If you’re not tearing up right now, you’re essentially a robot.

The connection between Jake and the detailed personality he invented whole cloth for his barista was instantaneous. After making eye contact with the barista just once, he assumed she was the kind of girl who would want to walk home in bad weather just so she could dance in the rain, which is so refreshing because Jake is looking for a woman to counterbalance his more anxious personality. And when Jake noticed that she has more than one piercing per ear, he went ahead and decided that she is totally into The National, which just so happens to be his favorite band! Whoa!

Jake’s brain could have invented any personality for his barista, but to invent one that can totally appreciate the subtlety of the back half of Trouble Will Find Me? What are the odds??

The universe must have conspired to bring Jake to that coffee shop the first time, because how else can you explain that a barista who, according to Jake’s imagination, has a working map of Westeros in her head just happened to be working there? Eerier still, one time a few weeks ago, Jake said, “It’s just one of those days,” while ordering his coffee, to which the barista replied, “Tell me about it,” and Jake interpreted that as a clear indication that she thought working for a corporate coffee shop was pretty lame but needed to pay the bills for art school, where she studies experimental painting but not the kind of experimental painting Jake thinks is stupid. Against all odds, he then managed to extrapolate from the way she smiles when she hands him his coffee that his barista enjoys a Saturday in just watching movies, would impress his dad with her ping-pong skills when she comes to visit over Thanksgiving, and totally sees the good in Jake even though he’s not great at parties and feels entitled to have his opinion constantly validated.

Seriously, how did Jake manage to project a girl who checks all the boxes onto his everyday barista? Folks, love is real!

Romantic comedies may not be realistic, but the electric connection Jake feels with the personality he’s given to the barista based off zero evidence is right out of Hollywood. And it’s truly lucky that Jake has fallen for this completely fabricated idea of a woman who has been right under his nose this whole time, because in reality, the barista is nothing like he imagines and has never thought about him even once.

Wow. After hearing a beautiful story like this, who knows? Maybe there’s hope for us after all!