Shameful Privilege: This Kid Conveniently Got Into Yale The Same Year His Dad Donated An Enormous New Physics Professor 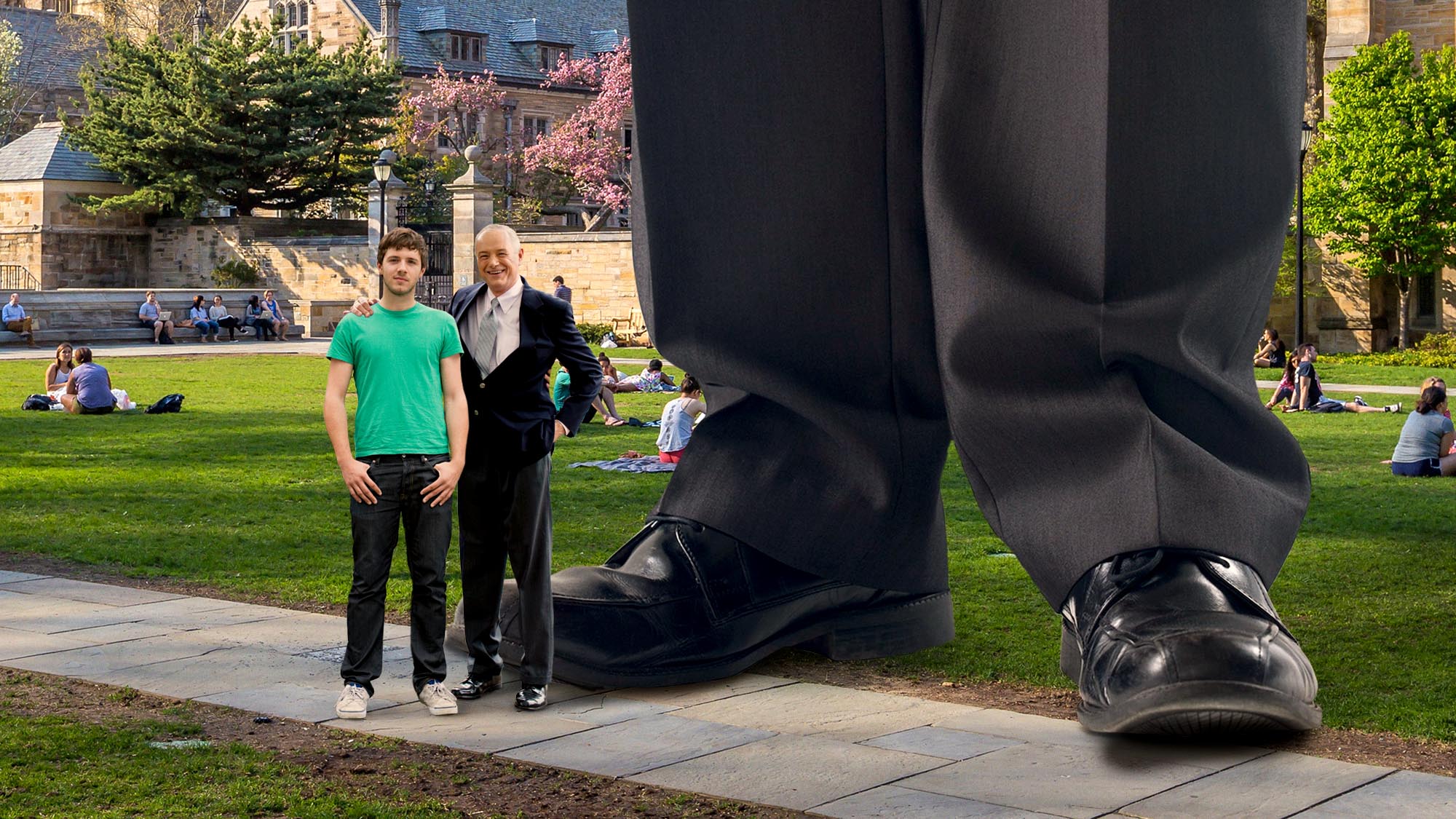 Colleges may talk a big game about fairness in admissions, but a recent “coincidence” in the Ivy League proves that sometimes being born rich is all it takes: This kid conveniently got into Yale the same year his dad donated an enormous new physics professor.

Just when you thought the rich couldn’t get more brazen than the last college admissions scandal, there’s this.

When the son of billionaire financier Raphael Pendleton starts at Yale this Fall, he’ll owe it less to hard work or good grades than to the 300-foot-tall physics professor his father just so happened to donate while his application was being considered. Apparently, bribing an athletics director to get your kid into USC is a national scandal, but buying entry to Yale with a behemoth physicist who sips coffee from a tanker truck during his lectures is just business as usual.

Sure, students will obviously benefit from having a tweed-jacketed colossus whose booming voice can explain what protons are to everyone in a five-mile radius, but that’s cold comfort to the unlucky applicants who didn’t land a spot at Yale because some rich asshole bought it out from under them. Not everyone has the financial resources to add the towering silhouette of a giant professor to the New Haven skyline, and sadly, it seems that Yale was more than happy to let the Pendleton family exploit that imbalance of power to their advantage.

This is a far cry from the meritocracy that academia pretends to be.

Normally it would be acceptable, even laudable to donate a physics professor so large that his teaching fellows can comfortably ride around campus inside his shirt pocket, but doing so at the same time your son is applying to the school makes the whole thing feel just as slimy as paying off an SAT proctor to let your kid cheat on the exam. Pendleton’s son will be fine in life no matter what school he goes to, so donating a PhD-holding, tree trunk-legged titan to guarantee his admittance to an Ivy seems more like vanity than an honest act of charity. The gargantuan physics professor will certainly make Yale look good as he effortlessly tosses shipping containers around to demonstrate the principles of momentum, but by placing the value of donor contributions above that of real academic achievement, Yale may have tarnished its reputation much more than they realize.

The rich really do play by an entirely different set of rules. Here’s hoping the next class of Elis has fewer people who bought their way in and more people who truly earned their right to be there!