She Gets It, Dad: 6 Ways Dad Tried Bragging To The Waitress That This Isn’t The First Time He’s Had Food 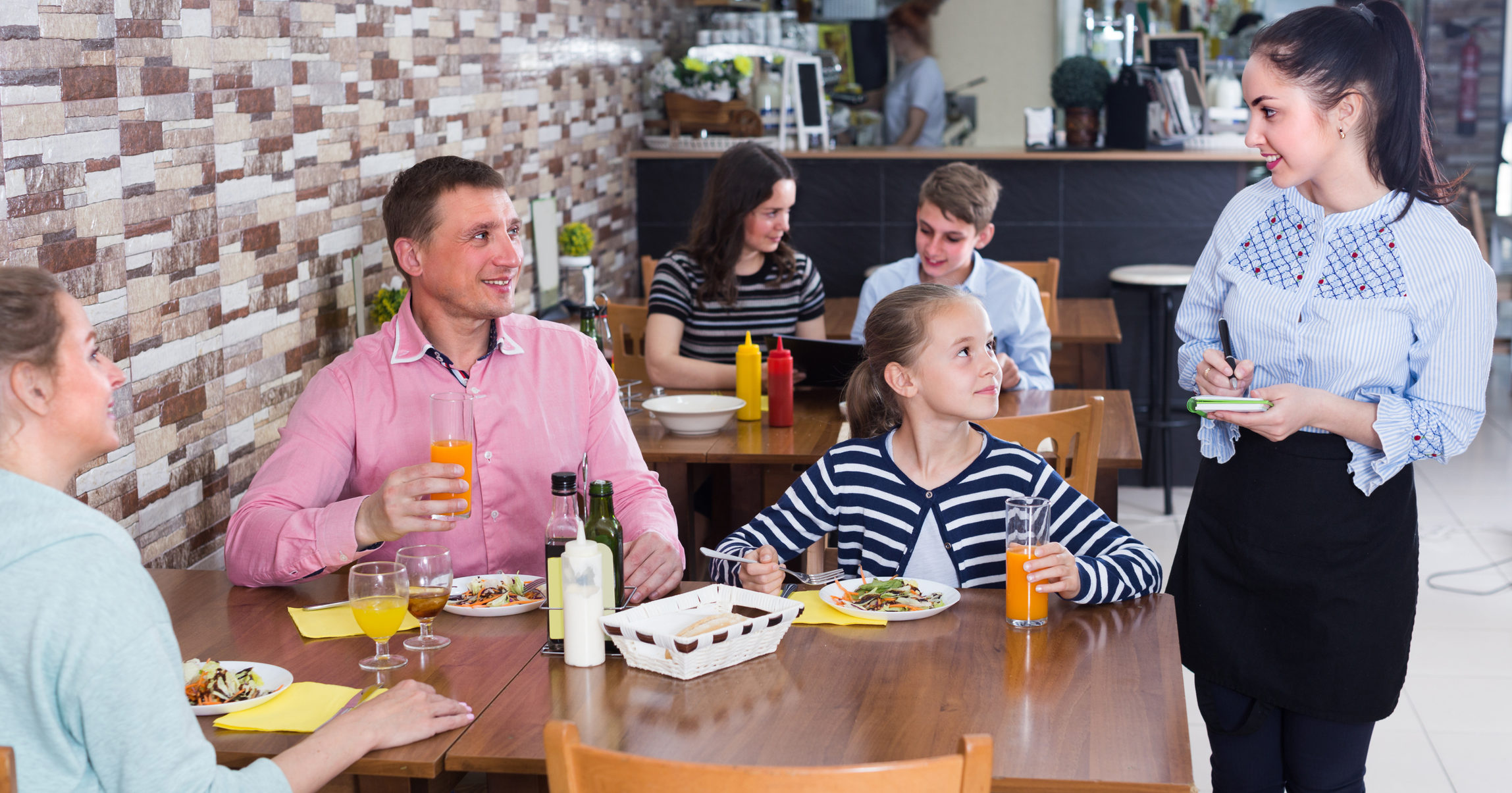 Going out to eat with Dad can be a real cringefest, and it only seems to be getting worse as he gets older. Here are six ways Dad has tried bragging to the waitress that this isn’t the first time he’s had food.

1. When he took one look at the menu, gave the waitress a wink, and said, “I know what this stuff is, if you know what I mean.”

Ugh, even though our waitress has probably served food to thousands of people, Dad seems to think that she’s going to be impressed with the fact that he’s not confused in the least by all of the pictures and names of food on the menu. Jesus, Dad, you’re embarrassing yourself. Just order your Big Mouth Crispy Chicken Sandwich and shut up.

2. When the waitress asked what he’d like to drink and he responded, “Drinking is nothing like eating, huh? Pretty different things.”

This poor woman is trying to serve 14 tables at once during the lunch rush at this Chili’s, and here’s Dad thinking she actually gives a shit that he knows the difference between eating and drinking. He really seems to think that this 21-year-old server with tattoos and torn stockings is going to be blown away by a schlubby Boomer exhibiting basic comprehension of how food works. Pitiful.

3. When he ordered an appetizer platter and said, “Bet that’s gonna give me the feeling of fullness that follows eating a food!”

She gets it, Dad, you’ve had food before. You’re a big shot food know-abouter. You’ve digested food and turned it into energy and body fat for decades now. It might seem to you that she’s wowed by your bragging, but she is clearly just humoring you to get a good tip.

4. When he picked up his sandwich and nonchalantly told the waitress, “Well, time to take a bite of this. I’ve taken a few bites in my time. Getting pretty good at it.”

God, this was absolutely excruciating to watch in real-time. He just kept rambling and blurting dumb shit at this poor woman who, to her credit, somehow remained a good sport and kept saying things like, “Wow, it sounds like you know a lot about eating food, you must have had a lot of it,” even though deep down you could tell she was loathing every second of the interaction.

5. When he awkwardly pulled up his sleeve to reveal his tattoo that says “Meals” so the waitress would see it

It’s bad enough when Dad asks waitresses about their tattoos, but when he blatantly pulled up the sleeve of his polo shirt to show off his tattoo that says “Meals” in script, it escalated things to a code-red level of embarrassment. Of course, the waitress didn’t acknowledge it, seeing as you can barely read what it says since it’s like 30 years old. But that only spurred Dad to nonchalantly raise his arms over his head like he was stretching so that the tattoo was basically right in front of her face. She still didn’t notice it, though, so he finally just straight-up pointed it out to her and said, “Meals.” She then smiled politely and hurried away.

6. When he ate a spoonful of ice cream and yelled, “Now there’s a familiar activity!” ridiculously loud so she could hear him on the opposite end of the restaurant, where she’d clearly retreated to avoid our table

We get it, Dad. You don’t have much of a chance to talk to young women anymore, and it probably boosts your confidence when waitresses feign interest in what you have to say about how familiar you are with the act of eating food products. But next time, how about you spare your family the dreadfully humiliating experience of hearing you endlessly try to impress our waitress with how you’ve eaten before and just try a couple of lame dad jokes instead. Thank you.