Silver Lining: This Tornado Leveled A Veterinary Hospital But Successfully Neutered All The Animals Inside 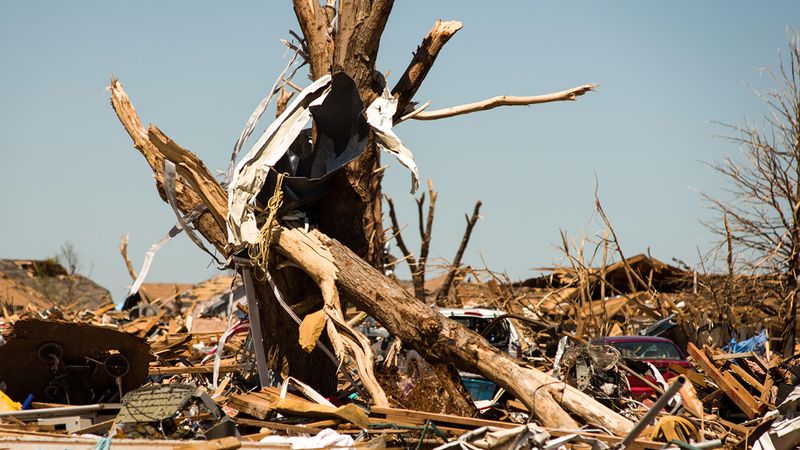 When a tornado tore through Stillwater, OK early last week, it completely demolished the Hearts and Paws Animal Clinic, tearing its entire roof off and reducing its foundation to rubble. As tragic as it was for the town to lose its lone veterinary hospital, the people of Stillwater managed to find a much-needed silver lining amid the destruction: The tornado successfully spayed and neutered all the animals inside.

This is a true ray of light during an otherwise bleak time for Hearts and Paws.

In the immediate aftermath of the storm, workers and volunteers arrived at the devastated shelter fearing the worst for its animal inhabitants. But that’s when the universe showed that it gives as much as it takes: Not only were the animals still alive, but the testes and uteruses of every cat, dog, rabbit, bird, gerbil, ferret, and one possum being treated for rabies had been cleanly removed by airborne debris traveling at 115 miles per hour. Fortunately, the terrifying efficiency with which the tornado de-sexed all these animals means that many fewer unwanted litters will get stuck in shelters or on the streets without a home.

Only when you look at what remains of the shelter can you begin to appreciate what a small miracle it is that the whirlwind gusts blew away the clinic’s anesthetics, surgical instruments, and sutures in such a way that removed the reproductive organs of all the animals and stitched them back up, with the results being nearly indistinguishable from that of a professional fixing procedure. As expensive and arduous as the rebuilding process will be, the fact that these animals have been rendered incapable of contributing to the overpopulation of domestic pets is just the break in the clouds that Hearts and Paws needs right now.

The good people at Hearts and Paws won’t have a physical home for the foreseeable future, but they must take solace in the fact that the twister that wrecked their home base also completely cleared out their backlog of animal neuterings. While the shelter has a long road ahead before their operation returns to normal, every tornado-sterilized animal in Stillwater right now just goes to show that there are blessings to be found even in the worst of circumstances.