Slay Queen! 5 Times Grandma Was An Absolute Girlboss During Her Knee Surgery 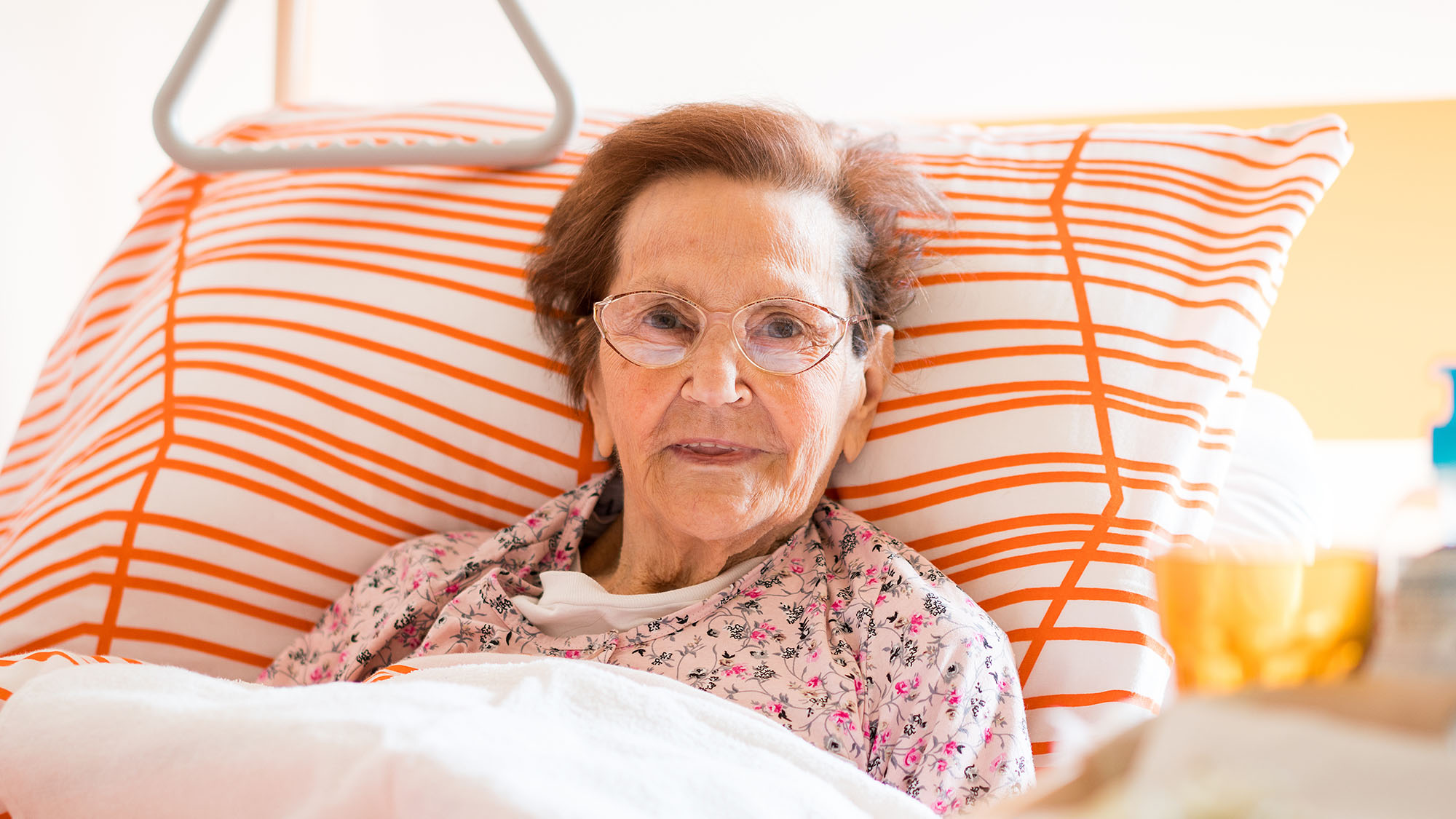 Grandma’s hospital gown might as well have been a pantsuit because she totally slayed her five-night stay at the hospital while recovering from her knee replacement operation. Here are five times Grandma was an absolute girlboss during her knee surgery.

1. When Grandma absolutely crushed consuming only clear fluids eight hours before her operation:

Let’s just say that if you want Grandma to do something, you don’t have to ask her twice. Even though she really wanted her usual #riseandgrind breakfast of Cream of Wheat and Earl Grey tea, Grandma followed her surgeon’s pre-op guidelines perfectly and avoided all food and drink besides clear fluids during the eight-hour period preceding her surgery. Rolling into the lobby without a trace of food in her digestive system, she was ready to make straight up girlboss moves from the second she set foot in the hospital. And that’s how you get ahead in this man’s world, hunny!!

2. When Grandma flawlessly stayed under anesthesia the entire time the doctors operated on her:

A true Head Bitch In Charge knows when to actively engage and when to just sit back and rest, and Grandma fully understood that her knee surgery was the time for the latter. Someone who is less of a She-EO might have woken up and interrupted the surgery, but Grandma freaking nailed staying asleep and the operation went off without a hitch. Seriously, can Grandma run for President in 2020—with Michelle Obama as her Veep, please???

3. When Grandma showcased her sexual autonomy by hitting on her doctor right after she woke up in the recovery room:

If it scares you to see a strong woman like Grandma express her sexual desires, you should unpack that ASAP because the fact that Grandma openly embraced her sexuality immediately after surgery was incredibly empowering. Yep, just moments after waking up from anesthesia with a brand new knee, Grandma turned to the doctor who was checking her vitals and said, “Oh, my! You’re so handsome!”—a bold move that proved once and for all that Grandma’s here, sexual, and definitely not sorry. “If I were 50 years younger… my oh my,” Grandma added, demonstrating once again that she’s a woman who knows exactly what she wants and isn’t afraid to say it. Slay, Grandma. Slay.

4. When Grandma wasn’t afraid to tell the nurses they had to clean up her bed after she’d peed in it:

There’s nothing selfish about a girlboss asking for what she needs. That’s why when Grandma had some difficulty using her bedpan and ended up drenching her bed in piss, she didn’t think twice before ringing her bell until the nurses came to her aid. Without softening her demands with uptalk or filler words like “um,” this goddess told the nurses exactly what she wanted: “I’ve accidentally wet my bed. Could you please clean this up?” And when Grandma pissed the bed again just 20 minutes after getting a new set of sheets, Grandma rang the bell with bad bitch confidence and didn’t hesitate to tell the nurses that she was once again sitting in her own urine and would need another change of linens. You got that right: Grandma’s not bossy—she’s the boss.

5. When Grandma took charge and called her son to chastise him for not visiting her in the hospital:

Grandma basically proved that she should be the leader of Pantsuit Nation when she refused to sit idly by and let her son get away with failing to visit her in the hospital. She had barely finished hustling hard in her 45-minute physical therapy session when she picked up the phone to call him, saying, “I thought that after all I’ve done for you that you’d at least come see me in the hospital, but no, apparently checking in on the woman who raised you was too much of a hassle.” Even after he mansplained to her that he’d already said he wouldn’t be able to visit because of his daughter’s college graduation, she held her ground and told him that she couldn’t believe that she’d managed to raise such an ungrateful son. Go off, Grandma! No one gets to take a girlboss like you for granted!

If Grandma’s this much of a girlboss while bedridden in the hospital, we can only imagine how much she’s going to kill it once she’s regained full mobility in six to eight months. Grandma’s a queen, and we stan her forever!!!