So Sexy! These 6 Frogs Don’t Even Have To Be Princes In Disguise To Get A Little Tongue Action From Us 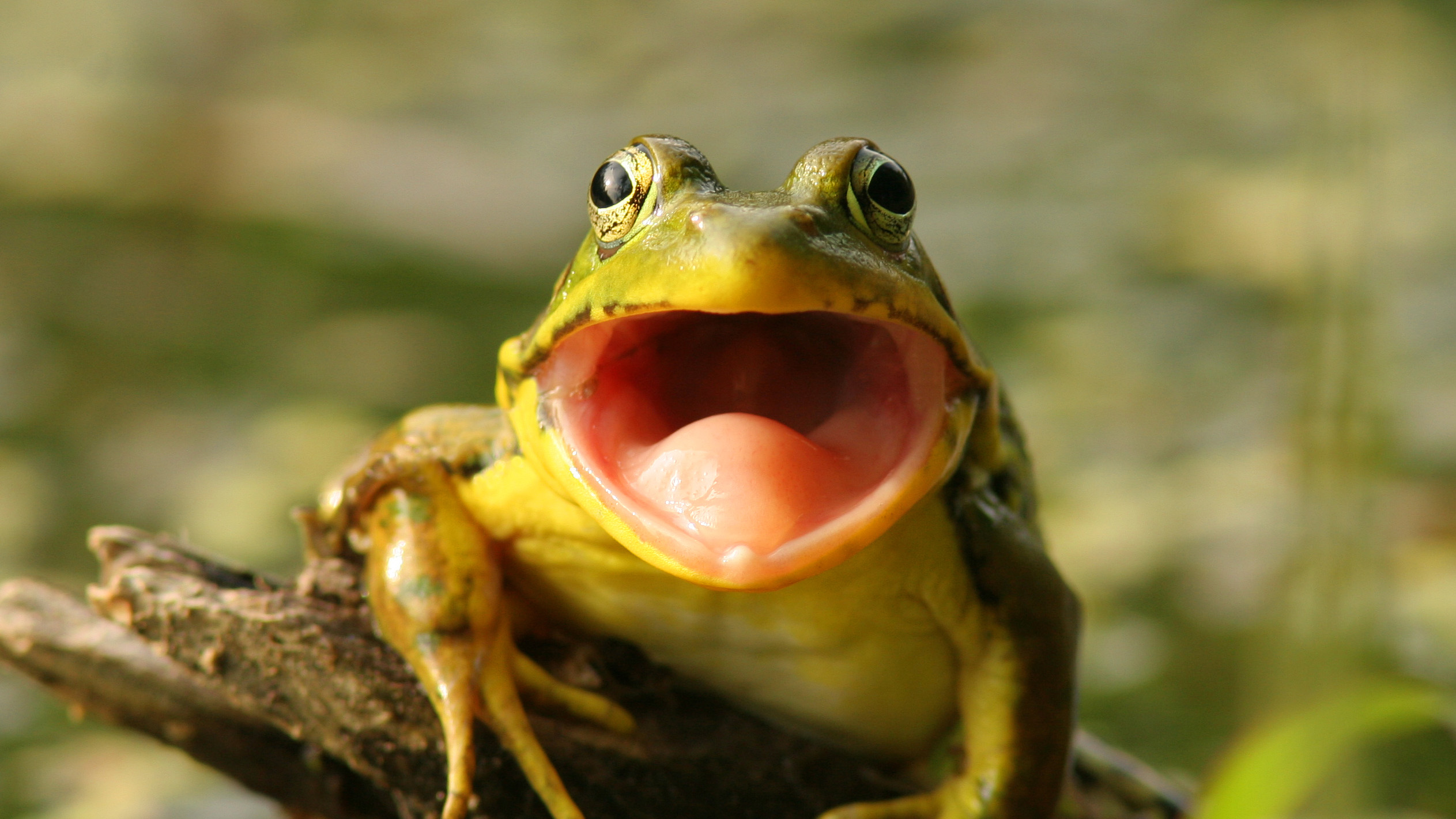 The average frog isn’t nearly hot enough for us to want to do any lip-locking with it unless we know for sure it’s going to turn into a prince, but there are definitely frogs out there that are an exception to that rule. Check out these six frog hotties that we think you’ll agree it would be sexy as hell to make out with, even if there’s no chance of them transforming into human men before our eyes.

Hubba hubba! Yep, we’d slip our tongues in between this guy’s little green lips without the promise of anything but an arousing little amphibian make-out session. The way his slime perfectly reflects light…those dreamy little suction cup fingers…those bulbous eyes…hot! Hop on over to our eager mouths and let the making out begin, little guy!

Whoa! Now, this is sexiness personified in frog form. When you lay eyes on a tree frog like this one, it’s impossible to not want to draw him in close to play a little tonsil tag! Not only would we love to spend a little time under the mistletoe with this frog even if he wasn’t going to turn into a prince, but we’d also be devastated if he did change into a prince! We just want him to stay a sexy-ass frog!

Imagine running into this sexual creature one day in the swamp. He looks at you, you look at him, and there’s an instant magnetic attraction. You know you want—no, you need—to kiss him on the mouth, and the last thing on your mind is whether or not he’s going to turn into a prince. Who cares! You lift him to your mouth and gently work your tongue down into his neck bubble, careful not to accidentally swallow his body in a single gulp…mmmmmmm.

Most frogs are so gross that we’d have to think twice before kissing them even if we did know they were actually a rich, handsome man trapped in a frog’s body, but this sexy specimen is different! We’d suck face with this frog any day of the week—morning, noon, or night—and we’d even let him do a little under-the-shirt action if he so desired. He’s just so fucking attractive! Hop out of our dreams and into our mouth!

We don’t care if you’ve never been attracted to a frog in your life; if you were to see this one stuck to the window of your car or eating bugs in a plant pot, you’d kiss him regardless of whether his true form was that of a royal. And not just a peck on the cheek, either. Nope, you’d go in for some grade-A necking and you wouldn’t come up for air until your tongue was totally exhausted. And so would we.

Generally, in order to get down on your hands and knees in the muck of a dank swamp and kiss a slimy creature, you’re gotta be pretty much guaranteed that it’s going to poof into a prince the second your lips touch its lips, but not this one! Nope, this one’s getting to first base with us based on its physical appearance alone! Pucker up, non-prince frog, because we’re coming in for a big ol’ smooch! You are sexy as all get-out!