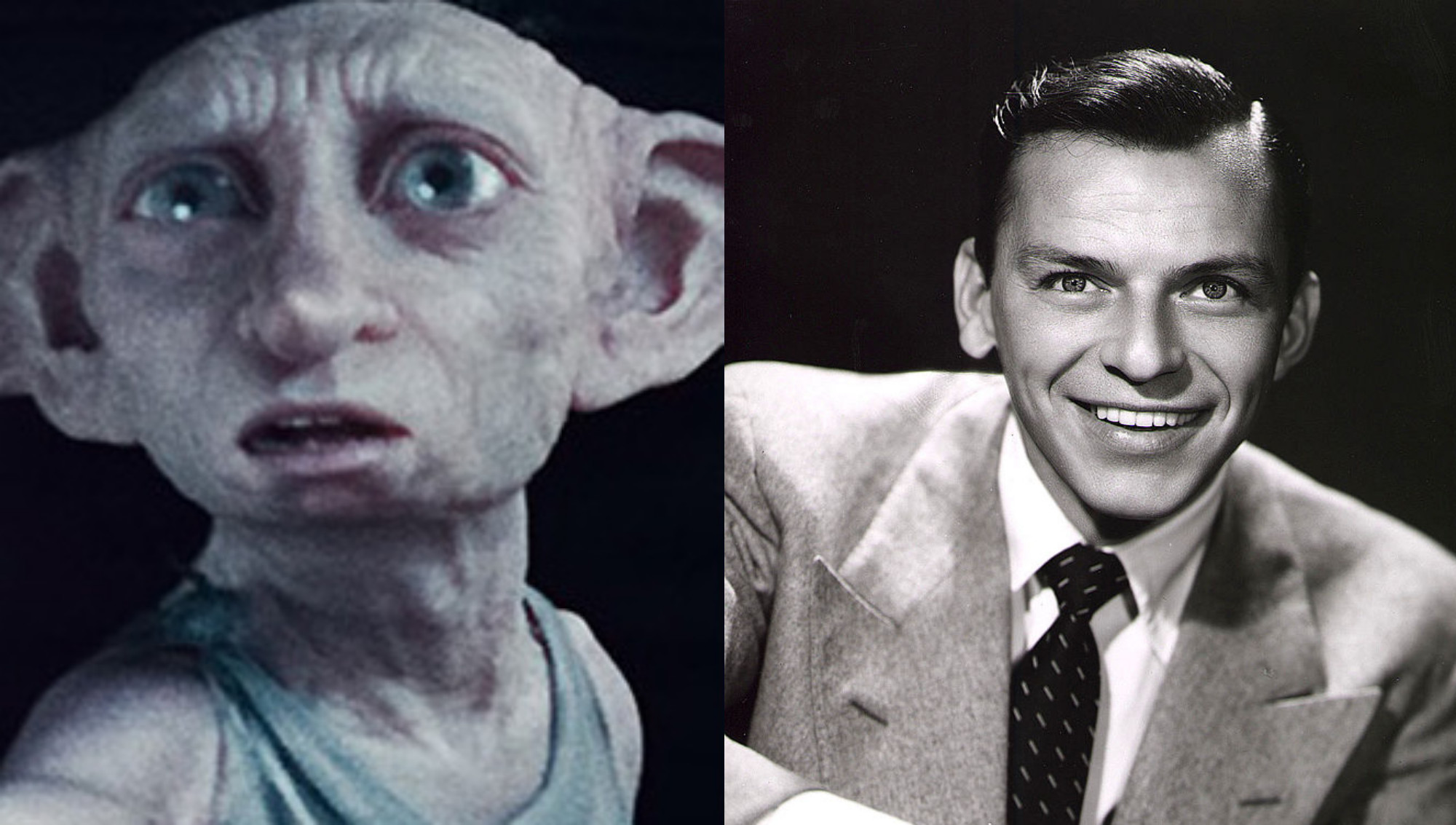 The Wizarding World of Harry Potter is filled with all sorts of unforgettable characters. From the dozens of quirky Hogwarts professors to the many courageous members of the Order Of The Phoenix, there’s a Harry Potter character out there to match any personality. So pick up a wand from Ollivander’s Shop and get ready to board the Hogwarts Express, because this quiz has been created to help you find out which Harry Potter character you are! Unfortunately, there were some technical difficulties on our end, so the only two available results for this “Which Harry Potter Character Are You?” quiz are Dobby and Frank Sinatra. Sorry in advance, but you’re only getting one or the other. Our bad. Let’s get started!

What would you say is your best quality?

Just a reminder, no matter what answer you picked here, we only have the ability to say that you’re Dobby or Frank Sinatra. If you’re hoping to get Harry or Luna Lovegood or something, you’re going to be disappointed.

What is your ideal Saturday night?

1. I go out to a bar with friends
2. I stay in and read all night
3. I go on a romantic date with my partner
4. The man who owns me gives me a sock
5. I take the stage and the place is just hummin’ along to all my tunes. The band’s HOT tonight, syncing up like gears in a fine Swiss watch (of which I own several). The crowd is going wild for me, and I hit ‘em with some of the old staples, and then a drop a number on ‘em they’ve never heard before — a new thing I’ve been working on called “Fly Me To The Moon” — and baby, it knocks ‘em dead!

Okay, just a reminder: even if you’re trying to get someone cool like Harry or Sirius Black, the quiz really only has the capacity to give you Dobby or Frank Sinatra at this point. Ideally, choosing “Bravery” to that first question would make you Harry Potter, but right now that’s not going to work. The only options are Dobby the House Elf or Ol’ Blue Eyes.

1. I understand and wish to proceed
2. Frank Sinatra died by getting sucked into a wind turbine

What would your Patronus be?

Look, even though it’s pretty obvious which Patronuses correspond to which characters in this question, it’s really not going to help you get anyone good. Yeah, Harry Potter’s Patronus is a stag in the books, but even if you chose stag as your answer, you’re still getting either Dobby or Frank Sinatra. There is no way to game the system.

1. A martini
2. A mug of Butterbeer
3. A gin and tonic
4. An old fashioned
5. Sucking fire extinguisher foam out of a sock
6. An “Old Blue Eyes” (skim milk and Listerine, thickened with sunscreen)

During the Battle Of Hogwarts, what would have been your top priority?

1. Protecting my friends
2. Vanquishing my enemies
3. Defending the school’s priceless artifacts
4. Pulling the shirts off of the corpses and putting them in a burlap bag I call my Freedom Pouch
5. Hitting on that flashy dame Mrs. Weasley right in front of her chump husband