Sort Of A Wash For Science: Perseverance Found A Turtle On Mars But Accidentally Ran It Over 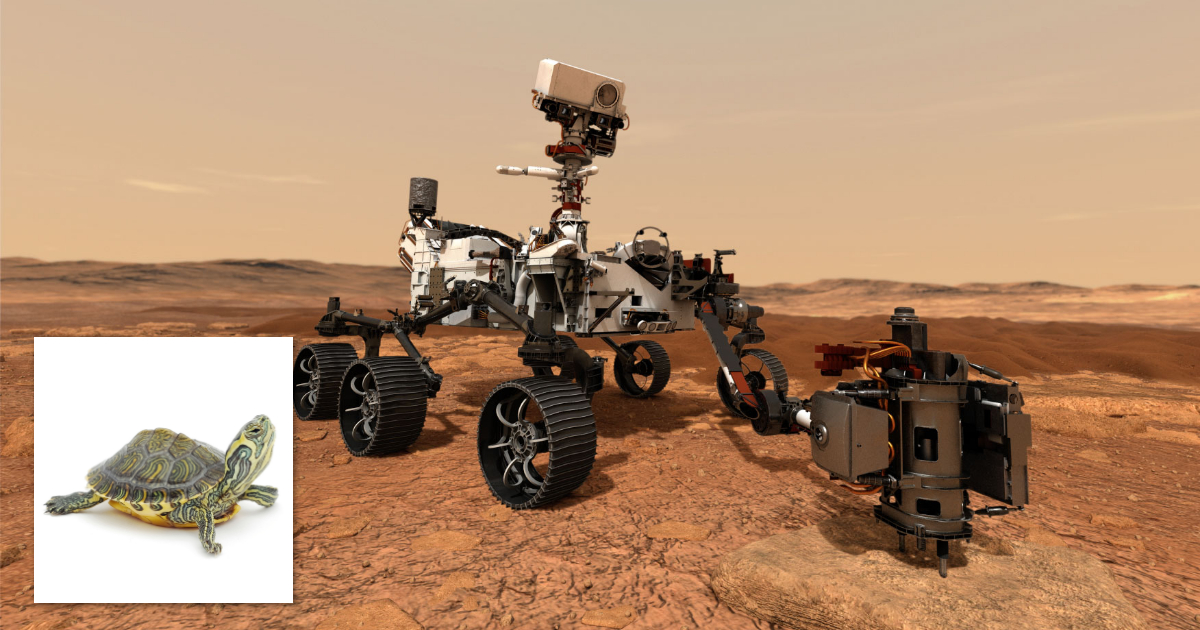 All eyes were on NASA’s Perseverance rover when it successfully landed on Mars last week to search for signs of life. Unfortunately, the mission has been a bit of a letdown so far: Perseverance found a turtle on Mars, but it accidentally ran it over pretty much immediately.

At 1:00pm yesterday, Perseverance transmitted a photo of a small turtle on the surface of Mars to NASA’s Jet Propulsion Laboratory. Shortly afterwards, the rover accelerated towards the turtle and completely crushed it, later transmitting a photo of the flattened mass of flesh where the turtle had been. Perseverance then ruined any chance of further research by attempting to reverse and pushing the turtle’s remains into a volcanic fissure.

“This discovery could have answered countless questions about the biochemical processes possible in space and about the nature of life in general,” said NASA administrator Margaret Ruiz. “But since the turtle is dead and thousands of feet below the surface of Mars, that’s sort of in the gutter now. I guess it’s good that we saw it from far away, but this is pretty much a draw.”

Unfortunately for space fans online, the setback was also documented on Perseverance’s popular Twitter account. After the turtle was discovered, the rover’s account tweeted: “I’m so excited to have found life on my new home planet!” Just six minutes later, the account tweeted: “Oh my god. I’m really sorry. I was just trying to get a closer look because I thought it was eating a worm or something. Fuck, I’m really sorry about that.”

Today could have been a huge leap forward in space exploration, but instead it was a disappointment. Here’s hoping that Perseverance is a lot more careful the next time it finds signs of life. Until then, NASA is pretty much at square one on Mars.