Spiraling Out Of Control: This Man Spends 90 Minutes A Day Online 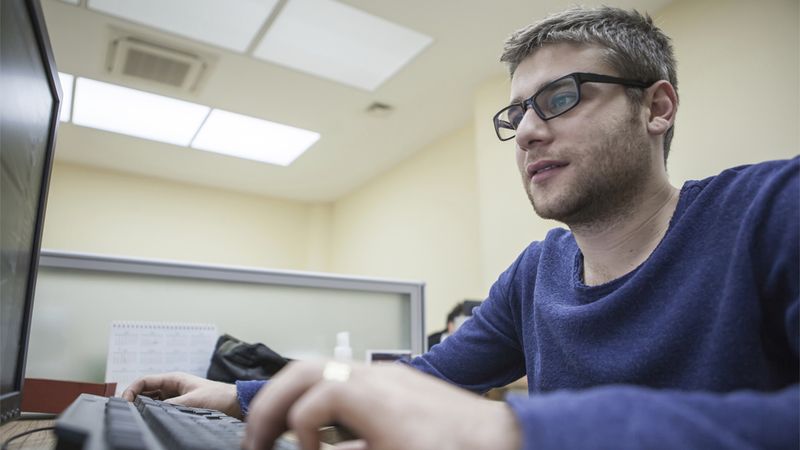 Ross Harper seems like a normal 24-year-old. He loves Parks And Recreation, has a close group of friends, and considers himself a “total foodie.” But Ross lives with a dark secret even his closest friends and family members would likely never comprehend. He spends 90 minutes on the internet. Per day.

You read that right. Ross spends up to an hour and a half on the internet each and every day, and he shows no signs that this web-browsing tailspin will end anytime soon.

According to Ross, he typically boots up his computer around 9:00 a.m. every day. And he doesn’t close his laptop until 9:30 a.m. That’s 30 minutes in a single sitting. And if you think Ross Harper is done with the internet for the day, you could not be more wrong.

“I typically check email, Twitter, Facebook. Maybe a few blogs in the morning,” Ross says. “Then I do some chores, eat, and maybe hit the gym.”

What Ross leaves out is that by 1:00 p.m., he’s right back on that computer for upwards of 20 minutes, doing work. Later, typically around 3:00 p.m., he’s at it again for another 15, sending emails. On an average day, by 4:30 p.m., Ross has already spent more than an hour (over 60 full minutes) on the internet. He must be done by then, right? Not by a long shot: At night, he logs on to Netflix and watches an episode of something before going to bed. Every single night.

And it gets even worse. If you include the time Ross spends looking at his phone, his daily internet obsession clocks in at well over two hours. It’s a hard figure to fathom, especially because Ross shows no inclination to help himself control his internet compulsions. He may be able to keep his head above water with his addiction now, but when it finally catches up to him, Ross will unfortunately feel the full brunt of his dependence.

Get help and get better, Ross. We’re all pulling for you.