‘Star Wars’ Fans, Rejoice! EA Has Released A ‘Star Wars’ Game Where Players Control The Man Who Has To Put Yoda’s Dead Body In A Trash Bag And Mail It To Han Solo 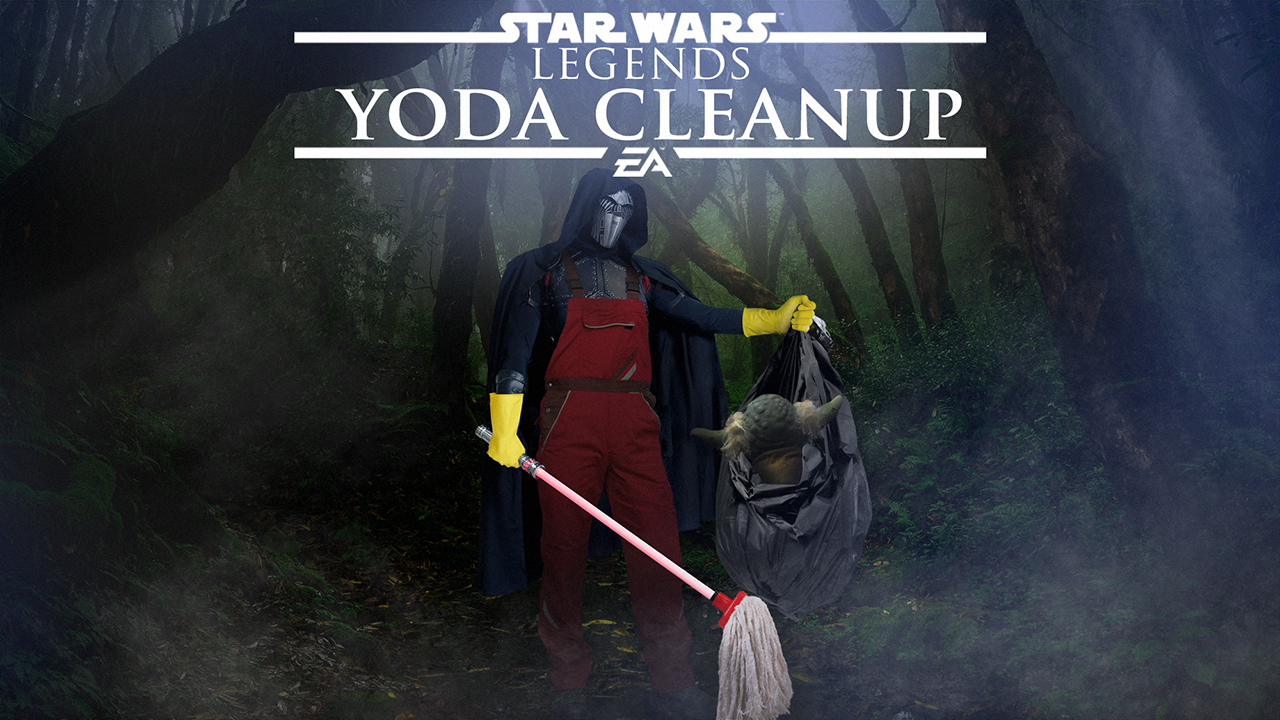 If you’re a Star Wars diehard and love gaming, we’ve got some truly incredible news for you! Game developer Electronic Arts just released a new Star Wars video game where players control the man who has to put Yoda’s dead body in a trash bag and mail it to Han Solo.

Amazing! Fans everywhere will finally have a chance to experience this exciting part of the Star Wars saga.

When EA announced that it was developing Star Wars Legends: Yoda Cleanup as an action RPG for the PlayStation 4 and Xbox One, many hardcore Star Wars fans were worried that the developer would not properly portray the pivotal moment in the Star Wars canon when Han Solo receives a garbage bag in the mail, and stares blankly into it after finding that it contains the dead body of Master Yoda himself. However, skeptics can let out a sigh of relief, as critics say that this open-world adventure has incredibly realistic graphics and sound design so that when the bottom of the garbage bag breaks and Yoda’s corpse falls on the ground, it really sounds like his wet, soft body is slapping against the mud!

The game is set immediately after the events in Return Of The Jedi when Luke Skywalker leaves Yoda’s home planet of Dagobah after the revered Jedi Master passes away. In the film, Yoda’s body vanishes after his death, and the game begins with a cut scene of Yoda’s body reappearing with slightly smaller eyes. After this cut scene, players control a fully customizable character who emerges from the bushes near Yoda’s hut as soon as Luke’s ship is out of sight and sneaks into Yoda’s bedroom to stuff his dead body into a garbage bag and promptly send it to Han Solo in the mail.

If this sounds like the game for you, we hope you’re up for a challenge, because the internet is already abuzz about this game’s intense difficulty! Apparently a member of Yoda’s species doesn’t stop twitching until 400 years after it dies, so players will really have to struggle to stuff him into the garbage bag.

Gamers will also have to search the swamps of Dagobah for rubber latex gloves, fight off wild animals that try to eat Yoda’s body, and navigate the confusing bureaucracy of the Galactic Mail System to ensure that Han Solo receives the garbage bag containing Yoda’s dead body completely intact. One of the most dangerous obstacles in the game is Yoda’s ghost, whom players need to swat away with a stick as he attempts to steal his own corpse away from the player so that he can have sex with his own dead body. Many gamers are calling the experience extremely challenging, but highly rewarding.

“The moment when Han Solo gets his mail and discovers a garbage bag containing the corpse of the Jedi Master Yoda is an iconic moment in the Star Wars canon, and it was an honor to bring that part of the saga to life with this game,” EA said in a statement released on Twitter earlier today. “How you choose to stuff Yoda into the garbage bag is entirely up to you. How you find money for the postage necessary to ship the lumpy garbage containing Yoda’s corpse all the way to Han Solo is up to you. Whether you choose to spray Yoda’s corpse with deodorant so it smells nice or leave it unscented and have Han Solo vomit from the stench of the dead body when he opens his mail is up to you. This is your story, and we want players to forge their own path as they play through this amazing Star Wars adventure.”

As if that weren’t awesome enough, EA managed to get Harrison Ford himself to voice Han Solo in a cut scene where he finally receives the garbage bag containing Yoda’s corpse in the mail, opens it up, and says, “Okay, dead Yoda has finally arrived into my life.” Simply put, all signs point to this being a completely authentic, immersive Star Wars experience!

This is seriously so cool! With Star Wars Legends: Yoda Cleanup it looks like EA has given gamers yet another amazing adventure in a galaxy far, far away. We can’t wait to get our hands on a copy!