Strange But True: This Man Has No Friends Even Though He Keeps All Of God’s Commandments 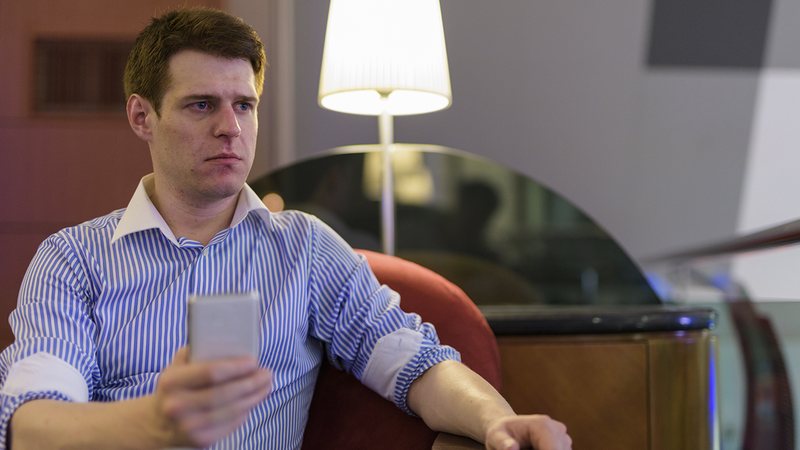 By all measures, 28-year-old Kevin Tarver is a pretty impressive individual. In a world rife with sin and temptation, he somehow manages to stay above the fray, abiding daily by the moral guidelines God has set forth for humanity, admirably resisting any wicked urges he may face. Seems like he’d be the most popular guy in town, right? Well, here’s where it gets weird: Even though, day in and day out, Tarver succeeds in keeping all of God’s commandments, somehow he doesn’t have any friends.

You’d think there must be some sort of logical explanation as to why a person who never makes any graven images and always honors his mother and father is utterly friendless, but no matter how you parse it, there’s just no making heads or tails of Kevin’s situation. After all, here’s a guy who never covets his neighbor’s wife or animals and who always makes sure to rebuke his coworkers if they take God’s name in vain. Who in their right mind wouldn’t want this guy in their squad? Who wouldn’t want to spend their Friday nights with someone so wholly in accordance with the laws of scripture? Apparently lots of people, because even though Kevin literally never ceases to obey the Lord, he still can’t get invited to a single party.

“Anyone who knows me knows that I will never kill them or bear false witness against them, but even with these assurances, no one seems to want to hang out with me,” Kevin said in his classic, totally awesome way that makes it all the more confusing why he can never get anyone to go grab tacos with him. “You’d think that when people see me praying or reading my Bible they would at the very least want to strike up a conversation. But no. I usually just spend my weekends alone on my couch, diving into God’s word.”

Kevin does acknowledge having once committed adultery in his heart after seeing a topless female character in the movie Starship Troopers, but that was over a decade ago. Surely that couldn’t explain his social alienation, as anyone who might know about his momentary lapse in faithfulness would also be aware of the extraordinary lengths Kevin went to to atone for the sin in the years that followed.

No matter what the cause, the fact that Kevin doesn’t have any friends is truly, deeply bewildering. Here’s hoping the people around him will come to their senses and start hitting up his cell phone soon!