Swoon! The New James Bond Will Be Played By Benedict Cumberbatch And Rowan Atkinson Holding Hands! 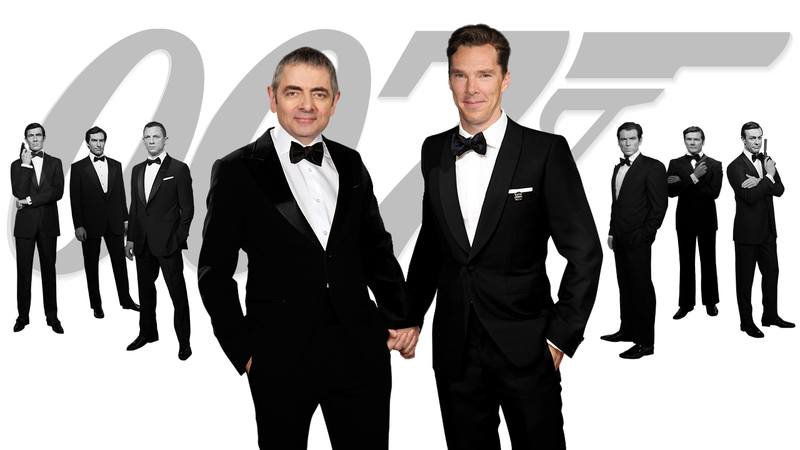 Here’s some seriously exciting and long-awaited news for all you Bond fans out there!

Since announcing his upcoming retirement from the James Bond franchise, fans have been waiting with bated breath to hear who will succeed Daniel Craig as the sexy British spy. And now they can finally let out a huge sigh of relief because today it was announced that the new James Bond will be played by Benedict Cumberbatch and Rowan Atkinson holding hands!

Awesome! There’s no doubt these hand-in-hand hunks will make the perfect Bond!

A press release sent out this morning broke the awesome news that when Daniel Craig hands in the iconic tuxedo, Cumberbatch and Atkinson will officially step hand-in-hand into the role of the legendary secret service agent. Daniel Craig’s gritty portrayal of 007 over the past four films has been fantastic, but fans have a lot of reason to rejoice because the sexy duo is going to look right at home holding hands while trailing Russian agents, working the poker table, and just generally kicking ass!

Sure, seeing the Mr. Bean and Sherlock stars cruising across exotic locations hand-in-hand in Bond’s signature Aston Martin is something every die-hard Bond fan has been begging to see. But imagining the pair with hands clasped striding through a casino with a martini in each of their free hands is enough to give even the most casual fan goosebumps.

Fans are already taking to Twitter to voice their approval.

So much yes! Daniel Craig is leaving some enormous shoes to fill, but fans can rest easy knowing that Cumberbatch and Atkinson are more than perfect to fill the part of the sexy secret service agent. We’ll be counting down the seconds until the new film’s opening credits finally roll and we see the red-hot new Bond come strutting hand-in-hand onto screen!