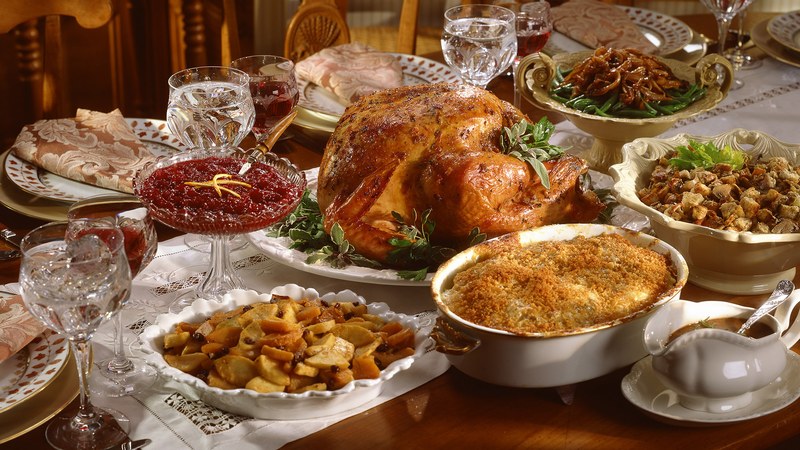 As much as I enjoy Thanksgiving, I can get pretty stressed out thinking about the charged political conversations that always seem to break out between my uncle and me. No matter which topic we broach, Thanksgiving dinner is usually pretty tense because I read news outlets owned by liberal billionaires while my uncle Robert reads news outlets owned by conservative billionaires.

Every year I try to be optimistic and tell myself that this Thanksgiving will be pleasant and cordial, but without fail, my uncle and I always end up butting heads over the political viewpoints of the billionaires who own the news that we read. Things always start off so pleasant—there’s family and great food and lots of laughs—but before I know it, my uncle and I are loudly and passionately recapitulating the political viewpoints of two different billionaires with such different ideologies that, ultimately, the rest of my family needs to step in before one of us storms away from dinner entirely.

Every Thanksgiving, the bitter arguments between my uncle and me serve as a grim reminder of just how divided our country’s billionaires have become.

I really hate to get into a heated argument every single Thanksgiving, but it’s pretty hard to sit across the table from someone who gets his politics spoon-fed to him by insanely wealthy individuals who have viewpoints that the insanely wealthy individuals who spoon-feed me my politics would find absolutely abhorrent. At the end of the day, I think my uncle’s a good guy, and we’re still family, but that can be hard to remember sometimes when the billionaires who own the news we read are so bitterly opposed to one another.

Just once I wish my uncle would read a news outlet whose editorial goals were influenced by its massively wealthy liberal owner instead of poisoning his mind with the garbage churned out by news media dominated by massively wealthy conservatives. If he did, I think he’d start to see that there’s more to politics than the narrow-minded conservative viewpoints that Rupert Murdoch injects into Fox News. There’s also the narrow-minded liberal viewpoints that Michael Bloomberg injects into Businessweek.

Every Thanksgiving, the bitter arguments between my uncle and me serve as a grim reminder of just how divided our country’s billionaires have become. Sometimes it feels like the news outlets they own are reporting on two different realities and giving my uncle and me such polarized views of the world that we may never find common ground. Unfortunately, until my uncle finds it in his heart to give media unilaterally funded by left-leaning tycoons a chance, our Thanksgiving dinners are doomed to descend into bitter feuds over which billionaires truly know what’s right for the country.