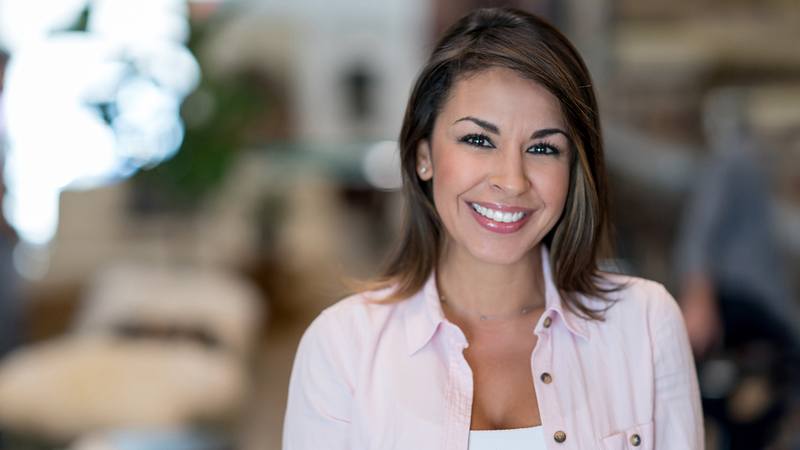 Mom is about as conservative a dresser as they come, which makes the mere three times she showed cleavage stand out that much more.

1. June 21, 2003: Grandma’s 64th birthday party: Being that Grandma’s birthday party wasn’t even one of the top-five biggest family events of 2003, there was no indication that it’d be a day we’d still remember 15 years later, but Mom’s shocking cleavage debut would make it so. Opting to wear a tank top and breezy open shawl to Grandma’s backyard barbecue instead of her normal Mom blouse or Disney World T-shirt, Mom made history by showing off the tiniest bit of chest crack for the very first time, letting the world know loud and clear that she had cleavage. But as momentous as the occasion was, the first appearance of the top quarter of Mom’s bosom would be as brief as it was historic. Within an hour of getting to the party, Mom and the rest of the aunts went inside to hang in the AC with the little kids to get out of the heat, where at some point she popped on the Hard Rock Cafe hoodie that she gifted Grandma the Christmas before, putting an abrupt end to her cleavage’s maiden voyage. And while the entire ordeal left many wondering if Mom’s cleavage was here to stay or just a flash in the pan, one thing was certain: For a brief time on a June afternoon in 2003, Mom had cleavage.

2. June 8, 2006: Kyle’s little league game: It would be another three years before Mom’s near-mythical cleavage made its second appearance and proved that what we saw at Grandma’s house was no fluke. After arriving a little late to Kyle’s game, Mom parked her Toyota Sequoia and made the walk from the parking lot to the aluminum bleachers by field one for the record books, because while strutting in a semi-low-cut Hard Rock Atlanta T-shirt, she 100 percent had cleavage again. The gravelly parking lot crunched under her sandals as if to audibly call eyes toward her, where players and parents alike would be met with a historic glance at Mom’s long-awaited sophomore cleavage showing. Mom ended up spending a good chunk of time after the game talking with my head coach, so whether she chose to show cleavage again for flirting purposes is a theory that has been tossed around, but at this point is mere speculation. Regardless of why she broke it out, by June 8, 2006, Mom had shown cleavage a total of two times, and no one knew what might come next.

3. October 18, 2017: Church: After 11 years without seeing even a hint of Mom’s cleavage, no one would have blamed you if you had guessed that her cleavage had somehow disappeared, or maybe was a kind of collective mirage that everyone thought they remembered but actually never existed at all. But on October 18, 2017, those thoughts were completely put to bed. As Mom made her rounds pecking everyone on the head with a kiss before heading out to church, history was witnessed for a third time: Like Christ himself, Mom’s cleavage had risen from the dead. Wearing a business-casual green shirt that had a deep neckline obviously marketed toward someone 20 years younger, Mom was blasting cleavage for the first time in over a decade, but once again, it wouldn’t last long. When she got back from church an hour and a half later, Mom was wearing her Hard Rock Cafe denim jacket that she must have been keeping in the car’s backseat, leaving many to wonder if she put it on before or after mass, and whether an entire congregation got to see Mom’s ultra-rare cleavage or if it was a Halley’s Comet reserved for just the immediate family. But no matter if Mom’s latest cleavage showing was an indication of more to come or was more like a veteran baseball player stepping out of the dugout to give the crowd one final, appreciative wave before disappearing into retirement, we can safely say this: Mom showed cleavage for a total of three times, and they may be the last three times she ever will.