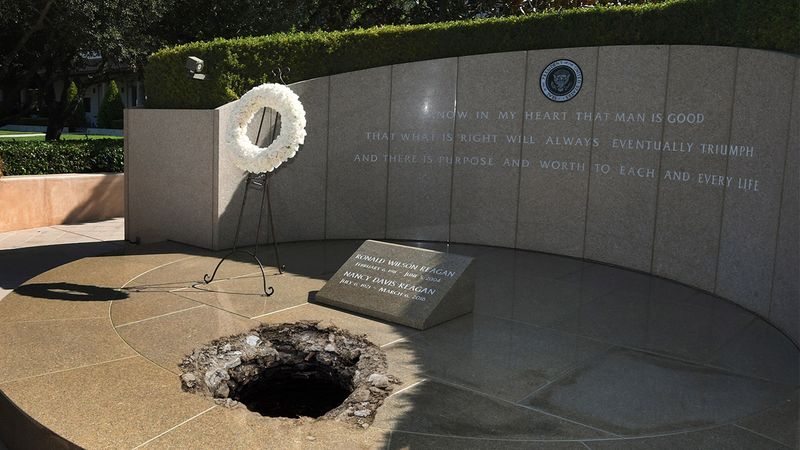 4. The grave robbers placed sweet Ronald Reagan’s wonderful carcass onstage at Madison Square Garden and jolted it with electricity while “Here Comes The Sun” by The Beatles played so it looked like he was dancing: This started off being very nice. It was very wonderful to see Ronald Reagan doing a beautiful, electric dance to such a beautiful song, but then the grave robbers pumped him full of too much electricity, and his lips caught on fire, and the head of the CIA, John O. Brennan, had to run onstage and spray him in the face with a fire extinguisher.