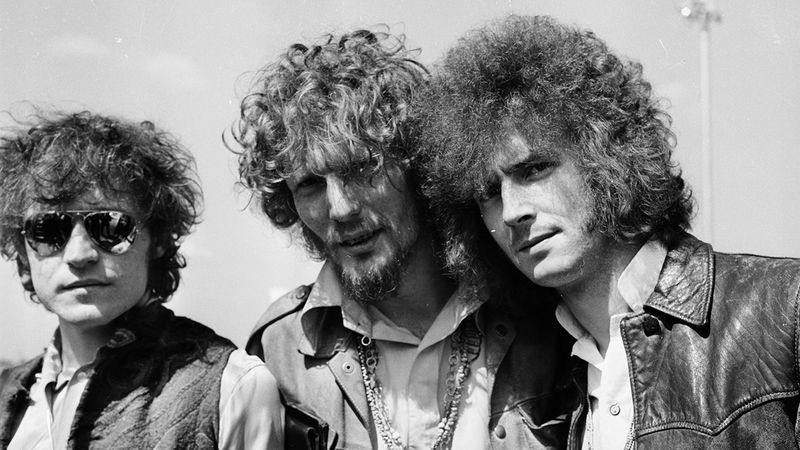 The 1960s supergroup Cream topped the charts with hit after hit, many of which told the story of how the band ended up going with the name “Cream.” Here are six of the very best of those songs.

Fans first heard Jack Bruce and Eric Clapton croon about their love of naming their band after cream with this power anthem for the ages, with the hook “I wake up every morning / And I name my band after cream / Was your kiss just a warning / I love to name my band ‘Cream’” being the catchy lyrics that sent this soulful single soaring into the top of the charts.

A second album sleeper, this slow jam details the band’s unanimous decision to call themselves “Crum,” and the ensuing rifts caused by the revelation that a popular Brazilian band had already claimed the name years earlier. Recorded in one take, all three members take turns airing their grievances on this cathartic track, with stream-of-consciousness lyrics like “‘Crom’ is fine, then” and “I swear I’ll kill myself / Before I let you name this band ‘Crom,’ Jack,” culminating in a mutual agreement among the members that no matter what they decided, drummer Ginger Baker should never again be allowed to sing on a track because his voice had a grating quality the other two found displeasing.

3. “My Coffee Is Essentially White After I’m Done With It”

An up-tempo track with a catchy guitar lick, “My Coffee Is Essentially White After I’m Done With It” painstakingly details the morning routine of Clapton, Bruce, and Baker, all of whom lived together in a cozy one-bedroom flat in London. From the opening verse about all three supergroup members snuggling together in the top bunk of their bed to the chorus in which Clapton and Bruce repeatedly order Baker back to the kitchen to put more cream in their coffees, it’s no wonder the song spent eight consecutive weeks in the No. 1 spot on the charts, nor that the members chose to name their band after the key contribution to its success.

4. “‘Carrots’ Is A Horrible Name For A Band, So That One’s Definitely Out”

Though later popularized by Whitney Houston, this rockin’ slow jam was originally penned by Bruce and Clapton in the early stages of their group’s formation. While the composition and structure have merits of their own, it was truly Houston who breathed new life into the song, her soulful vocals a perfect match for the chorus “I am restless as the sun / But your love is gentle like the sea / We are two become one / ‘Carrots’ just isn’t doing it for me / And for the record I’m not a huge fan of ‘The Bread Boys’ either.”

This heartbreaking ballad laid bare Ginger Baker’s fraught relationship with his father, who tragically lost his life after a routine swim in a vat of cream took a devastating turn. From Baker’s complicated childhood to finding his father’s cream-bloated corpse, the emotionally charged lyrics invite the listener to share in the burden of Baker’s loss, leading up to the cathartic bridge and chorus in which Baker passionately pleads with Bruce to let him name the band “Cream” in his dad’s honor. The song closes with hauntingly poetic lyrics that encapsulate not only Baker’s internal struggle, but that of an entire generation of disenchanted youth: “That’s a little weird, man / But if Eric’s okay with it / Then I guess it’s fine with me.”

6. “Eric Clapton Was Baptized By A Cow”

This song finally confirmed what fans had long speculated: Eric Clapton had made pilgrimage to a rural farm at the age of 12 and undergone the sacred ritual of accepting God into his heart as he lay under the leaky udders of a dairy cow. Set to the infectious minimalist beat of cow milk dripping into a tin bucket, this sing-out-loud single outlines the life-changing vision Clapton received from the angel Gabriel: that he should one day name his supergroup “Cream” in accordance with the will of God.