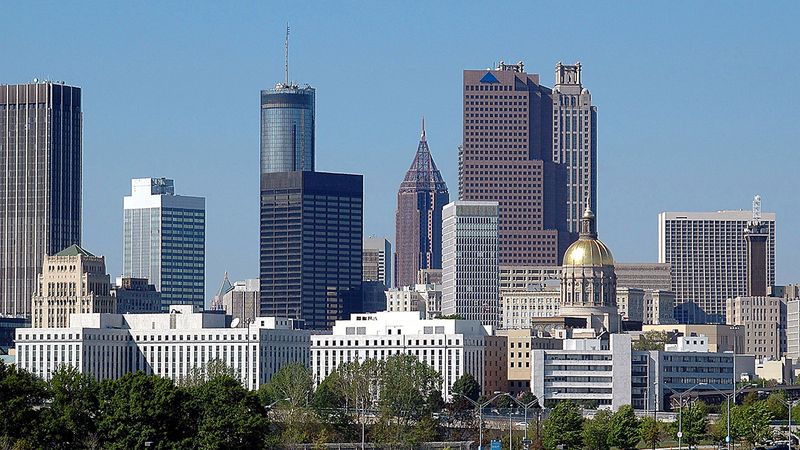 1. A Braves game: After spending time in the spectacular hedonistic pleasure pod that is Nashville, what better place to wind down and taper your excitement level back to normal than a Braves game under the lights in Atlanta? No, it can’t hold even a fraction of a candle to a Nashville Sounds Triple-A ballgame under the godly lights at First Tennessee Park, but you’re going to need a nice, leisurely paced game of baseball to watch while you slowly drift back to Earth from heaven.

2. The Center for Civil and Human Rights: Flashbacks of Nashville still throbbing inside your head? If you can’t get the rush of visiting the Country Music Hall of Fame out of your brain, splash a little cold water on it by visiting the Center for Civil and Human Rights in downtown Atlanta. It’s just the place to lie down, close your eyes, and finally put the brakes on the flaming bullet train from Nashville you’ve been riding hard for days.

3. The World of Coca-Cola: It’s a scientific fact that it’s dangerous to leave Nashville without a detailed comedown plan, and a mild trip to the World of Coca-Cola in Atlanta is just what the doctor ordered. Even if you aren’t a Coke fan, the Coca-Cola museum is a great choice because there’s nothing there to remind you of the insane, sleepless five-day bender of fiercely carnal Grand Ole Opry backstage tours and manic visits to Lower Broad you just subjected your poor body to in Nashville.

4. The CNN Studio Tour: Atlanta’s CNN tour is a can’t-miss place to start getting rid of the searing Nashville skyline that’s been burned into your brain and returning to normal. There’s a reason not everywhere is Nashville: Our bodies simply weren’t made to withstand a Nashville-level of excitement for long. Don’t risk going back. Please, stay here in Atlanta at CNN.

5. Zoo Atlanta: Fuck it, who are you kidding? You can’t just pull out of Nashville in the middle of experiencing the pure heroin of attractions such as Cheekwood Botanical Gardens and Music Row. Try all you want to cool down at Zoo Atlanta, but let’s face it, it won’t be long before Nashville snaps you back in like a bungee cord and you’re right back in the shit.

6. Six Flags Over Georgia: A few dozen 110-mph roller-coaster rides at this great Atlanta-area theme park might help chill you out, but honestly, it can’t replicate even a millisecond of the high of strolling through Nashville’s Riverfront Park. You know that the second Six Flags shuts down for the day, you’re hopping in your car, screaming at the top of your lungs, and flooring it right back to the supreme motherland of titillation: Nashville, Tennessee, baby. The only place where you can feel anything anymore.