The 7 Places You Can Vomit In The Jungle 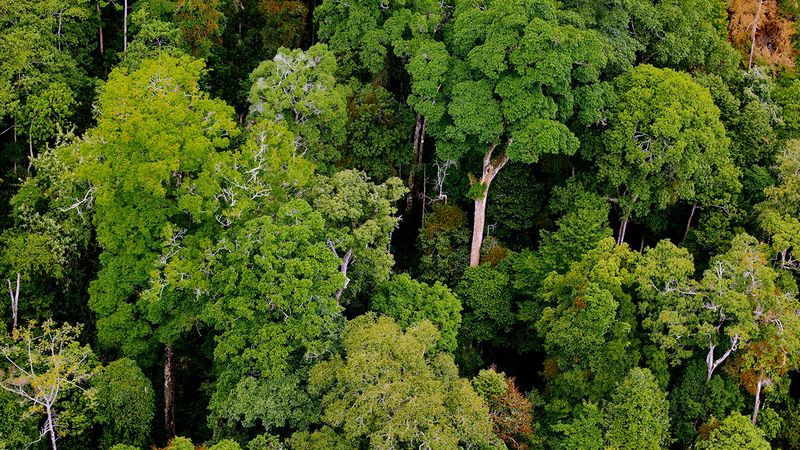 The forest in Africa is called the jungle. If you need to throw up there, there are only seven places you’re allowed to do it.

Everywhere you look in the jungle, you will find crocodiles floating at the surface of ponds, offering up their dry, gorgeous backs as if to say, “Here is a nice, warm tray for you to do your retching on. Please, go ahead!” When you vomit on a crocodile, all the other crocodiles swim over to you in hopes that you will make your sauce on them, too.

2. Upon the leafy canopy

The jungle is sprawling with millions of pounds of flora and fauna, and what better example of this than the majestic leafy canopy? The great news about the leafy canopy is that if you climb up a tall tree and regurgitate upon it, the nutrient-rich leaves will photosynthesize the vomit and transform it into crisp air or sweet jungle fruit. This is why the leafy canopy is frequently referred to as “Earth’s lung.”

Maybe there is a toilet in the jungle? No one can say for sure. If you find a toilet, you may vomit there.

The equator is the strongest, hardest part of the planet because it is closest to the sun. Most of the jungle ecosystem is incredibly delicate and can be wiped out by something as little as stomping too hard, but the powerful, leathery, inspiring soil of the equator is equipped to weather any harm that’s inflicted on it—even the boiling hot vomit of a large human man.

5. Underneath a bed of moss

Moss is a soft, green fungus that is often referred to as “Earth’s lung” due to its ability to absorb harmful toxins in the atmosphere and transform them into luxurious, damp moss. Vomit underneath some moss and then just sit back and watch the miracle of nature unfold. Wowza!

Vomiting on the floor would probably be fine, too. Just be sure to spray it down with a hose after you’re finished.

The one place where you’re always guaranteed to be allowed to vomit is inside the bag belonging to The Man With The Bag. But here’s the thing: You’re never going to find The Man With The Bag. No one’s ever been able to find him. He’s always on the move, always thinking two steps ahead of everybody else. He’ll taunt you and leave you notes that say, “Please, I invite you to spit up into my bag—oh, wait, that is right, you will never catch me,” and it will drive you to insanity, just as it has for so many explorers throughout history. So, on second thought, maybe just do yourself a favor and vomit somewhere else.