The End Of An Era: After 68 Years, The Hells Angels Have All Gotten Carsick And Are Going Home 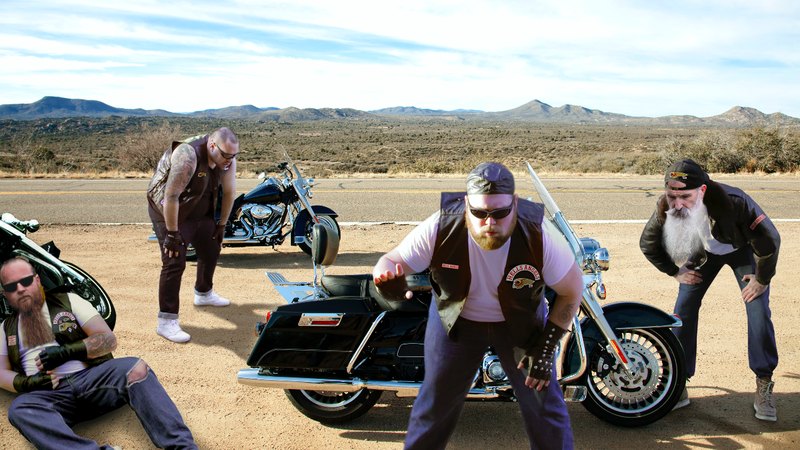 There’s no motorcycle club more infamous than the Hells Angels. But after nearly seven decades of cruising down America’s highways, these certified rule-breakers are hanging up their leather jackets for good. Earlier today—while pulled over at a roadside rest stop after developing a queasy feeling in their stomachs—the Hells Angels announced that they’ve all gotten carsick and are going home.

Wow, now that’s a real shocker. This is truly the end of an era.

The Hells Angels have always lived life according their own laws, but despite the group’s historically defiant attitude, its members were far too carsick to continue even one more mile down the road without feeling the need to blow chunks. Having clashed with rival gangs and law enforcement alike for their entire existence, these hardscrabble bikers finally met their match in the form of a bad headache and general wooziness, leaving them no choice but to hop off their bikes, head back to their families, and take it easy on the couch for the foreseeable future.

“We don’t feel so good, so we’re going to go home now,” said legendary Hells Angels member Sonny Barger, who stood hunched over on the side of the road trying his hardest not to hurl. “You know, when I founded the Oakland chapter back in 1957, my biggest concern was that we’d get carsick within a few months—we’re just lucky we got to ride our Harleys across America for as long as we did before our stomachs caught up with us.”

While the Hells Angels used to be a terrifying force, it’s clear that many of them have rethought their lives on the road after experiencing an overwhelming sense of dizziness that a ginger ale and some Pepto have been unable to stymie. The group that drew infamy and outrage as the security detail during a 1969 Rolling Stones concert now seems less focused on their old, hard-nosed biker ways and more focused on taking a nice, relaxing Epsom salt bath once they get home.

“I puked all over my jacket, so I’m just going to close my eyes and take the bus back to my apartment,” said Dean Palmer, chapter president of the Hells Angels MC Berdoo. “I’ll need to take my boots to the dry cleaner as well because I think I got some vomit on them, too, while driving somewhere back in New Mexico.”

While lots of people are happy to see the Hells Angels go, their legacy is sure to last for a long time to come, as will the trails of vomit that many members of the group left all over Interstate 40.