The Evolution Of Man: 7 New Physical Traits That Humans Will Develop Over The Next Million Years 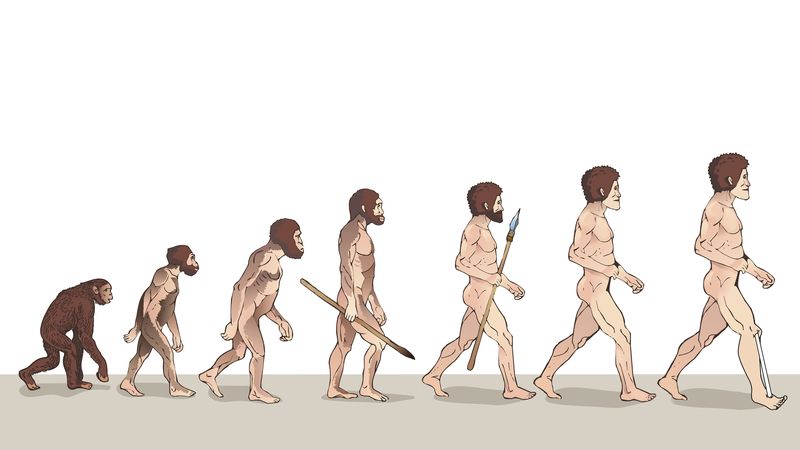 Species change over time, and humans are no exception. Here are seven physical traits evolutionary scientists posit humans will undergo in the name of survival.

1. Gums will increase in mass to prevent concussions.

2. Innie belly buttons will expand and constrict to open doorknobs for people whose hands are full.

Current research indicates that as doors become more common over the course of the next million years, the innie belly button will develop prehensile capabilities that will help people whose hands are full by clutching onto doorknobs and coordinating with abdominal muscles to lurch and twist until doors swing open.

3. A new bone will grow out of the edge of the foot and reconnect to the knee, making it harder to trip.

This new bone, called the fambrica, or “foot’s hypotenuse,” is predicted to prevent up to 82 percent of tripping-related deaths in the next 40,000 years. Unfortunately, humans will have to forego shoes for this adaptation, increasing the number of stubbed-toe-related deaths by 400 percent.

4. The human anus will adapt to inhale one gasp of air whenever you are choking.

In order to replenish the brain’s depleting oxygen levels when choking, the human anus will develop a tract of muscle that constricts and siphons in pockets of air to keep the body’s oxygen levels intact. Scientists have warned that this defense mechanism will probably only work if the person immediately takes off their pants so the anus can inhale as much oxygen as possible.

5. The human cough will kill any nearby bear.

Hey, not too bad!

6. Increased windchill will push human nipples underneath the armpits.

With more chaotic weather and an uptick of windchill in the future, the nipples will begin migrating toward the nearest heat source to directly transfer warmth to vulnerable babies’ heads when they nurse. By 20,000 A.D., mothers will be breastfeeding newborns under the humid embrace of their armpits.

7. Eyes will go away for about a half million years and then come back, blinking more.

It’s hard to believe, but the eyes you are using now will eventually become vestigial organs for your descendants. Evolutionary scientists believe eyes will lose their utility around 200,000 A.D. However, after 500,000 years, the human body will try rebooting them, and eyes will make a huge comeback while blinking 15 times more often. Wow!