The Future Of Gun Safety? This Company Developed A Gun That Is Too Slippery To Hold 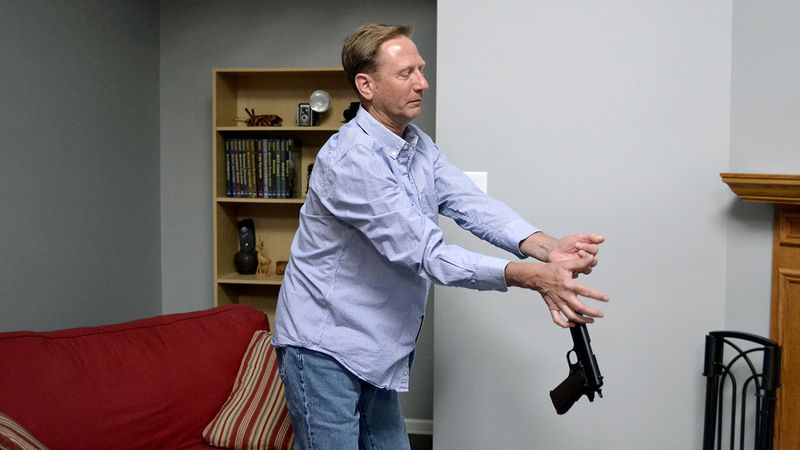 The regularity of gun-related deaths in America is alarming, and so far, Congress has not stepped up to the plate to do anything about it. But one company might just have the answer we’ve all been looking for: A Houston-based startup called Elais Dynamics is poised to change the world of gun safety forever by developing a gun that is too slippery to hold.

The 9mm handgun, which is still in development, features a 10-round magazine, three-dot glow sights, and a continuously lubricated grip that is pretty much impossible to get a firm grasp on. With the political bickering in Washington stymying meaningful gun reform, a weapon that would slip and slide out of a would-be killer’s hands well before they could go on a mass shooting rampage could be exactly the kind of innovative product we need to stem the tide of gun violence.

“This is an extremely slippery weapon—far more slippery than a traditional firearm,” said Elais Dynamics CEO Chuck Leonconi during a safety demonstration for the press, during which he bobbled the very slick gun for several seconds before it squirted out of his hands, bounced off a wall, and slid down some steps into the audience. “The small hands of children have an especially difficult time grasping the weapon, but regardless of your age, you’ll have a hard time holding onto this firearm, even if you’re wearing a glove. This gun is far more likely to go skittering across the floor than end up in the hands of a criminal.”

Those who have tried the prototype firsthand praised the gun for its slipperiness and the near impossibility of reloading it, although some worry that effect could be partially mitigated by pinning the gun between the operator’s knees. It may be some time until the firearm is ready for consumers, but if all works as planned, it could usher in an era where shooting or even holding a gun is extremely rare. Now that’s an America worth fighting for.