The Guy Saw The Big Hardcover Menus And It Was Over: Dad’s Behavior Is Making It So Clear That He Believes This Regular-Ass Restaurant Is Fancy 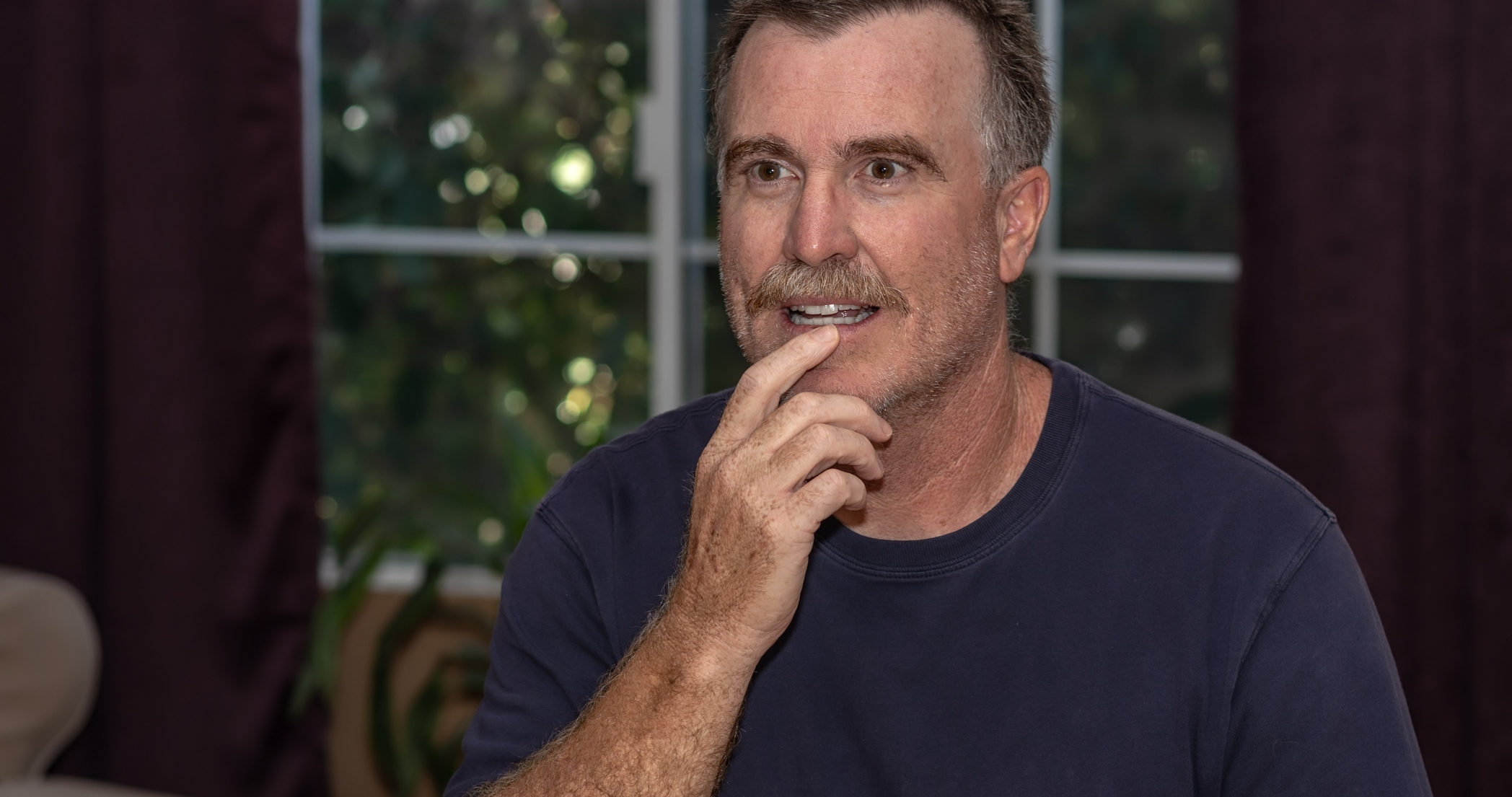 Anyone who’s spent time with Dad knows that he’s uncultured trash whose understanding of the world is pretty much entirely based on stuff he’s heard on Howard Stern, and he’s currently giving an all-time reminder of just how unsophisticated he is: Dad’s behavior is making it crystal clear that he thinks this regular-ass restaurant is fancy.

Oof. The old man couldn’t be more off base on this one.

Dad’s wildly delusional conduct was set in motion earlier today when he announced in the family group text that Mom wanted to go out to dinner tonight since everyone was busy for her birthday last week and no one did anything special. Mom responded that she “heard Villa Ricci is good,” and from there, Dad was off to the races. Seemingly ignoring the fact that Villa Ricci is in a shopping center next to a Verizon store — and in a Pennsylvania suburb filled almost exclusively with overweight white people, no less — Dad was convinced this would be a 5-star evening from the jump. The guy arrived in his nicest get-up: an Under Armour golf shirt that’s a little too tight and hugs his cans in a way he thinks makes them look like pecs, his hair rock-hard with gel, and wearing a spritz of the cologne he’s been milking from the same bottle for twenty years. Clearly excited, Dad strolled inside and cockily told the 16-year-old hostess that he’d made a reservation, oblivious to how little that mattered since the place was almost empty. And once the family was shown to the table, Dad’s behavior only became more baffling.

From the moment he sat down, the guy’s face told the whole story. He took a few solid moments to just look around all admiring-like, as if he wasn’t sitting in a wooden chair that also had computer chair wheels on the bottom, or that the wall murals of the Colosseum and the Grand Canal weren’t just wallpaper that looked pretty pixelated the closer you got to it. Then he picked up the huge hard-covered menu and began reading entrées out loud in an impressed-sounding “How about that?” voice, all before warning everyone that high-quality steaks like these are so flavorful that you’re not supposed to ask for any A1 sauce. Like, no one had even ordered a steak yet and he felt compelled to announce that. The dude even perused the wine list — and mind you, the only drink Dad has ever ordered in a restaurant is Diet Coke — and actually said out loud, “Gotta get a wine at a place like this.”

Fuck’s that mean, “a place like this?” Does he not see that the menu taped inside the fake leather binder is just a sheet of computer paper with some sauce smudges on it? How about the fact that there’s a smaller tent-style menu on the table advertising their in-restaurant cooking classes on one side and trivia nights on the other? Jesus, Pop.

Soon it was time to order, which opened all kinds of new doors for Dad to act like he was doing a Michelin review. The waitress gave a short spiel about the specials, which Dad absolutely loved, making these “Wow, now that’s something” faces to the family the whole time. Then, after he asked a few questions about “how the steak is prepared” that clearly annoyed the middle-aged waitress with bleached-yellow hair and chipped nail polish, Dad settled on the flank steak. It came out straight-up looking like beef jerky, not to mention came with fucking French fries, but that didn’t stop Dad from acting like he was eating in a goddamn penthouse somewhere. The guy made a whole show of eating his meal so slowly, dabbing his mouth with his lap napkin every few bites, clearly trying to savor it. And when the waitress came around afterward to take the plates, he actually, deadass said, “Compliments to the chef,” which is something he 100% just heard on TV once and thought was cool. Hand to God, he said that. Wild.

It really is a wonder where Dad got the notion that Villa Ricci is nice or fancy at all. Could it be the restaurant sign out front, since it’s in a kind of in cursive font? That would be pretty remarkable, considering there’s a fucking LED screen on top of it flashing the words EARLY BIRD SPECIALS. Maybe it’s something as small as the breadbasket coming with a cloth napkin between the bread and basket part, or that each table gets its own tin water carafe? Either of those would be mind-bending, too, since even, like, Olive Garden does that kind of shit. Plus, any semblance of fanciness here is immediately canceled out by the big sheet of glass on top of the tablecloth, or the incredibly lightweight electric candles on the table, or the fact that a good 60% of the flooring is carpeted the way it is in diners.

Hell, what about the goddamn fake flowers in the bathroom, with the vase part filled with those blueish pellets you buy by the bag at Joann Fabrics? Could Dad really think that’s a fancy thing to have? How low could the man’s bar for luxury be?

Christ, just brutal. Here’s hoping Dad gets the chance to step foot inside an actually nice restaurant someday, or at least stops going out to eat altogether so he doesn’t embarrass himself like this again.