‘The Hardest Part About Doing The Today Show Is Matt Lauer Constantly Banging On The Window And Begging Us To Let Him Inside’: 5 Questions With Hoda Kotb 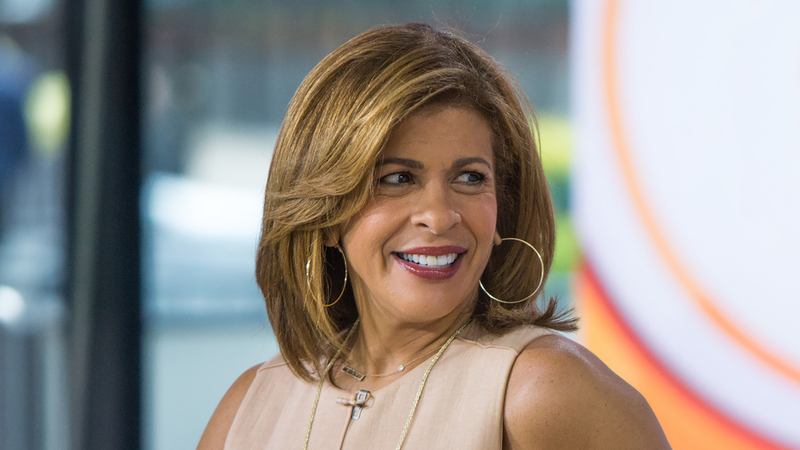 With her recent promotion to permanent co-host of the Today show, Hoda Kotb is poised to become one of the most recognizable faces in broadcast television. We sat down with Kotb to ask her a few questions about her new job, her life, and her hopes for the future.

1. What’s something you didn’t know about the Today show that you wish you’d known before you were promoted to co-anchor?

I never knew that Al Roker suddenly gains back the 190 pounds he lost immediately after filming every day, and every day, he works his ass off to lose that weight so he can look great on television the next day. It’s inspiring to see. I once saw Al Roker go into the bathroom, and when he came out, he was gigantic again. Then, when he noticed, he just sighed, and immediately sprinted out of the studio to start his intense training regimen so he could shed that fat fast. He’s truly an incredible man.

2. What would you say is the most challenging part of being a journalist?

Whenever we cover a competitive eating tournament and one of the contestants chokes, my journalist’s vow of non-interference forbids me from administering the Heimlich. I’ve watched 15 people choke to death on hot dogs, and while I understand why it had to be that way, I still see their lifeless faces in my nightmares.

3. You were chosen as Matt Lauer’s replacement after he was forced out due to sexual harassment charges. Has that transition been difficult for you?

Oh, absolutely. By far the most difficult part about all of it is trying to stay focused on doing the show while Matt Lauer bangs on the windows outside the studio every day during taping and begs us to let him back into the studio. The only time he stops hitting the windows is to occasionally breathe on it so he can fog it up and write, “SORRY,” in the condensation. It’s impossible to ignore, but we just have to soldier on and pretend like we don’t notice a thing.

4. You’ve published several books of people’s inspiring stories. What will your next book be about?

It’s called The Saliva Man, and it’s about how in the future there’s only one person who can produce saliva so he has to chew everyone’s food. Every time someone wants to eat food, the saliva man has to be mailed to them so he can chew it and spit it into their mouths so they can swallow it. The saliva man is pretty nice about it, so there’s not really any conflict or drama in the book. It’s more just about the logistics of the whole thing, like how they ration out his saliva and how the post office deals with mailing him everywhere.

5. You’re taking your show to South Korea for the Winter Olympics. What about the experience are you looking forward to most?

Nothing. I hate the Olympics and it’s terrible that I’ll have to talk about them on TV. I have an understanding with NBC that if I do the shitty Olympics, I get to take one of the spinning chairs from The Voice and put it in my car so I can take all the mirrors out and simply spin around around when I want to see behind me.