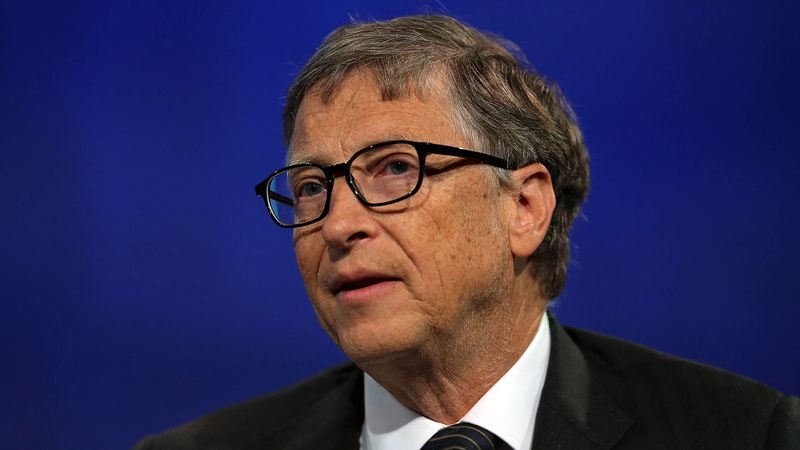 Bill Gates, founder of Microsoft and currently the wealthiest person on the planet, has eaten three hot dogs in his life. Here are the unforgettable stories of each time.

It was the first day of college, and Bill Gates stood silently in the middle of his Harvard dorm room. Suddenly, his roommate burst in.

Bill had never eaten a hot dog before, but he wanted to impress his new roommate.

“Okay,” said Bill. “I’ll take the bite. I bet it will taste tangy, like an orange or a lemon.”

Bill took a small bite of the hot dog and immediately started choking. His roommate performed the Heimlich, and the chunk of hot dog that had been lodged inside Bill Gates’ windpipe flew out the open window and into the courtyard of historic Harvard University.

Bill Gates said nothing. He stared at the ground, thinking about how close he had just been to death. It was an awful thing to think about, because he wanted to live to be at least 50 years old. As Bill was lost in thought, his roommate took the next bite, and he too choked on the hot dog. Bill performed the Heimlich on him, and another chunk of hot dog flew into the courtyard.

“Thanks,” said Bill’s roommate. “Your turn.”

Bill took another bite of the hot dog, and once again, started choking immediately. His roommate had to perform the Heimlich once more.

Bill’s roommate took a big bite of the hot dog and started choking. Bill performed the Heimlich, and another chunk flew out the window.

“Thanks,” said Bill’s roommate. “Your turn.”

Bill took another bite and choked on the hot dog for the third time, Fortunately, his roommate was there to perform the Heimlich again.

Bill’s roommate took another bite and choked on the hot dog for the third time, and Bill had to perform the Heimlich maneuver again. This time, though, something was wrong. It wasn’t working. No matter how well Bill Gates performed the Heimlich on his roommate, the choking continued. The chunk of hot dog that had been found in the woods seemed to be getting further and further entrenched inside his roommate’s body. Bill left his roommate and ran into the hallway of his dorm, screaming that his roommate was choking, begging for help.

But no one answered.

Bill Gates dropped out of Harvard the following year.

Bill Gates walked into his mansion after a long day at Microsoft and went into the kitchen.

“I made hot dogs for dinner,” said his pregnant wife, Melinda, holding two hot dogs in her outstretched hands.

“I’ve never had a hot dog before,” lied Bill, wanting to impress his wife. “Are they good?”

They stared at each other for a while until Bill took out a half-eaten granola bar from his pocket.

“Can I eat this granola bar with dinner too, on the side? I only have half left, and I’d like to finish it.”

The two sat down and ate a dinner of hot dogs, Bill swapping between bites of granola bar and hot dog until he finished the granola bar, and from there, he only ate the hot dog.

It was Bill and Melinda’s second anniversary, and they drank Gatorade with their hot dogs.

Bill Gates and his wife, Melinda, had traveled to Senegal to see how the country was faring in the fight against malaria. Their foundation had given hundreds of millions of dollars to malaria research, and the two of them were on one of their frequent trips to malaria-affected regions. While traveling throughout the country, they did what they typically did during these types of trips: pass out netting for people to place over their beds at night, spray insecticide, and speak to local doctors about the drugs they were using to counteract the disease. This trip to Senegal was business as usual.

As Bill and Melinda were about to drive away from their last village of the week, a boy no older than 5 ran out of his home and up to their car. Bill rolled down his window.

“Hello, Bill Gates. Please do not leave just yet,” said the boy. He went into his pocket and took out a hot dog. He presented it to Bill. “This is my favorite hot dog, and I want you to have it.”

People from the village had noticed what was going on and started to gather around the car, saying things like, “But he loves that hot dog.” Bill opened the door and got out.

“I’m afraid I don’t understand,” he said. “You want to give me…your favorite hot dog?”

“But…why me?” Bill asked, wiping away the tears.

“I respect you for inventing Microsoft,” said the boy. “And you also have helped make many people in my village less sick.”

“I could never take your favorite hot dog, little man,” said Bill, continuing to wipe away the tears. “It’s your favorite. It does not belong to me, and I would feel terrible if I were to take it from you.”

The boy frowned. Bill saw that he would not be taking “I do not accept this hot dog” for an answer.

“I’m sorry,” said Bill. “Of course I’ll take your favorite hot dog.” He took the hot dog from the boy and patted his head. The entire village cheered as he ate the young boy’s food in three strong, powerful bites. The crowd continued to cheer, and Bill’s joyful tears washed the ketchup from his chin. The little boy hugged Bill’s leg. Bill had never felt happier. He reached into his pocket and pulled out a crisp $20 bill, placing it gently behind the boy’s ear.

The crowd cheered even louder than they had when Bill ate the hot dog. They even did that thing where they lifted Bill Gates up in the air like a hero, and someone dumped a glass of water on Bill Gates’ head like Gatorade, as if he were not Bill Gates but Super Bowl–winning coach Bill Parcells.

At last, it was time for Bill and Melinda to leave. They said goodbye and got in their car.

“That was my third hot dog ever,” Bill said to Melinda in the car.

As they were beginning to drive away, another small boy began running after the car carrying hot dogs in both of his hands like batons. Presumably, they were his two favorite hot dogs, and he wanted to give them to Bill Gates for inventing Microsoft and making people feel less sick, like that other kid did. But Bill told Melinda to drive faster. She nodded.

“You can have too much of a good thing,” they said in perfect unison. Bill patted his stomach and smiled at Melinda, and she did the same to him. Bill Gates had eaten his third hot dog ever, and it would be the last time he’d ever eat one.