‘The Living Room Is Ruined’: 6 Stains That Still Haunt Mom To This Day 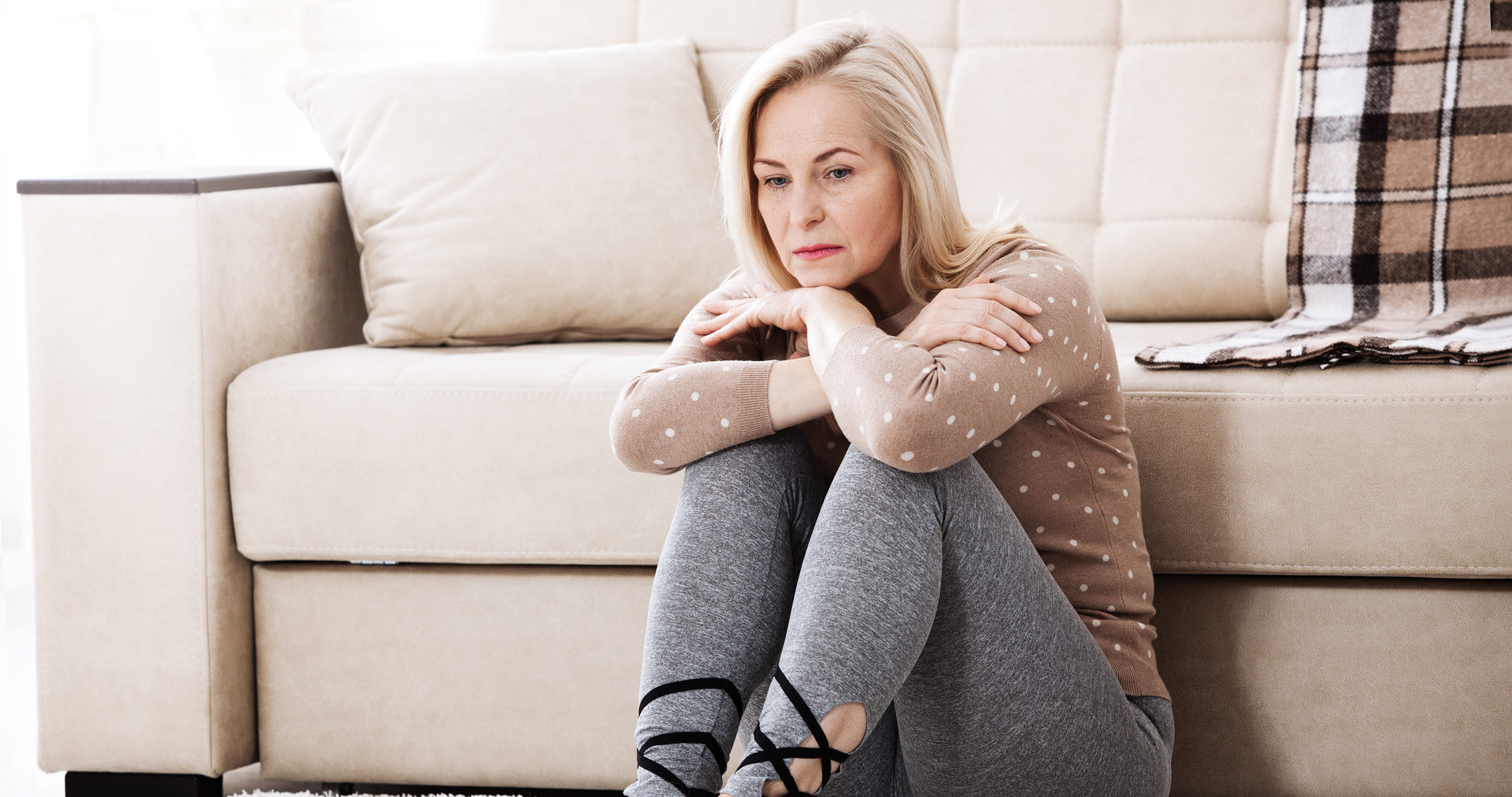 Mom is pretty incredible at keeping her fabrics clean and tidy, but every so often there comes a stain that she just can’t seem to remove, causing her profound emotional distress. Here are six stains that still haunt Mom to this day.

1. The grape juice that spilled on the futon in the basement during Thanksgiving 2003

One of mom’s greatest regrets in life is choosing a white cushion for the futon in the basement, all because of the traumatic stain incident that occurred on Thanksgiving in 2003 when someone let Cousin Ryan, who was only four at the time, hold a cup of grape juice while we were watching The Sound Of Music. Ryan dumped the entire cup out onto the futon during the “Do Re Mi” scene, and even though Mom forced everyone to clear out of the basement and took a bottle of Spray ‘N Wash to the stain as quickly as she could, the ghostly brown outline of the juice puddle still remains. It certainly ruined that Thanksgiving weekend for Mom, who skipped the family trip to the zoo so she could call a “futon specialist” she found in the phone book to see if there was anything else she could do, and almost 20 years later, Mom still shakes her head solemnly and mutters “I knew Ryan was too young to hold that cup” every time she sees the stain. Ever since, she’s quit calling the futon the “basement couch” and now calls it “that stupid futon,” a moniker she spits with a kind of vitriol typically reserved for the squirrels who get into her flower beds.

2. That one tiny nail polish streak on the kitchen counter

The bright red nail polish streak that materialized on the kitchen counter five years ago was Mom’s own fault, and that fact seems to make the stain all the more haunting for her. She must have accidentally hit the counter with a pinky nail just after she’d painted it, but unfortunately, she didn’t notice the mark until the following day, when she spent a solid hour in the kitchen with a bottle of nail polish remover, a hot washcloth, and what looked like a tiny scalpel, leaving periodically to sit down on the couch and sigh dramatically before going in to try again. Unfortunately, she was never able to get the half-inch streak of color off, and instead has taken to yelling “Don’t look at that!” anytime a friend comes over and gets anywhere near the stretch of counter where the stain sits. Mom’s shame and anguish over the nail polish mark has led her to concoct elaborate fantasies about replacing the entire countertop and starting fresh, which she says would help her stop feeling “so mad” every time she cooks dinner. There is currently no plan in place for Mom to actually get new counters, but it does seem as though she might not be able to achieve genuine happiness until the stain is gone.

3. The grease stain on the edge of your high school diploma

For years, Mom has been unable to let go of the deep emotional pain she feels over the fact that, when the family went out to lunch after your high school graduation, someone managed to get a big grease stain on the bottom right corner of your diploma. It’s unclear whether the offending grease came from Dad who grabbed the diploma to inspect it mid-bite of his hamburger, or whether someone carelessly placed the diploma on the table near the oily breadsticks, but regardless, Mom now has an empty page in the family scrapbook where your diploma should be, and she wastes no opportunity to bring it up. Sometimes she’ll come up to you out of nowhere and go “You only get one high school diploma in your life, you know” before walking away, clearly still struggling to come to terms with the permanent blotch of grease.

4. The unidentified purple stain on the leg of her favorite pair of khakis

Mom’s favorite khakis were ruined on a warm spring day in 2008 when she came home from the neighborhood block party to find a strange, purple blotch over the left thigh. The entire family was then forced to entertain her half-hour-long brainstorm about where the stain could possibly have come from, ultimately landing on the possibility that she ran into a toddler’s thigh-height Sno Cone (which, Mom says, never would have happened if people would actually watch their kids). Regardless of how the stain came to pass, it did not disappear even when she sent the pants to the dry cleaner, and she has not found a comparable pair of khakis since. It seems as though The Gap discontinued this cut of pants—which they did, as Mom says, because “they don’t care about her.” So rather than try to purchase khakis again, she has sworn off light-colored pants permanently. But the mere sight of her closet, full of navy blue and black bottoms only, is proof that the psychic scar caused by the stain persists.

5. The oil stain that won’t come out of the driveway

There’s a 15-inch-wide oil stain at the front of the driveway at Mom’s house that she insists makes the family seem “dirty,” even though it’s the kind of stain that shows up on pretty much every driveway, and you can’t even really see it from the street. She’s tasked Dad with trying to get rid of it pretty much every other weekend for the past three years, a feat he has not tried too hard to achieve because, as he says, “It’s just a stain.” This gulf between Mom and Dad’s opinions on the stain has been a source of tremendous stress in their marriage, as Mom says that Dad “doesn’t even care,” and “would be content to live in a pigsty” if it weren’t for her. If Dad would just wise up, he might notice that Mom stands at the front window fairly regularly staring despondently at the stain and trying to gauge whether neighbors walking by are noticing it. If he doesn’t do something about this stain soon, it could seriously drive a wedge between them, because the extent to which it’s haunting Mom honestly might be more than their marriage can bear.

6. The red wine that’s all over the decorative West Elm pillow she won’t throw away

Just last year, Mom’s friend Tanya spilled red wine all over a vaguely tribal-print West Elm pillow that Mom coveted for almost six months before purchasing it for 80 percent off during a Black Friday sale.The pillow is off-white in color, and there’s absolutely no way the red wine is ever coming out of it, but Mom has refused to toss the pillow, choosing instead to keep it right by the laundry machine in case she spontaneously comes up with a groundbreaking new way to get the stain out. Every so often, she’ll solicit ideas from random strangers, like baristas and people in the waiting room at the doctor’s office, clearly still holding out hope that the pillow can return to its once-pristine state. There’s a sort of desperation in her voice when she asks “Have you ever gotten an old wine stain out of anything? I know there just has to be a way.” And sadly, she’s usually met with a disappointing suggestion like “maybe try OxyClean,” which only leads her to say “Yeah, I tried that,” in the most dispirited voice imaginable—perhaps in tacit admission that she really has no control over the stains that beleaguer her, and never will. It’s clear this stained pillow, along with all the other stains in the home, has done an enormous number on her mentally. We really hope she will be okay one day.