The Myth Of The American Dream: This Family Has Been In The U.S. For 3 Generations And Still None Of Them Has Been President 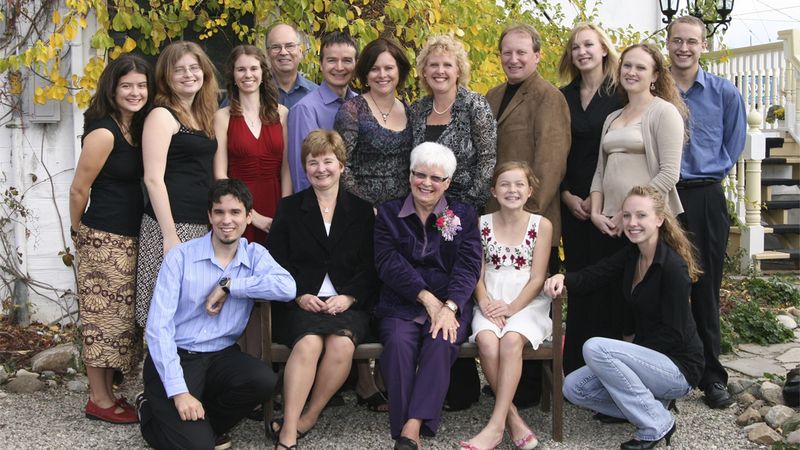 The United States has long been called the land of opportunity—a meritocracy rewarding those who work hard, no matter their background. This so-called “American Dream” has attracted countless immigrants to these shores, but you don’t need to look any further than the Kaminski family to see how this dream has become a myth: They’ve been in the U.S. for three generations and still none of them has been the president.

Not a single one.

Anatol Kaminski immigrated to the United States from Poland in 1928. He worked as a carpenter, a doorman, and eventually as an innkeeper, because he wished for his children to have the life he never could have. Despite his hard work, none of them ever made it to the White House, and then the unthinkable happened: Anatol’s grandchildren didn’t become U.S. presidents either.

“My father came to the United States to escape poverty and persecution,” explained 64-year-old Michael Kaminski, one of Anatol’s sons. “He worked 90 hours a week supporting us, but it was not enough. I’ve never been the president, and neither have my brothers or sisters.”

Michael attended the Yale School of Medicine and worked hard to become a highly regarded radiologist at a top research hospital. And still, he is not the president. An even harsher truth about America’s glass ceiling? He’s not the vice president either.

“My son Lewis went to grad school for political science, and even then he never became the president of the United States,” Michael said. “Sometimes I wonder if he’ll ever be.”

But it’s not just the Kaminski family. Millions of people have come here from all over the world yearning for a better life. Looking purely at the statistics, very few of them (less than 50!) have even gone on to become the president.

The Founding Fathers formed a country where everybody, regardless of class, creed, or religion, could and would achieve their potential and become president if they worked hard. Almost 250 years later, we could not be further from that ideal. It is not a stretch to say that Franklin, Washington, and Jefferson would not even recognize this country. Michael Kaminski doesn’t either:

“Seeing now, three generations in, how hard it is to become the president of the United States,” Michael says, “I wonder if my father would have even bothered to leave Poland 80 years ago.”