The Power Of Love: This Woman Gave Up Her Lifelong Dream Of Being A Painter To Marry Someone Who Thinks Art Is Dumb 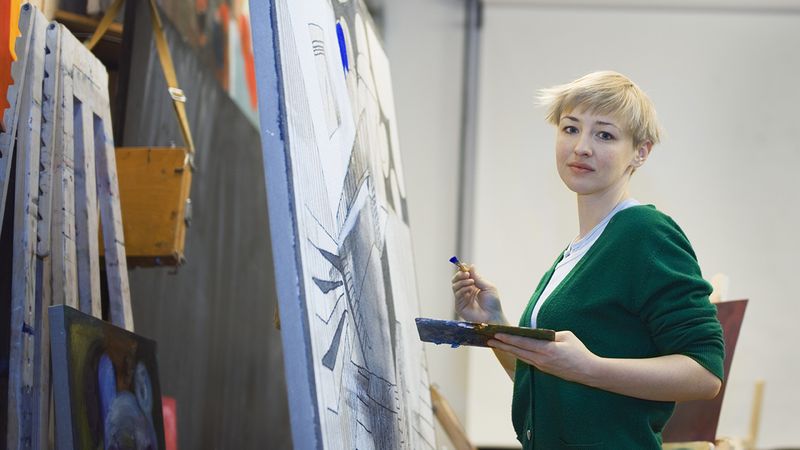 Get ready to believe in love again!

Ever since she was a child, Paige Vincent was driven by a natural artistic passion. From discovering painting in high school to building a profound appreciation for the greats in college, art always came first. But that all changed when she met William Lustig. The spark between them was immediate, and before she knew it, Paige was giving up her lifelong dream of being a painter to marry a man who thinks art is dumb.

Wow, the power of love prevails!

At a glance it seemed improbable. For Paige, there was no greater joy than a day spent at the Museum of Contemporary Art, while Bill, who says art just isn’t his thing, could seldom be dragged past the lobby. But as they say, the heart wants what it wants. Just one year after their first date, Paige, the once-aspiring artist, was happily saying “I do” to a man who thinks art is for dumb rich kids who can afford it.

Against all odds, Cupid’s arrow got Paige to surrender her deepest, dearest ambitions to be with someone who doesn’t get what the big deal is with paintings. Absolutely beautiful.

So in love was Paige that she immediately had her home studio moved to a storage locker to clear space for something they both could use like a home gym or office. And when William suggested they “maybe move around the dog paintings” to make room for a surround sound system, Paige did him one better by lovingly transferring her very first triptych from the wall to under the bed. What a touching story!

They say every love fades eventually, but five years later, Paige and William are more in love than ever. And now that her husband won’t go to the museum with her, Paige has decided that she won’t go either, finally seeing the merit in William’s belief that “if you’ve already seen most of them, what’s the point in looking at them again?” Indeed, love is one powerful drug.

There’s definitely no shortage of marriage advice floating around these days, but if Paige has proven anything by shelving the pursuit that used to mean everything to her, it’s that when it comes to true love, there really is someone for everyone.