The Power Of Teamwork: This Incredible Group Of 5-Year-Olds Came Together To Kill A Horse 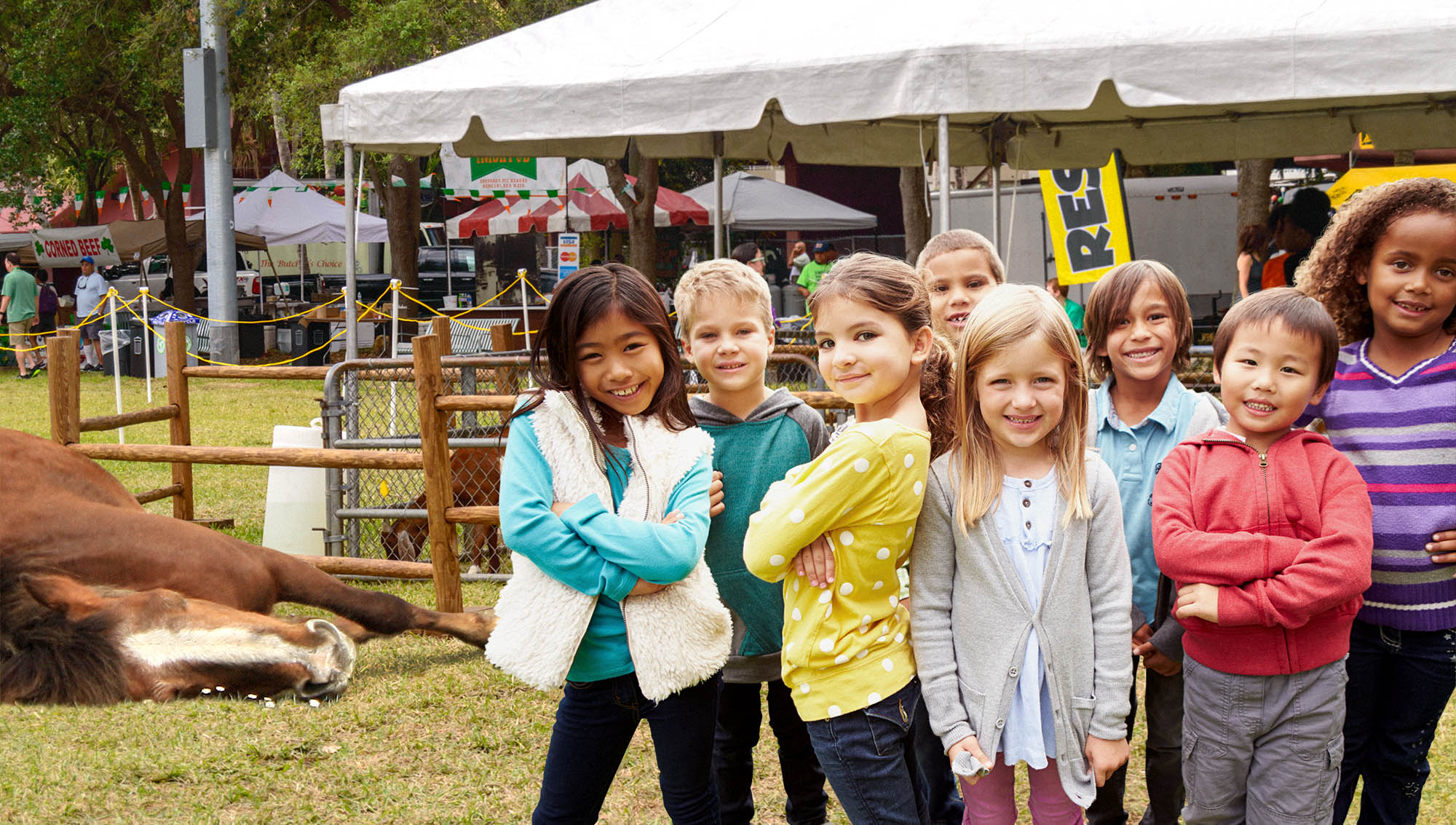 Here’s a story that once again demonstrates that virtually anything is possible through the power of teamwork: This incredible group of 5-year-olds came together to kill a horse.

Wow! What a truly remarkable feat!

When kindergartners from Hoover Elementary School arrived at a local petting zoo for a field trip earlier today, they quickly took to harassing the animals in the way that small children often do: yelling at the sheep, poking the pigs, and chasing around chickens with unbounded energy. It just seemed like kids being kids at first, but then something truly extraordinary happened. Six-year-old Evan Dunwell, noticing an old mare minding its own business over in the corner, suddenly shouted, “Let’s kill that horse!”—a proposition that all the other children were unanimously on board with, prompting them to immediately spring into action. With some of them working together to topple the horse, others tying a jump rope around its neck, and still more beating it with their lunch boxes, the amazing kids swiftly coordinated to incapacitate the half-ton animal. Although the horse certainly put up a valiant fight—bucking and shrieking and kicking any child that came near its hooves—the kids ultimately triumphed over the beast after about 20 minutes of battle, with the horse drawing its final breath as the kids wildly stabbed it over and over with the colored pencils their teacher had given them to draw in their workbooks.

And the teamwork didn’t end there. After the kids succeeded in killing the horse, they excitedly celebrated their achievement, jumping up and down on the dead animal’s enormous ribcage and chanting, “We killed the horse! We killed the horse!” They then decided to muster their collective strength and drag the horse down to a nearby creek to see if they could get it to float downstream, remaining unified and focused even as their teacher screamed for them to stop and threatened to give them frowny-face stickers on the Behavior Board back in their classroom.

Just phenomenal. If these kids can already do something as difficult and ambitious as killing a horse and dragging it to a creek while they’re still in kindergarten, then there’s really no limit on what they’ll be able to accomplish in the future. It just goes to show that if you work together and believe in yourselves, literally nothing is impossible.